A 19-year-old Dutch footballer, Splinter De Mooij has reportedly declared that he’s retiring from professional football to pursue his dream of becoming a Doctor, Sport Bible has reported.

Splinter was a Feyenoord Football Club academy player who joined the Netherland Eradivisie side as schoolboy in 2013 and was promoted and signed official contract in 2018. But he has decided to quit football in an attempt to pursue his “second dream” studying medicine, starting in September.

The youngster announced his decision to the public in a statement posted via his official Instagram account @splinter16. In his post, Splinter said, his dream of becoming a professional footballer came true when he was admitted into Feyenoord academy in 2013 and got promoted to signed his first contract. 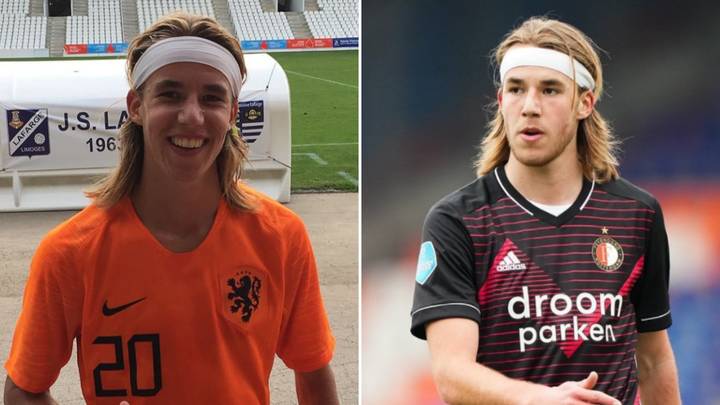 Splinter added that he has informed the club today, having spent 7 years with them, that he will leave in order to make his second dream, which is to become a doctor, come true. He further added that he’s starting his medical studies by this year September and concluded by appreciating Feyenoord, the staff of Feyenoord Academy, as well as, his teammates.

“When I was scouted by Feyenoord in 2013 and later signed my first professional contract, my dream of becoming a professional footballer came true.

“After 7 great years at Feyenoord, I informed Feyenoord today that I will leave the club to make my second dream come true, namely to become a doctor. I will start my medical studies in September of this year.

“Thank you Feyenoord, the staff of Feyenoord Academy and Key Sports for the wonderful training and guidance I have received from you. And for my teammates: thanks for the friendships and everything we have been through together!