A Nigerian Afro Hip-Hop singer, songwriter and record producer, Damini Ebunoluwa Ogulu popularly known as Burna Boy, has been beaten in an award category at the 2021 Brit Awards by a Canadian singer, Abel Makkonen Tesfaye, simply known as The Weekend. 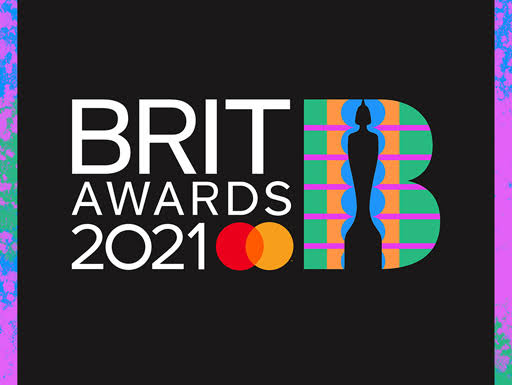 Burma Boy falls in Best International Male Solo Artist category with The Weekend, Bruce Springsteen, Childish Gambino and Tame Impala but the Grammy Awards winner failed to deliver this time around as the Canadian R&B star was crowned the best in this category.

According to reports, Two American singer-songwriters, Taylor Alison Swift and Billie Eilish, and The Weeknd were among the biggest winners at this year’s Brit Awards.

Brit Awards is an annual British award and this year’s edition was held at the popular London arena, O2 Arena, a multi-purpose indoor arena in the centre of The O2 entertainment complex on the Greenwich Peninsula in southeast London. 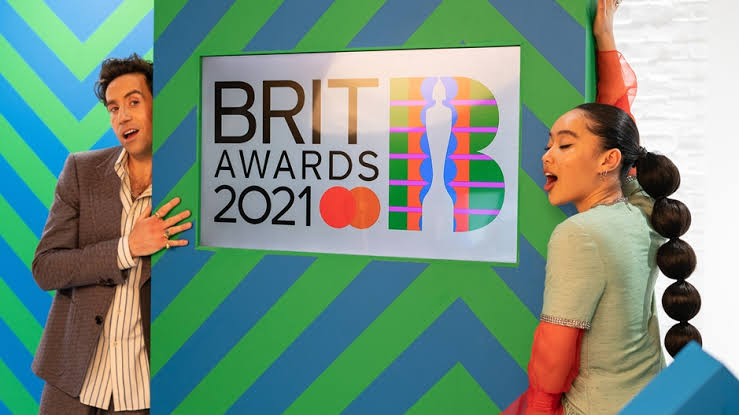 It was also reported that the event gives prominence to live performances from many heavyweight musicians across the world including Dua Lipa, Elton John & Years and Years, and Coldplay, who performed from a boat on the Thames outside the arena.

The Cable gathered that J Hus won the award for ‘Male Solo Artist’, while Dua Lipa picked up the ‘Female Solo Artist category. The International categories were won by The Weeknd and Billie Eilish respectively, with Haim named ‘Best International Group’.

Taylor Swift won the ‘Global Icon award’ to become the first female artiste to win in this category. 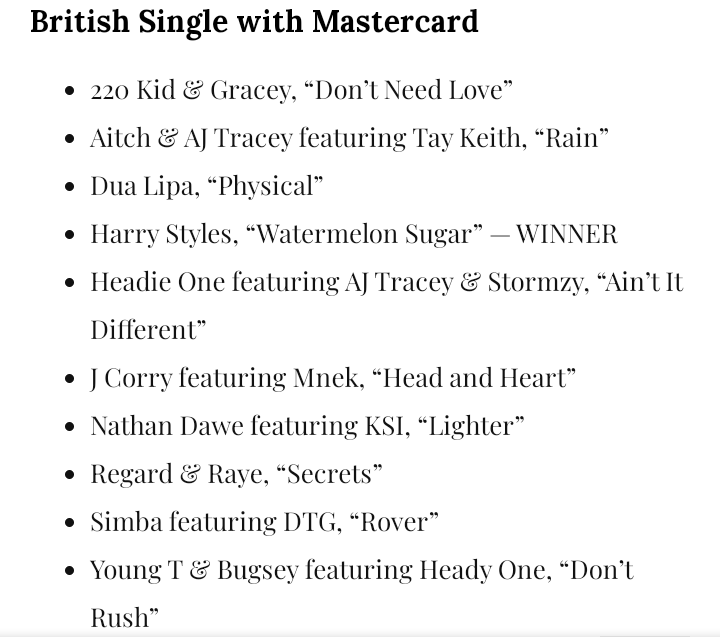 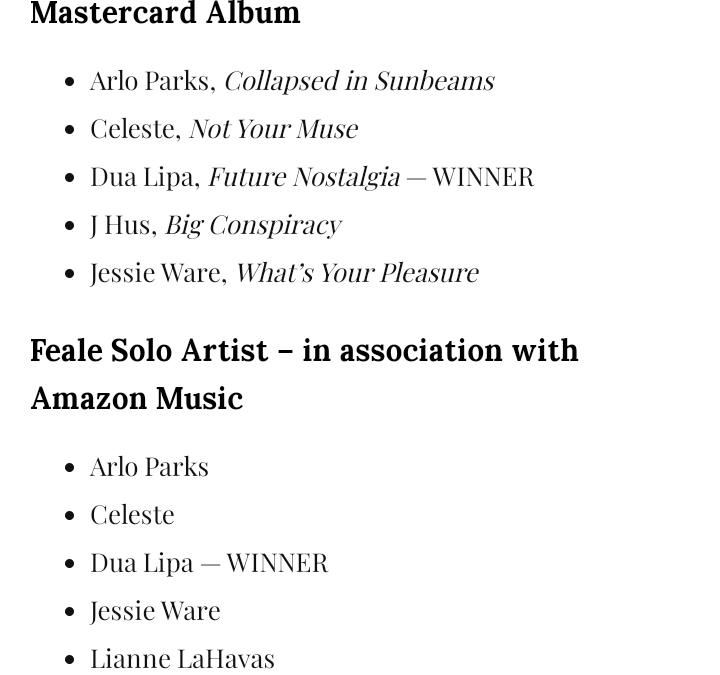 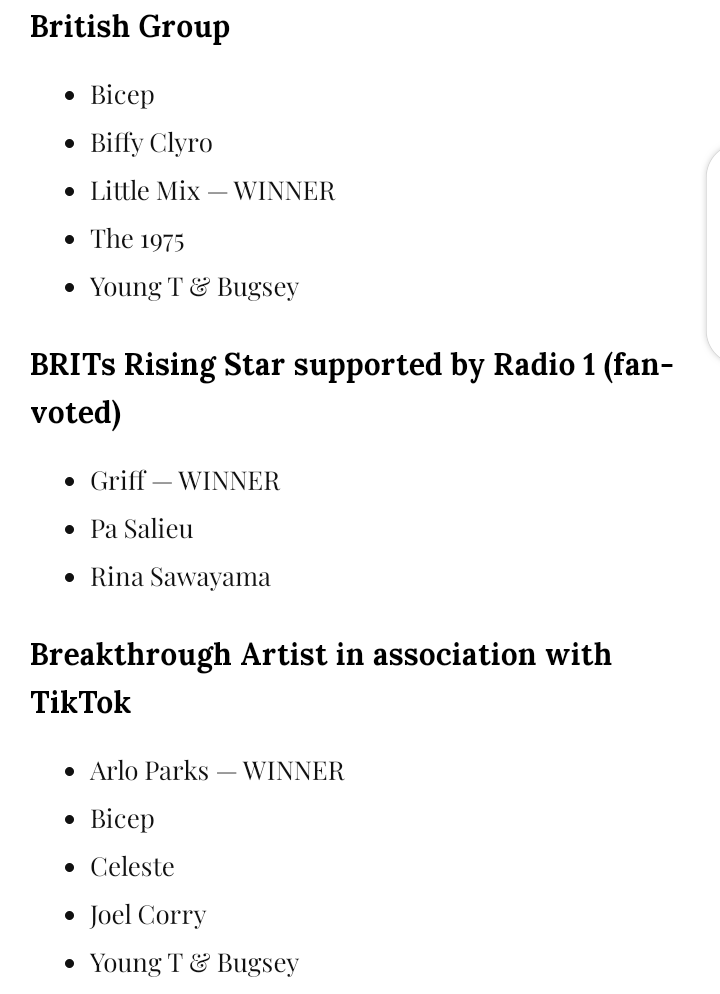 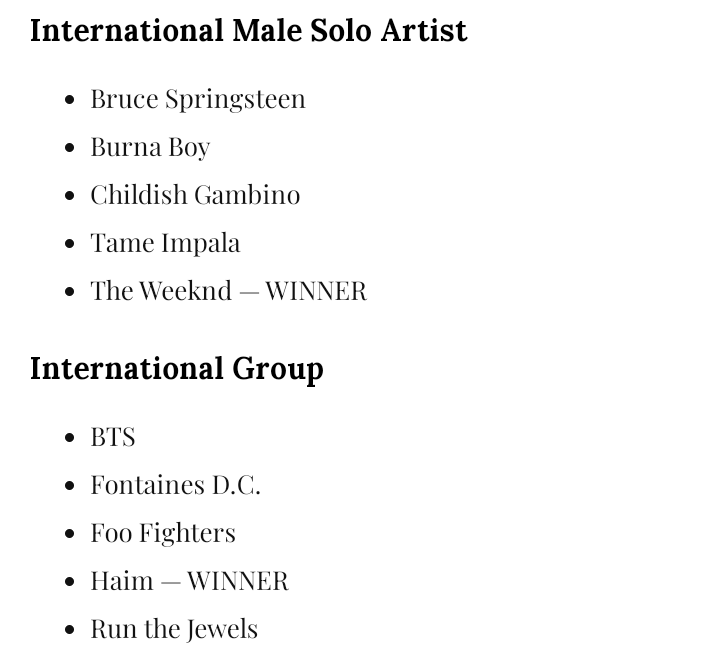