BBN S6 (VIDEO): Angel Expresses Shock At How Excited Saga Was To Leave The House After Nini’s Eviction, Pere React.

The reality TV show has kept its viewers entertained since it kick-started in late July as they have witnessed many dramas, suspense, games and more from the Housemates.

The last eviction show before the final week was aired on Sunday, 26 of September where Queen, Saga and Nini were all evicted. 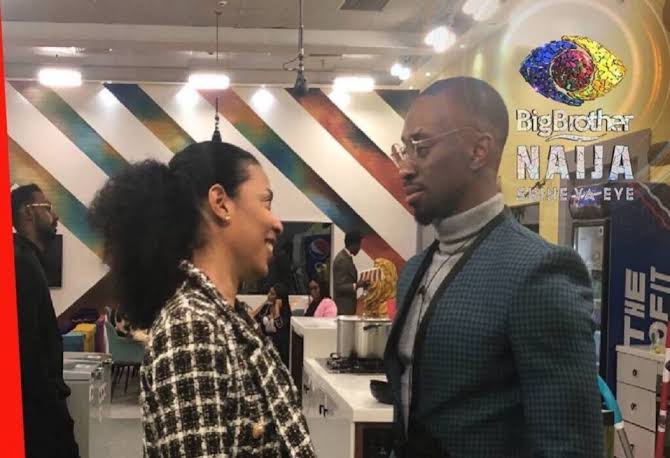 Shortly after Nini was evicted, Saga was also told to leave the show but his reaction while he was leaving showed that he was no longer interested in continuing the show as Nini who he love so much was no longer in the house.

This, however, triggered a reaction from Angel as she disclosed she was surprised to see Saga looked very happy to follow Nini out of the show.

Angel, during a conversation with Pere in the White room, said she had never seen anyone reacted the way Saga did when he was told to leave Big Brother Naija House.

The most criticised Shine Ya Eyes Housemate suggested that the reason Saga was happy to leave the show was that Nini had been evicted, so the show would have been different for him.

Meanwhile, after Saga left the show, he said that he was happy to leave the house because he could see Nini. And without Nini’s presence, the show would have been boring for him.

I am sending it to several friends ans also sharing in delicious.
And naturally, thanks in your sweat!

Thank you for some other magnificent post. Where else could anyone get that type of info in such an ideal way of writing?
I have a presentation next week, and I’m at the look for such info.

VIDEO: Man Cries Out After His Wife...