BBNaija 2021: Reactions As Pere And Jackie B Were Sighted Whispering to Each Other’s Ear On Bed.

Two Big Brother Naija “Shine Ya Eyes” Housemates, Pere and Jackie B have become the talking point on social media after they were sighted on a bed whispering into each other’s ear in a viral video shared on Facebook by the organisers of the reality TV show.

It has been an interesting season so far on the show as the Housemates are settling in the House, blending and getting more into each other, while the viewers and the lovers of the show are eager to see to the two housemates who would first fall in love with each other.

Big Brother Naija via its official Facebook page shared a video of Pere and Jackie B leaning on the bed while they were whispering romantically to each other and captioned it with:

“Are we the only ones noticing a little something blossoming between Pere and Jackie B?” 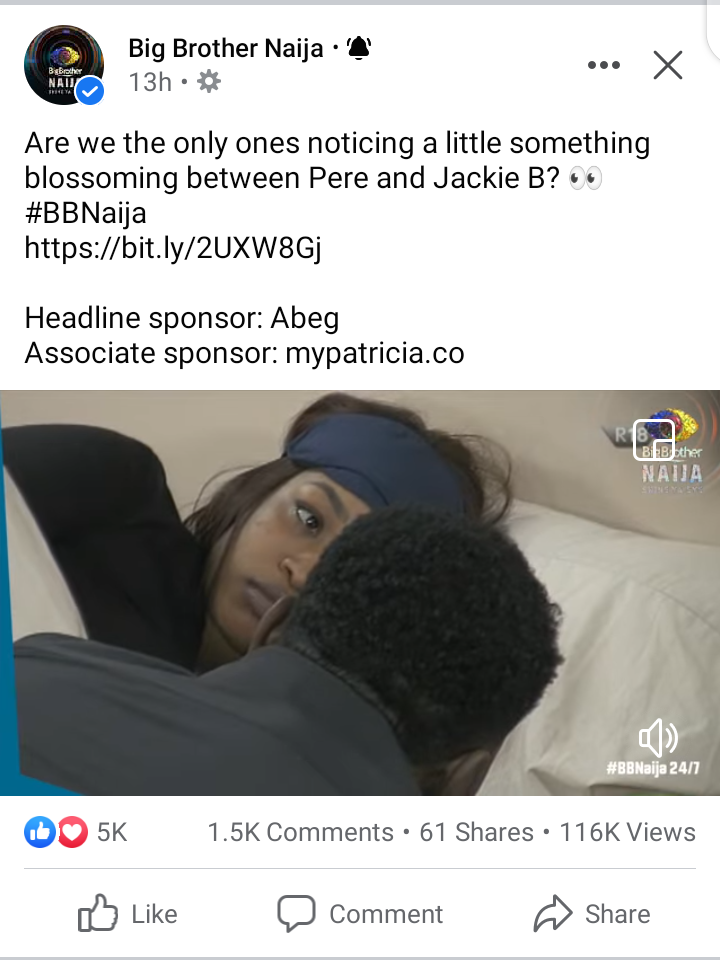 This, however, drawn many reactions from people and the lovers of the reality TV show on the social medium and they trooped to the comment section of the post to discuss what they noticed or thought about the video.

See The Screenshots of Their Reactions Below: 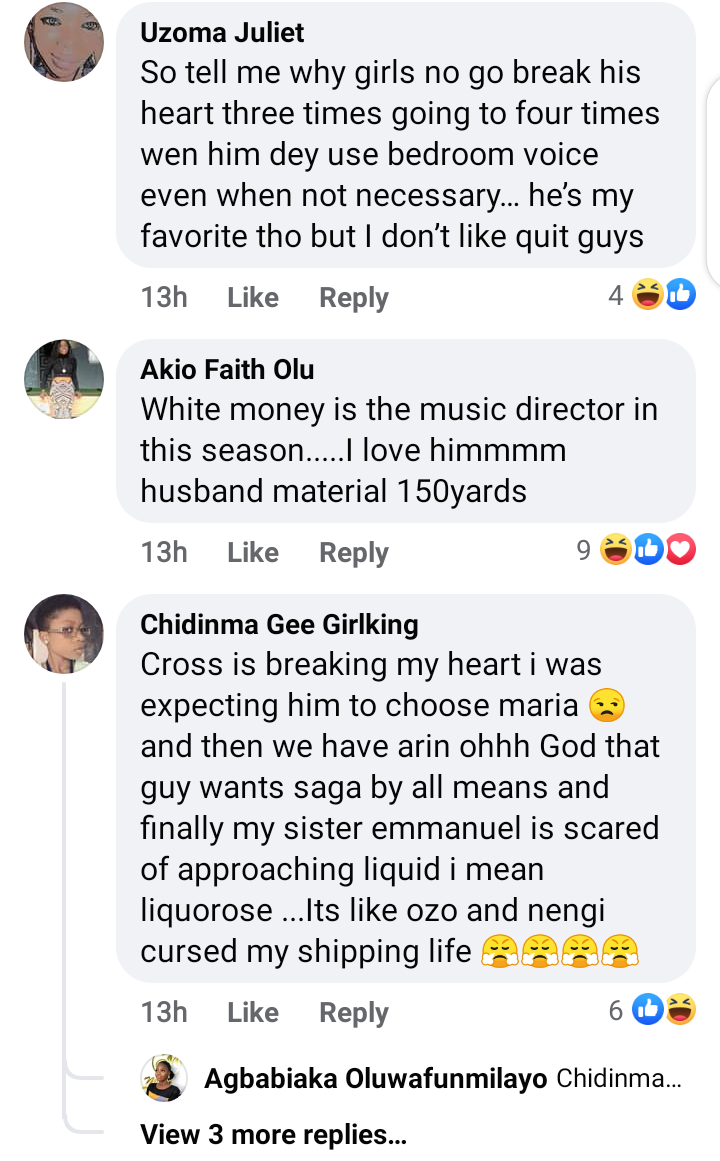 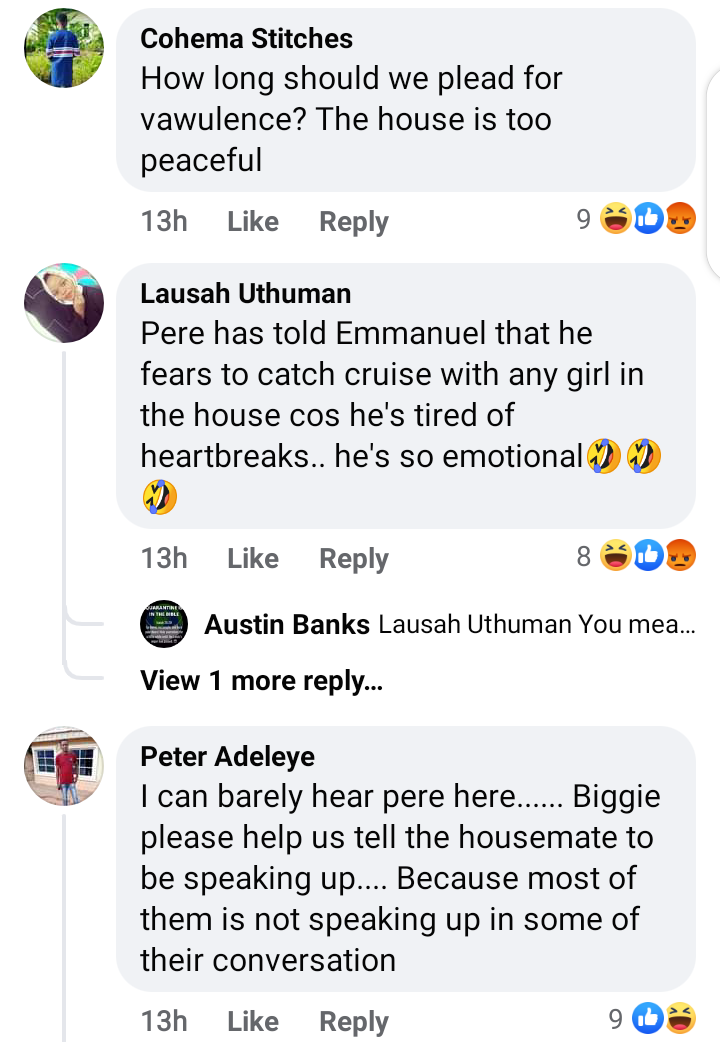 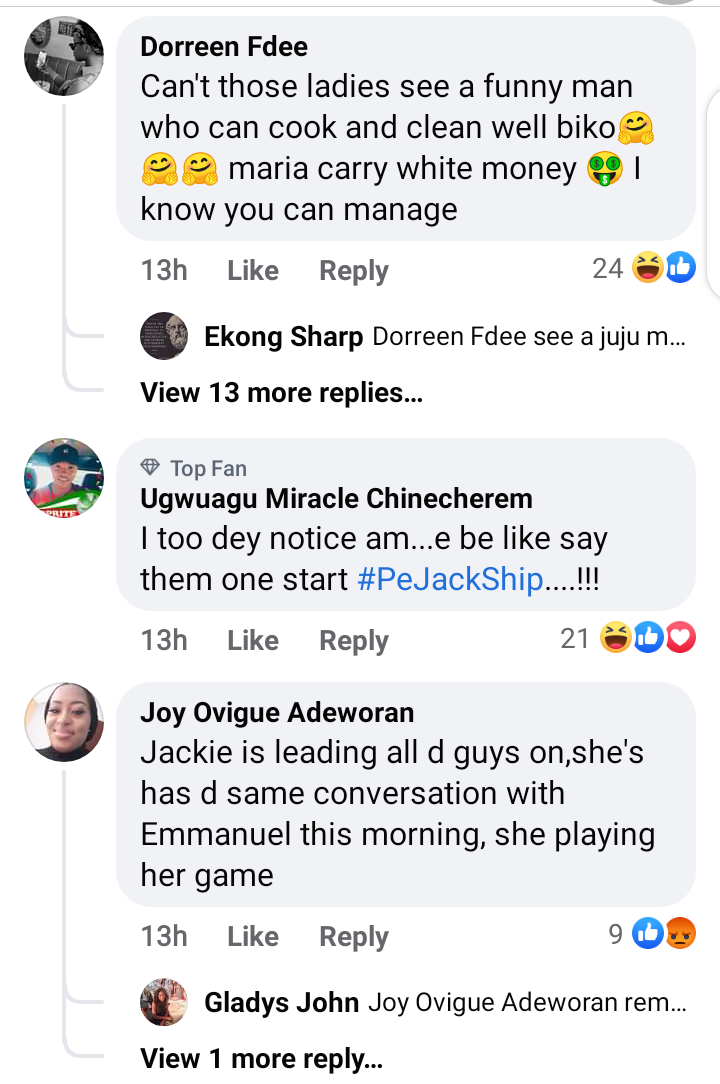 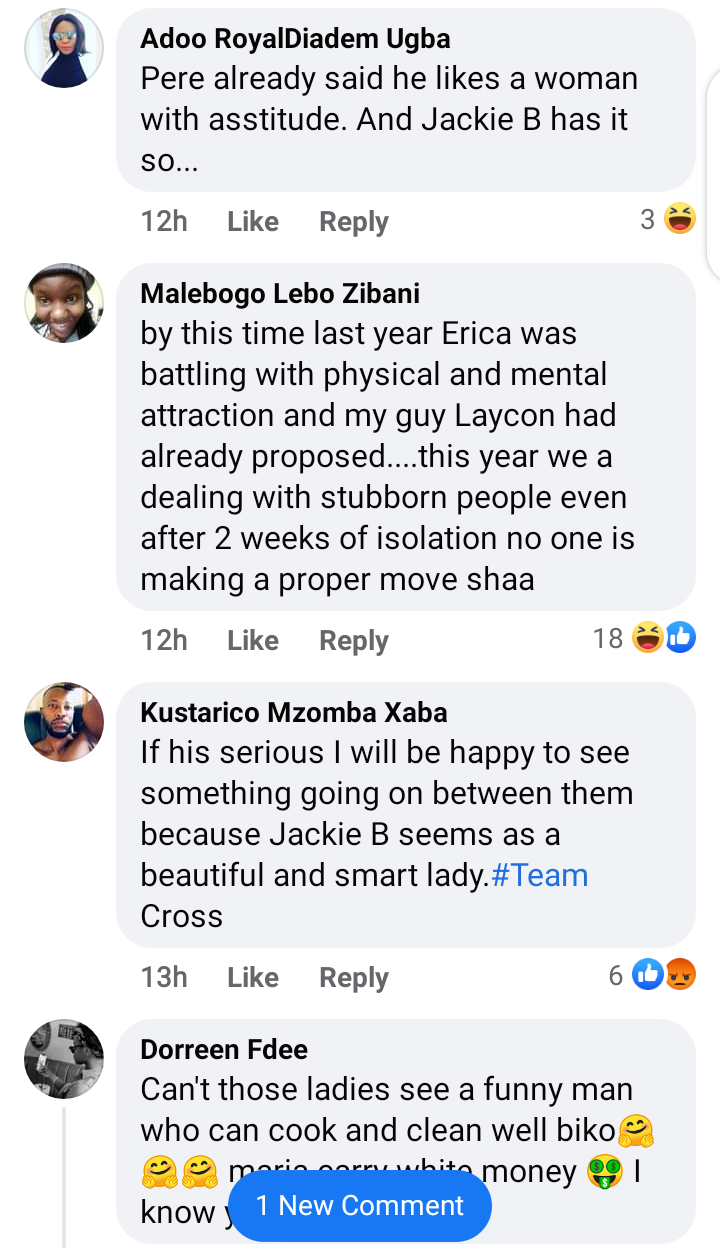 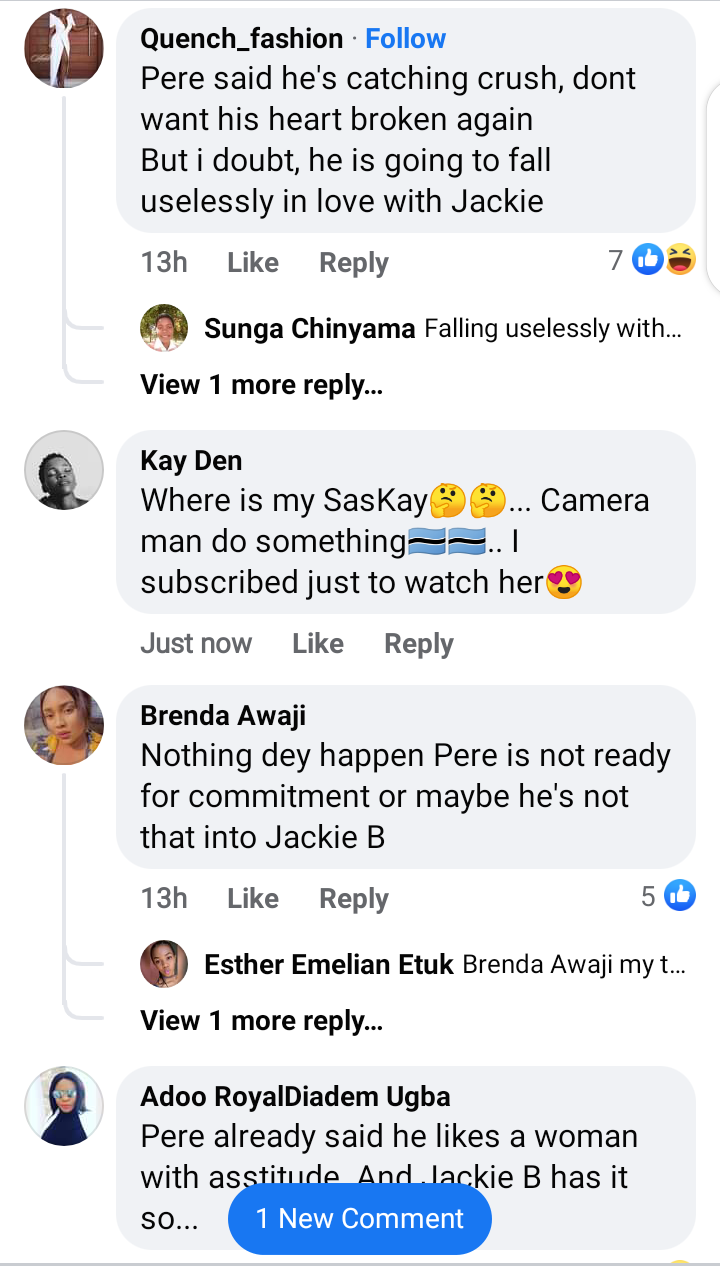 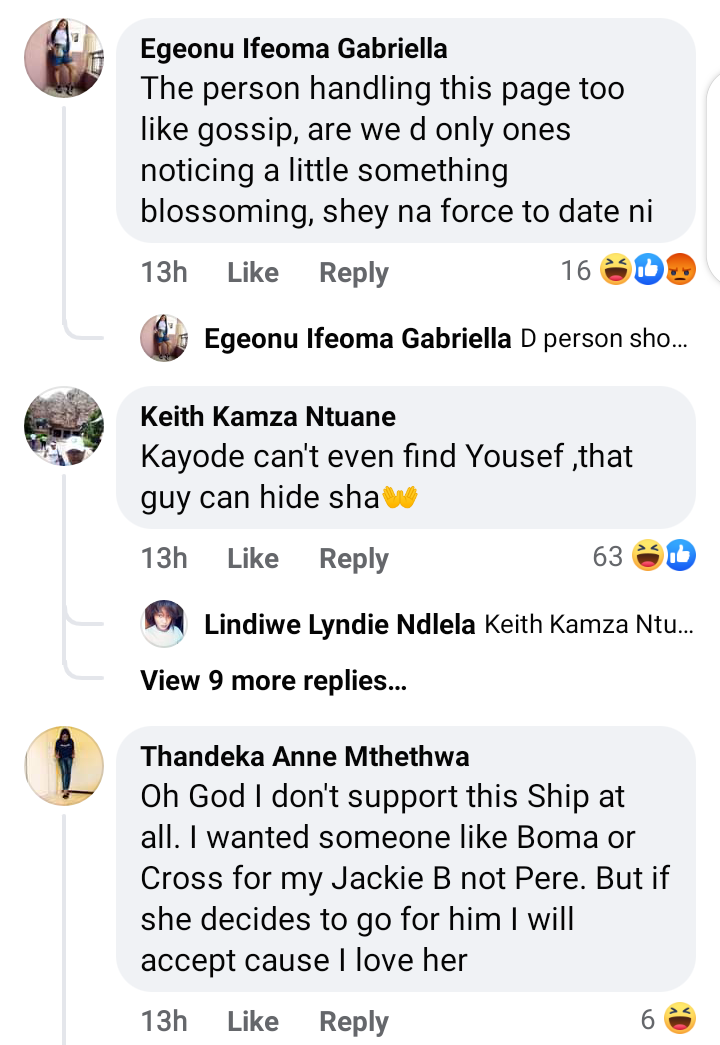 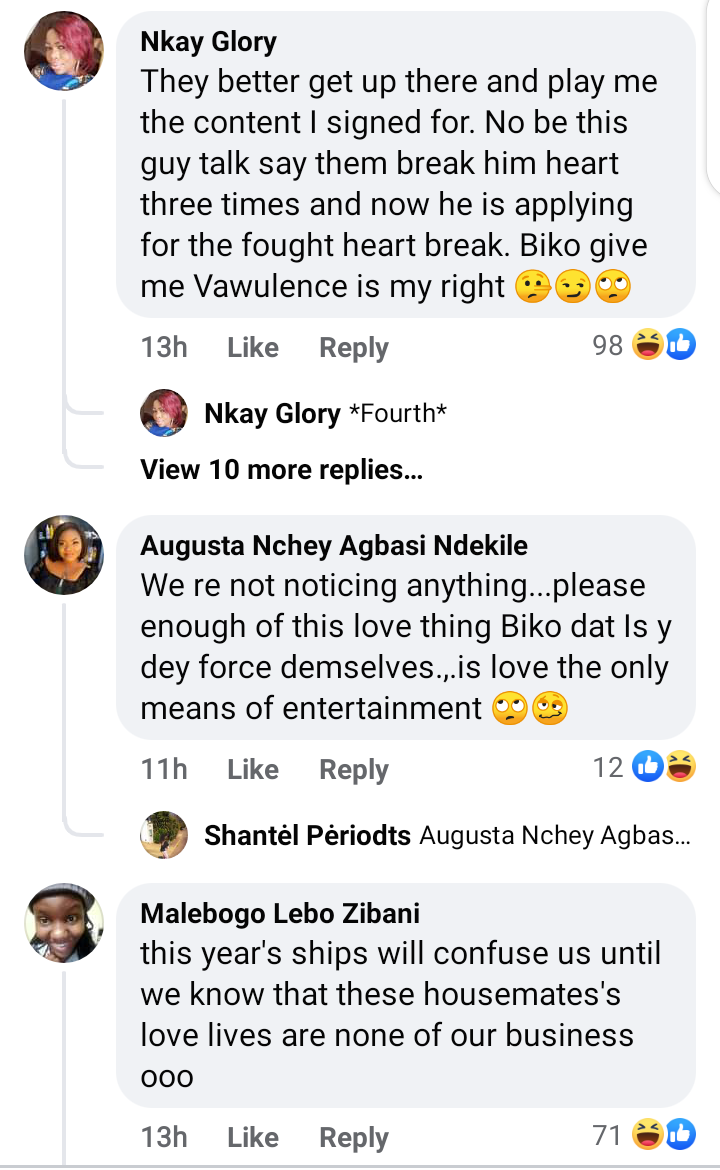 BBNaija Shine Ya Eyes: Biggie Finally Reveals Pere And Maria as The Wildcards.

“Only A Few Minds Operate On Your...