A Big Brother Naija “Shine Ya Eyes” Housemate, has drawn the ire of fans on social media after he had a serious fight with a fellow and female Housemate, Angel, with some saying they can’t wait for him to get evicted from the show because “he’s full of himself”.

Boma and Angel were engaged in a heated argument yesterday, where the former allegedly talked to the latter in a disrespectful manner that their fellow Housemates had to console her.

Following their fight, some Housemates told Angel that she should not allow the fight to demoralise her and not give space to anyone to look down on her as she’s pretty, young, and capable of growing to become somebody great in life.

Read Also: #BBN: “I Nearly Lost My Temper Before I Remembered Where I am,” – Jackie B Speaks On Her Issues With Maria.

Big Brother Naija, in a post shared via its official Facebook page, attached a picture of where Angel is being consoled and captioned it with.

“Some Housemates stood in and offered Angel some kind words after her fight with Boma yesterday.” This, however, drawn many reactions from people as they trooped to the comment section of the post to attack Boma while only a few of them tried to explain that Boma has to do that to ensure things being in order in the House because he’s the Head of House, HoH.

See The Screenshots of their Comments Below: 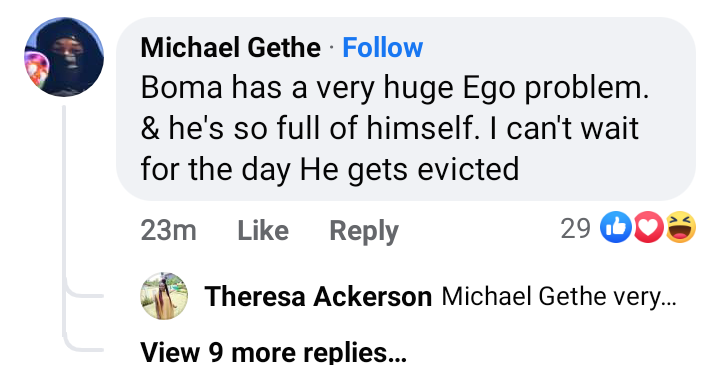 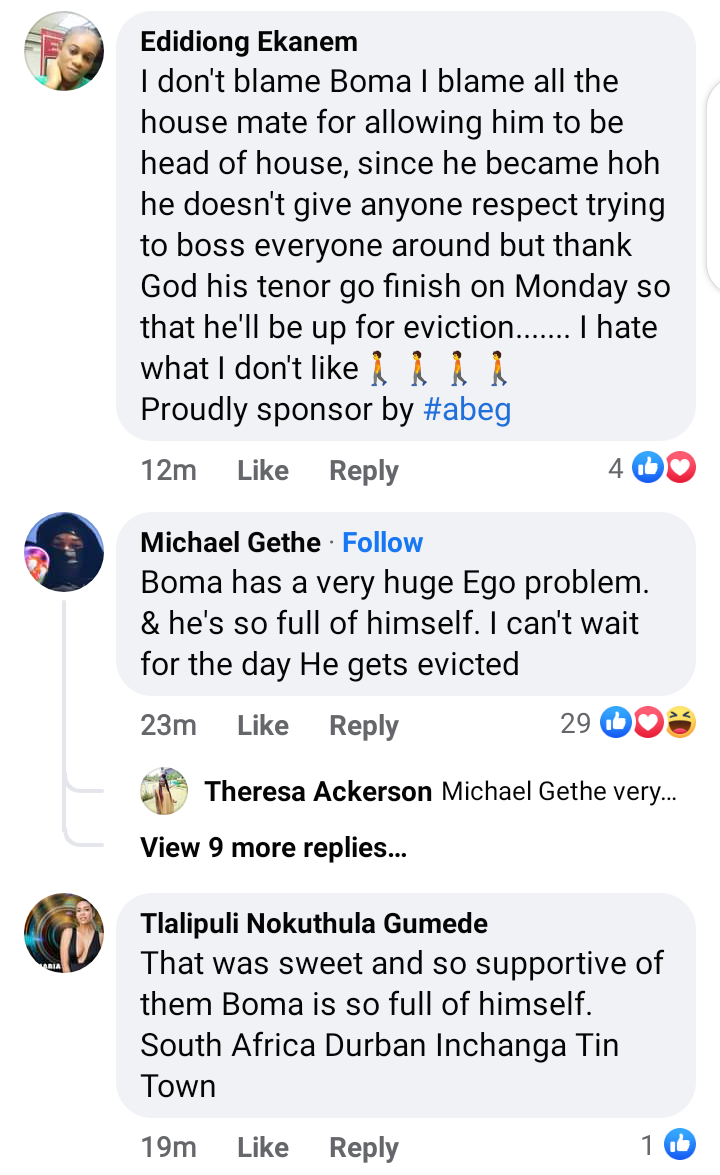 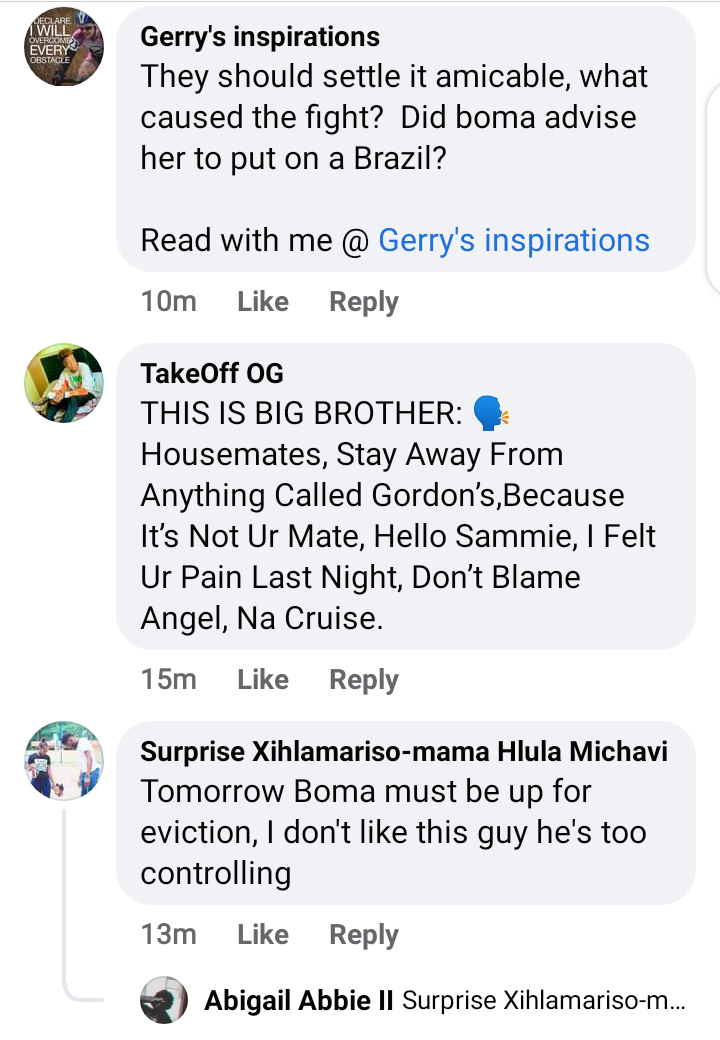 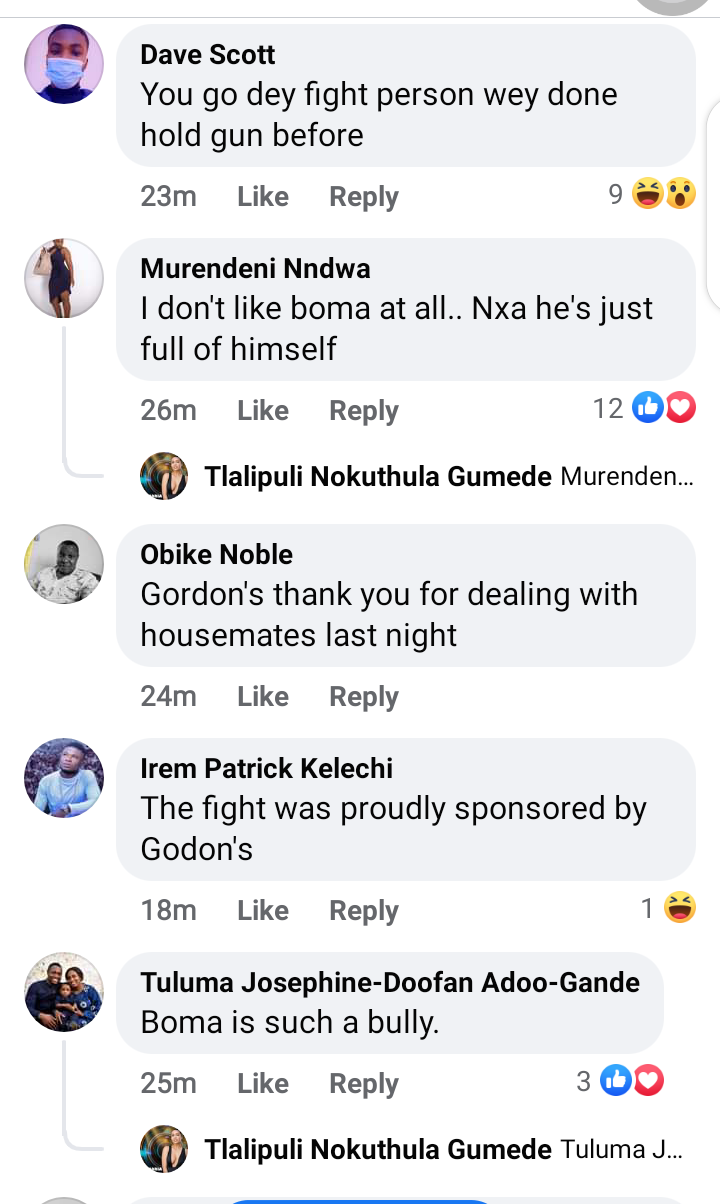 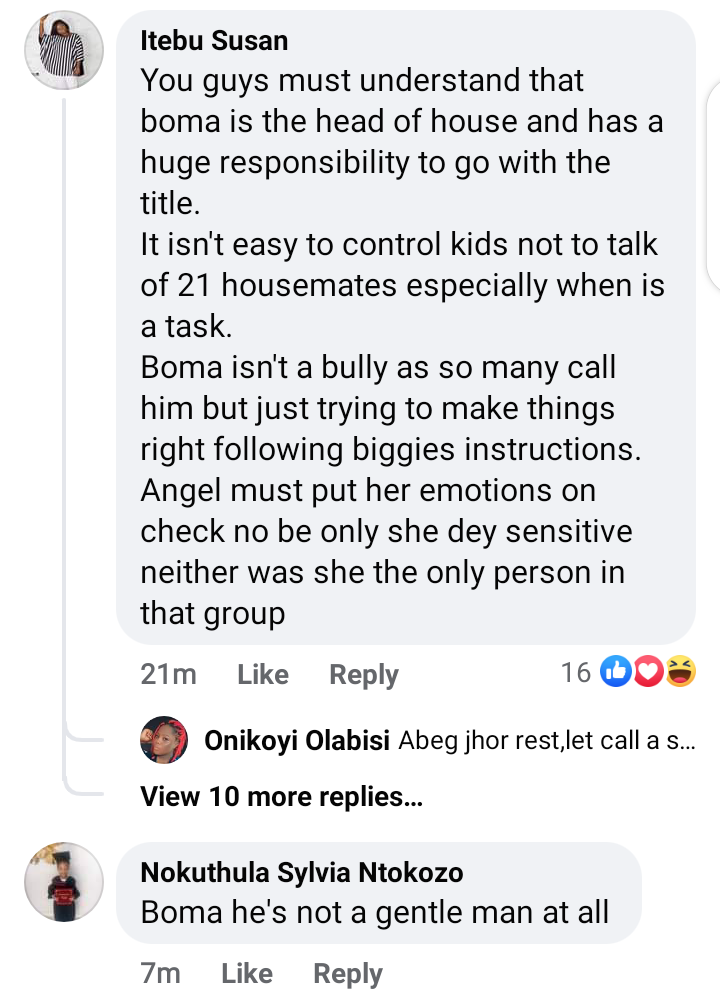 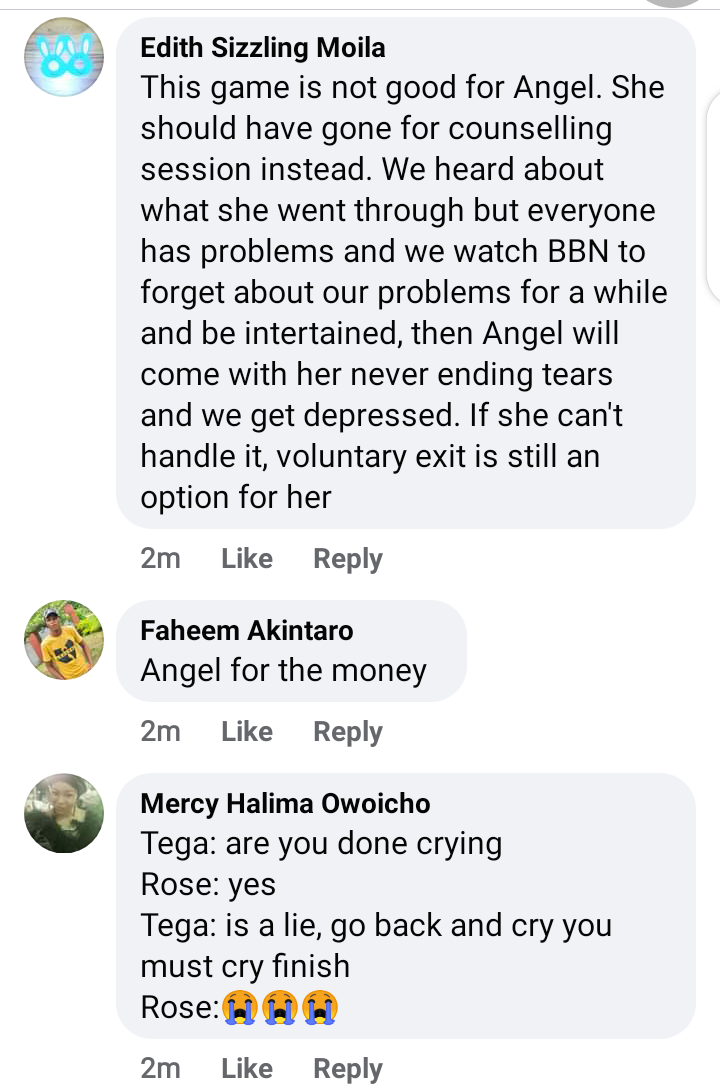 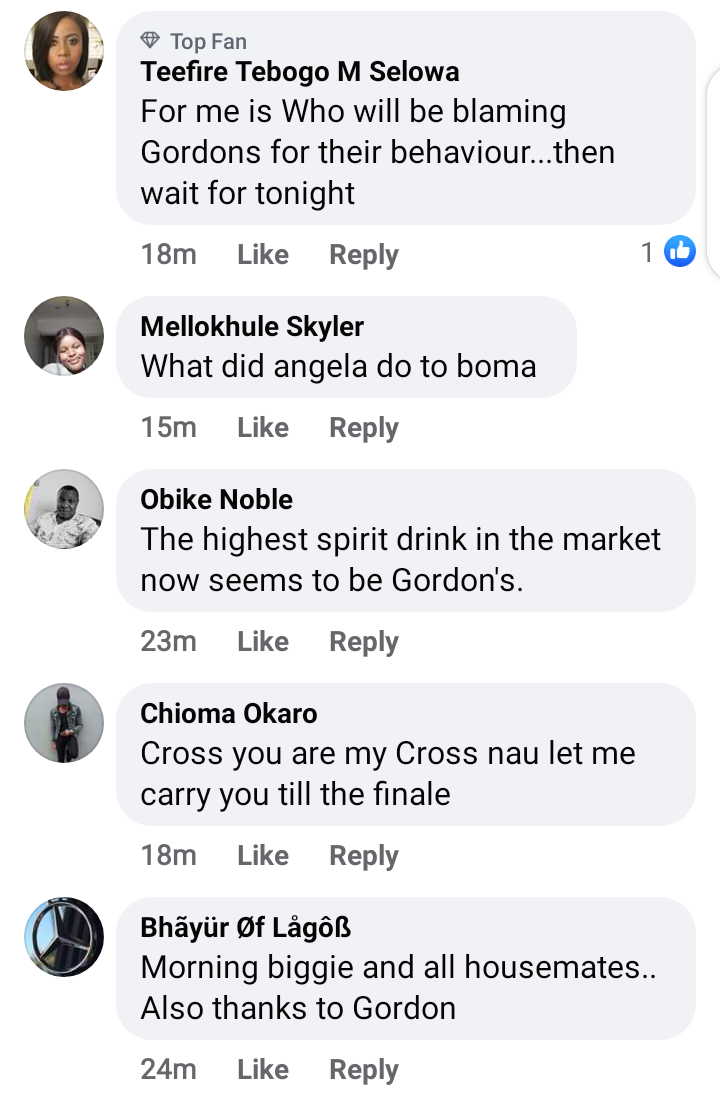 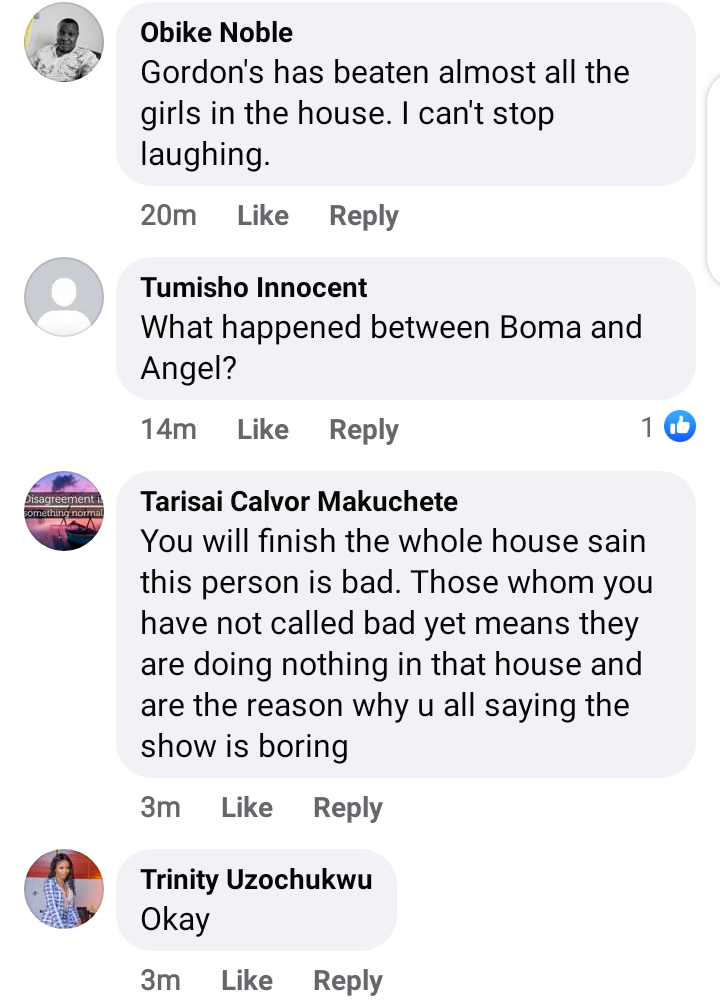