BBNaija Reunion: Erica Calls Laycon A Snake, Says Talking About Him Is A Waste of Time [Video].

The Day 8 of the reunion show featured the two friends-turned-enemy engaged in a war of words over their encounter in the big brother house as it was highlighted in the thriller of the episode.

Erica Nlewedim who appears to still be unhappy about the issues between her and the winner of the “Lockdown” season, Olamilekan Moshood Agbeleshebioba, called him a snake and she disclosed that there is no point talking about him.

Recall that Erica was disqualified from the show due to the fight she had with Laycon, and after several warnings by the big brother.

Months have passed, but things seem to still be the same, as Erica still feel disgusted by the thoughts of the Fierce Nation act, Laycon.

The viewers of the show have been clamouring to see Erica who hasn’t been on the show before but it seems she will be there on Monday after all. 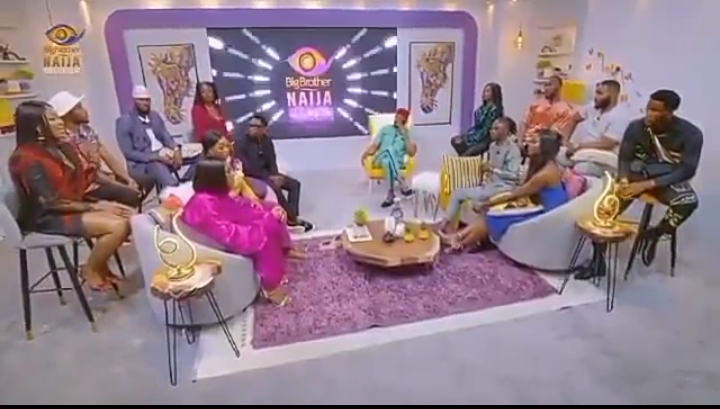 Lockdown Housemates having discussion with Ebuka at the BBNaija Reunion Show

In the preview of Monday’s episode that has been circulating, Erica is heard and seen in a moment speaking with disgust about the rapper and the winner of last year edition of the big brother Reality show.

She added that she regrets calling him a friend because he was never one, and she has seen no reason why she will be speaking about him because it would be a waste of time.

Read Also: BBNaija Reunion: Nengi Denies Getting Closed to Kiddwaya Because of His Money.

Erica nailed Laycon for saying in a video that if he has the opportunity to speak to her, he would tell her all kinds of good things, adding if he’s being truthful, he would have talked to her on WhatsApp because they are in the same group chat.

It is yet unknown the details of what led up to those statements are, but we will surely be getting the full scoop after Monday’s episode.

Watch the video highlights below: