Ex-Big Brother Naija Housemate, Nelson Enwerem, popularly known as Prince has declared meeting or getting involved with his fellow “Lockdown” housemate, Tolanibaj as his only regret in life.

This year Big Brother Naija Reunion Show, since it started on June 27, has been drama-filled, with the Lockdown housemates making some crazy revelations about each other and the hidden secrets they had together during their stays in the BBNaija house.

During the last episode of the reunion show, the Delta born model made the revelation when he was telling his side of the story of the troubles he’s had with Tolanibaj and Dorathy. 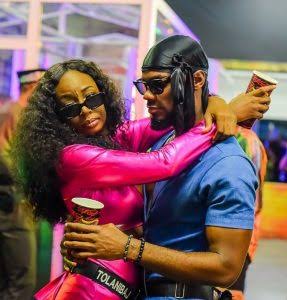 Speaking about his involvement with Tolanibaj, he said she has been the cause of so many troubles around him, adding that even his family and friends have had to endure some disrespect because of her.

He stressed that he usually doesn’t have regrets, but so far, he would say that Tolanibaj has been his greatest regret so far.

10 Students Arrested by Police For Abducting Polytechnic Undergraduate in Ado-Ekiti.