Maria, after winning the Head of House (HoH), last week was notified that there will be no eviction but she has to make the other Housemates believe that she has been given the power to nominate any one of them that least impress her for eviction.

Biggie also told Maria, as part of their eviction ruse, to instruct six Housemates that she had rated as the bottom six to pack their loads and put it in the storeroom.

Read Also: #BBN S6: Why Pere May Be Up For Eviction This Week. 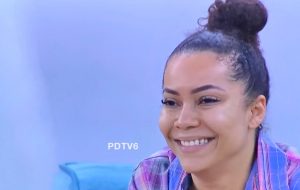 Big Brother, while addressing Housemates before they started the HoH game on Monday, hailed Maria for the job well done, saying she executed the secret task with admirable equality.

He, therefore, declared that the Housemate will be rewarded with Abeg Naira later in the week for perfectly executed the task.

“Davido Made Your Net Worth On His...