Cross, a Big Brother Naija season 6 Housemate, has disclosed he is the son of a controversial businessman, from Ihiala, Anambra State, Ezego.

The Housemate made this known while he was having a conversation with his fellow and female Housemate, Peace on Saturday, 14th of August at the dining area.

In the conversation, Cross revealed to Peace the controversial billionaire, Ezego was his dad, adding that the death of his father had a serious negative effect on his mental health. 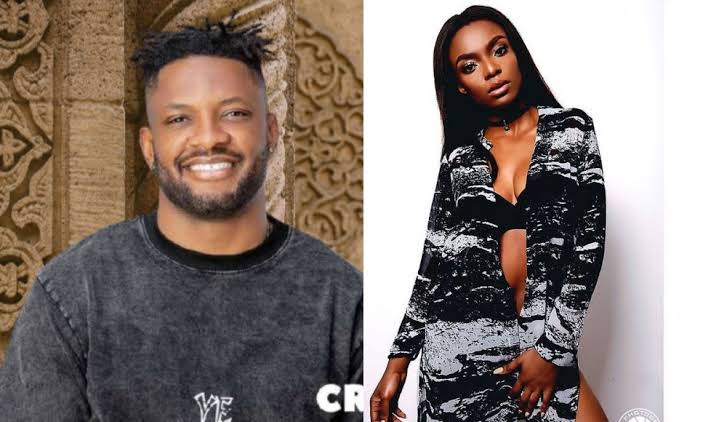 A mixed picture of Cross and Peace.

In his words, he noted that the playful Cross that is now known to many people was as a result of him working on himself. He stressed that the death of his father left a lot of built-up anger in him, but he has now been able to control it.

Speaking further, Cross also disclosed that his family were being scammed by his father’s lawyer who was read his will for them as he fled with the documents when it is time to read it.

His dad, Ezego was born on December 25th, 1964 and he’s from Ihiala in Anambra state. He died in the year 1999 at 34 of serious injuries sustained from an auto crash on his way to his hometown.

His source of wealth had raised unanswered questions as he became wealthy after a very brief stay in Lagos. This has, however, led to serious criticism from people as it is unclear how he was able to acquire a lot of wealth within a short period.

#BBNaija: “They Will Soon Say He’s Monopolising The Salon” Fans Shade Pere As WhiteMoney Shows Off His Barbing Skill.