WhiteMoney, a Businessman, fans favourite and the rave of the moment has emerged as the winner of Shine Ya Eye season of the arguably African best and most-watched reality TV show, Big Brother Naija.

Watch The Moment Ebuka Announced WhiteMoney as The Winner:

Earlier in the week, only six Housemates (WhiteMoney, Liquorose, Pere, Cross, Angel, and Emmanuel), were remained as the finalists who would be vying for the N90m grand prize. 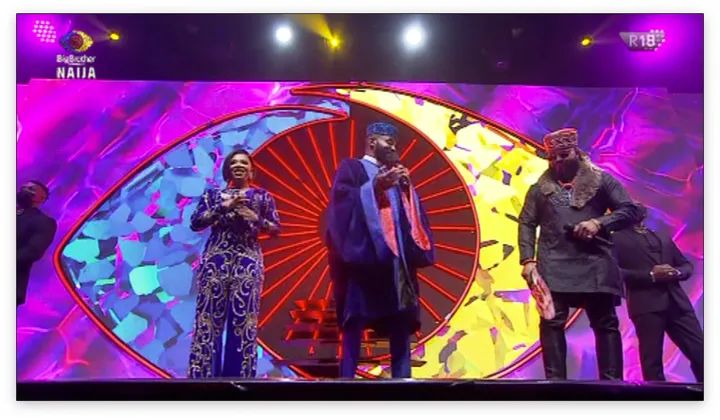 Meanwhile, the grand finale night saw the eviction of five out of the remaining six Housemates and only one of them emerged as the winner which was none other than WhiteMoney.

WhiteMoney Has This Say To His Fans:

According to the Host of the BBNaija show, Ebuka Obi-Unchendu, approximately 1 billion votes were counted this season and it is clear that WhiteMoney gathered a larger percentage of these votes as the stats of how the viewers voted puts him way ahead of others.

Here is How The Viewers Voted for Their Favourite Housemates: 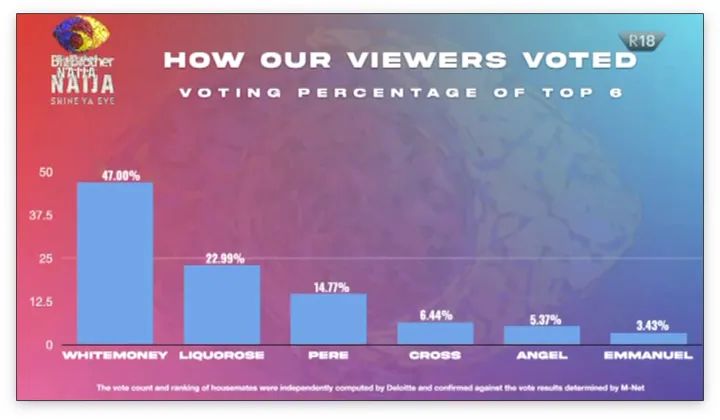