Barcelona Talisman and Argentina National Team Captain, Lionel Messi has showered encomiums on his teammates for their deserved victory over Brazil in the CONMEBOL Copa América final at the Maracana Stadium.

The 6-time Ballon d’Or winner who has failed to win any international trophy for his country despite reaching finals on three occasions finally broken the jinx on Sunday when his side took on the Seleção at their home ground in this year edition of the Copa América. 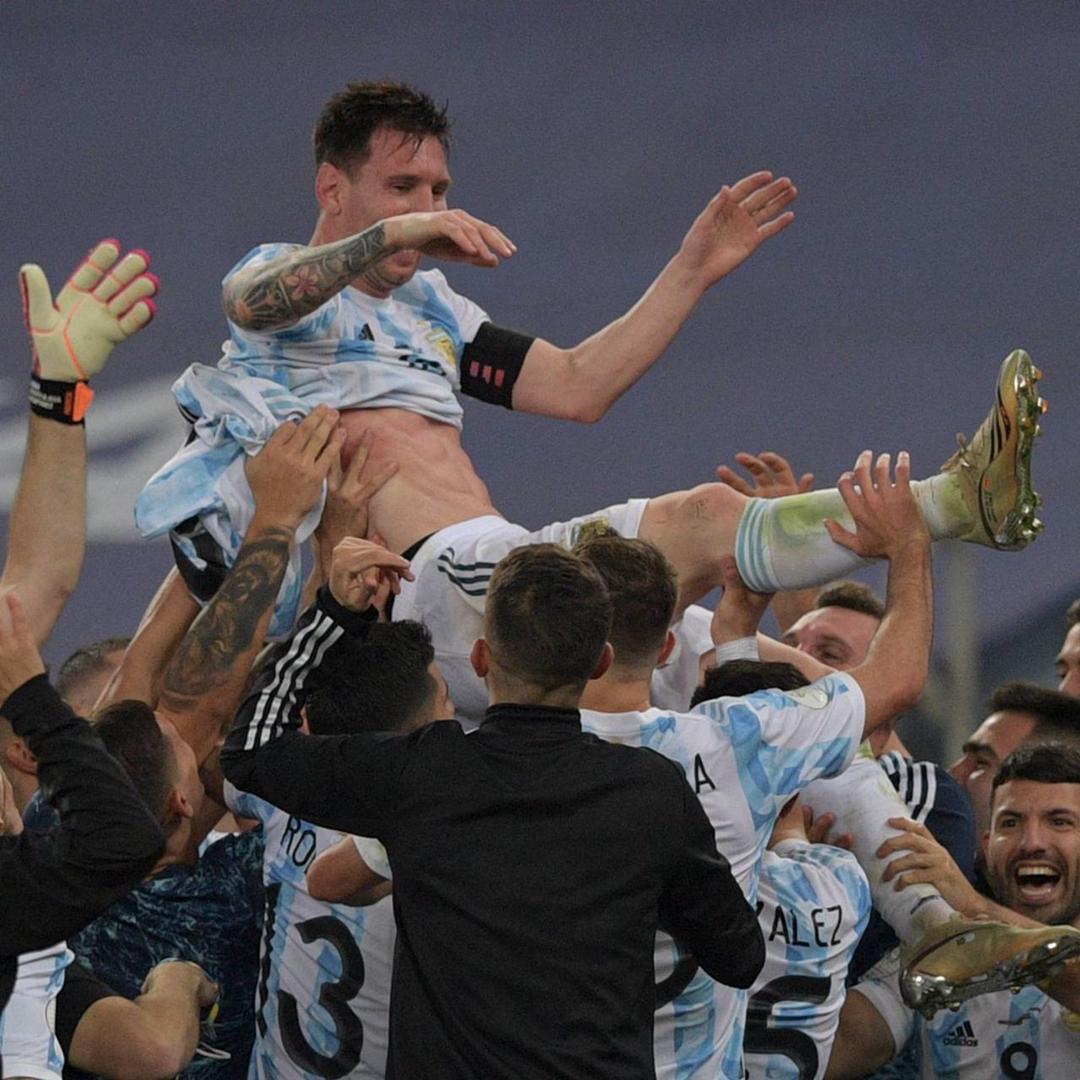 Messi and his teammates celebrating the Copa America victory

Messi, while speaking on the victory said he was close to winning the trophy many times, but he believed it will eventually happen. He also thank God for the victory, adding that beating Brazil in Brazil was God’s saved moment for him.

“I was close many times, I knew it would happen eventually. I am grateful to God for giving me this moment, in Brazil against Brazil. I think He was saving this moment for me,” he said.

Messi who is regarded by many as the football greatest of all time gives credits to his teammates, noting that they have written their names in the history book, adding that beating Brazil in a final in Brazil was not an easy task.

“I still don’t think we are aware of what we have done, beyond becoming champions. Now we’re really happy, celebrating, but this is a game for the history books, beating Brazil in a final in Brazil.” 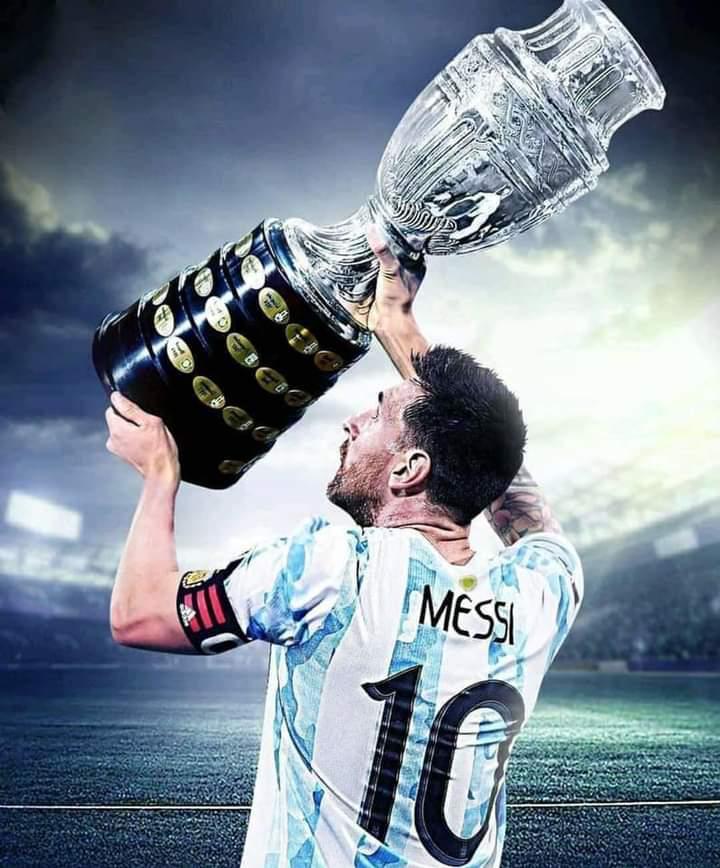 Messi with the Copa America trophy

“It’s crazy. I can’t explain how happy I feel. I’ve been sad many times with Argentina after tournaments but I knew it would happen and there’s no better moment. This team deserved it,” he added.

Read Also: I’m Not Sure if He’ll Be Able to Play Football Again – Cardiologist on Eriksen.

Speaking further, Messi portrayed Argentina current squad as the national team of the future, adding that they have proved it by winning the Copa. He added:

“I told the team that they’re the national team of the future, and I was not wrong. They proved it by winning this Copa. We’ve been working together for a while now. It’s a great group of guys. I am happy.

Apart from winning the tournament, the football maestro also won the highest goal scorer and best player of the tournament, after scoring four goals out of which two was from freekicks.