Chief of Army Staff Death: Two People Jumped Out of the Plane With Parachutes Before Crash – Eyewitness

Two unknown people have been said to have escaped with parachutes from the Beachcraft 350 aircraft that crashed and killed Nigeria’s Chief of Army Staff, Attahiru Ibrahim, on Friday, according to the account of an eye-witness in a now-viral video circulating online.

The eyewitness, whose name is unknown, narrated in an online viral video shared by Senator Dino Melaye on his Facebook page that they saw two people jumping out of the aircraft shortly before it finally went down and killing all other passengers on board, including the Late Chief of Army Staff. 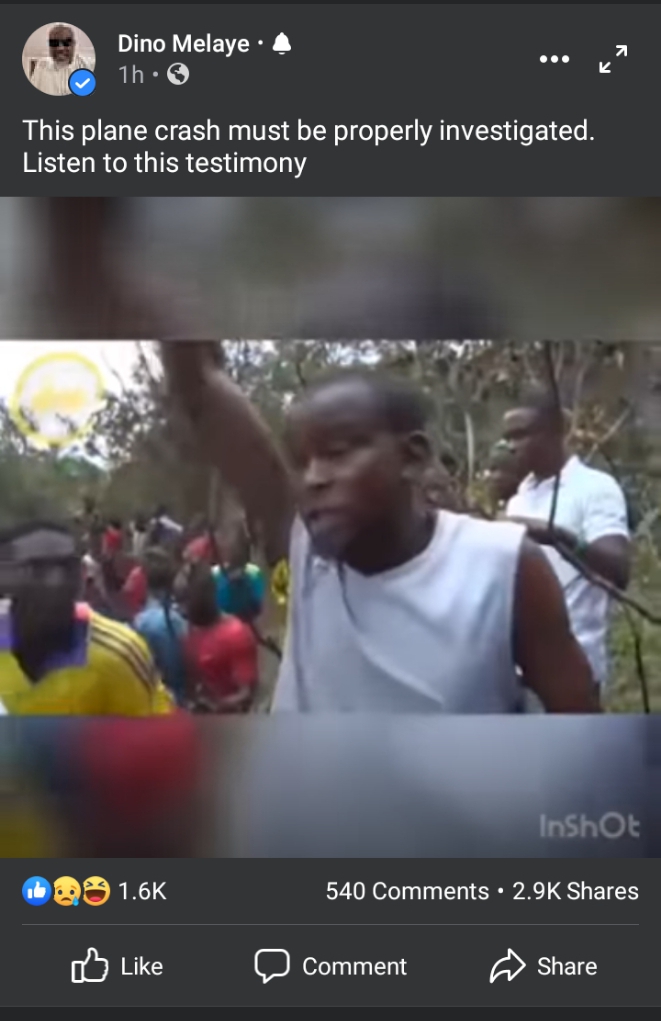 The eyewitness explained that some of them watching the military plane from the ground initially thought it was engaging in some sort of military training and manoeuvring until they saw it coming down and engulfed in flames.

Read Also: NAF Begins Investigation on the Plane Crash that Killed Chief of Army & 11 Others.

He emphasized that shortly before the plane started coming down, they saw two people jumping out of the plane and later triggered their parachutes to escape into the bush where they could not be traced again.

Hotnewsinnaija has reported that the Chief of Army Staff, Attahiru Ibrahim, who was appointed on the 26th of January this year by President Buhari, has reportedly died in a plane crash in Kaduna today. He has since been buried today after a short prayer at the National Mosque Abuja.

The Beechcraft 350 aircraft, which is a military plane, crashed at the Kaduna International Airport on Friday, claiming all twelve souls onboard including the newly appointed Chief of Army Staff, Attahiru Ibrahim.

NAF Begins Investigation on the Plane Crash that Killed Chief of Army & 11 Others.