This was disclosed in a statement released on Thursday, by the spokesman of the agency, Wilson Uwujaren.

The spokesman, in his statement, disclosed that Justice Musa ruled that a 45-year-old property agent, Lawal Umar, a 43-year-old mechanic, Alexander Danjuma, and Theophilus Omambala, a 47-year-old engineer, are guilty of giving false information to EFCC operatives at the Abuja zonal office. 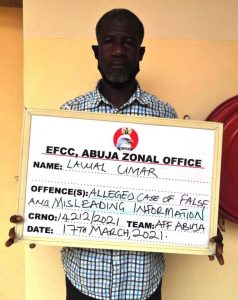 The aforementioned three men were alleged of giving false whistleblowing information to operatives of the agency that monies were stockpiled in one of Audu Innocent Ogbe’s residence, located at Lugbe, a suburb of Abuja. 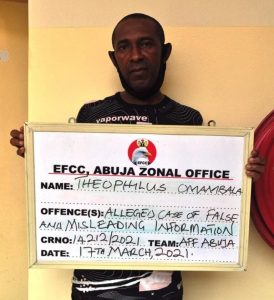 According to the spokesman, the defendants were said to have earlier pleaded not guilty upon arraignment, but at the Thursday’s hearing, they changed their pleas to ‘guilty’, having entered a plea agreement with the prosecution”. 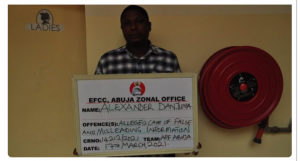 The court, thereafter, urged by the prosecution counsel, Aliyu Usman, to convict the defendants, but the counsel to the defendants, A.I. Na-Jirgi, appealed to the court to temper justice with mercy, noting that they were “first-time offenders and had become remorseful”.

The judge therefore sentenced them to prison, with the option of N50,000 fine each.

Those Responsible For Nnamdi Kanu’s Arrest Finally Revealed by IPOB.

2023: Fielding Northern Candidate May Have Devastating...