A Catholic Priest and the spiritual director of the Adoration Ministry (AMEN), Father Ejike Mbaka, has admitted he meets with President Muhammadu Buhari with three persons over a contract that has become controversial. The Cable has reported.

Mbaka, although, denied meeting President Buhari for his gain but the deal in question was a “contract of security the country”. The Catholic priest disclosed this in his church on Sunday during a sermon. 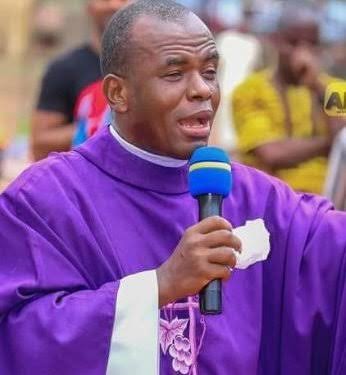 Mbaka added that the meeting was during Buhari’s first regime when he took three white men he claimed he never knew but said they had the platform to bring an end to the high level of insecurity in the country in under a month.

Recall that the presidency through President Buhari’s spokesman, Garba Shehu had accused the man of God of seeking Buhari’s removal because he was denied after seeking government contracts.

Father Mbaka, while addressing thousands in his congregation in Emene, Enugu state, disclosed that the white men in question came to meet him at Enugu to request his assistance in getting to the president.

Speaking further, Mbaka condemned the presidency for choosing to hide the truth while “you started attacking the person who said the truth.”

In his words, Mbaka said he doesn’t want to talk about the accusation because it is laughable and childish. He added that whoever is saying that is a shame to himself and shame to the people he is representing.

He said he’s not defending Garba’s stupid allegation but God has used him to tell the world that Buhari’s government is not giving him money. He added:

Shehu, may God bless you for telling everybody that you are not giving me a contract. And these are the three men that we brought that will handle insecurity for the country; they had the gadgets. The white people had the facilities. That was during the first administration.

They said they will help them in conquering insecurity. They had the platform to end insecurity in this country under one month; under Abba Kyari. I just handed them over to the government people. They denied them of these.

Mbaka reiterated that he doesn’t know those people, but they came to Enugu and to meet and asked for help from him in reaching out to the government.

He stated the varieties of things they said they could do to help the government to be, tackling the country’s insecurity, extending helping hands in reviving the oil apparatus in the country and get the whole youths employed. He added: “These are the three people they rejected their offer since they know how to talk.” 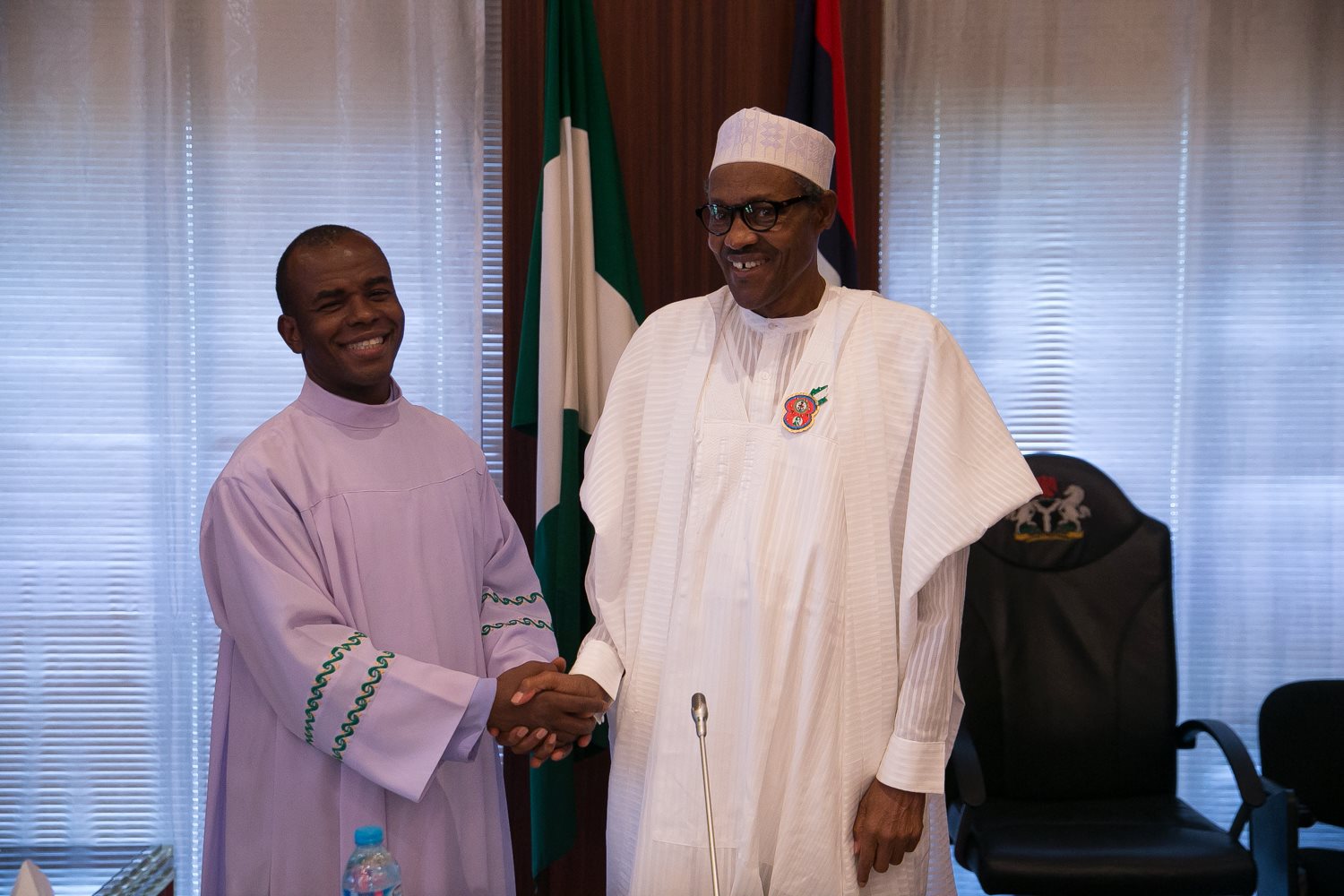 Father Mbaka said he had nothing to gain from the said meeting, but he, on the other hand, attacked the presidency for not having a “reward mechanism”.

He spoke about the people he has helped in life and asked:

All the people they have been giving contracts, are they better than me? Am I begging them, do they know how many people I feed? Fortunately, they reported that they denied me of the contract — which contract?”

And even the people they are talking about that went there, I didn’t even discuss one per cent of ‘if you get this contract’; contract of securing the country? What am I going to gain from it? As if to say when he pushes that, Father Mbaka is no longer a Nigerian,” he said.

They have shown that they don’t have what they will call, reward mechanism. If Shehu is a human… I don’t even know who the Shehu is. He should be apologising that by now, they have not come down to say nagode Allah for surviving whatever they are passing through. The last person this administration should fight is Father Mbaka talking here because if they speak against me, the anger of heaven will be upon them and how they will end will shock everybody.”

The priest further dismissed the reports asking Pope Francis and the Catholic Church to sanction him, saying he’d rather be rewarded for condemning the evil governance.

In his word, he said that if Rome learnt that he’s challenging the evil government that is subjecting its citizens to sufferness and dangers, Rome will applaud him and he, however, encouraged them to go to Rome.

He added that the reason why he doesn’t want them to even report this to Rome is if the pope hears that he’s tackling the evil governance, they may give him a position he may not like.

Do you want to report Messi to FIFA that he plays too much ball? They will make him soccer ambassador,” he added.

“Buhari Will Teach In Universities” –...

Oyetola vs Adeleke: What Happened in...

WhatsApp Is Full Of ‘Billing’, Asisat...