The in-form Uruguayan striker has netted 15 goals for United this season, including eight in his last seven games, to help The Red Devils secured a place in the UEFA Europa League final and occupied the second spot on the Premier League table.

Cavani, in a United statement, said he have grown a great affection for the club and everything that it represents over the season. He added:

“I have been touched with how much the supporters have wanted me to stay, and I will give everything to bring them happiness and joy with my performances on the field.

The Uruguay international stressed that the only thing he’s missing at Manchester United is to play in front of the Old Trafford crowd and he can’t wait to do it. 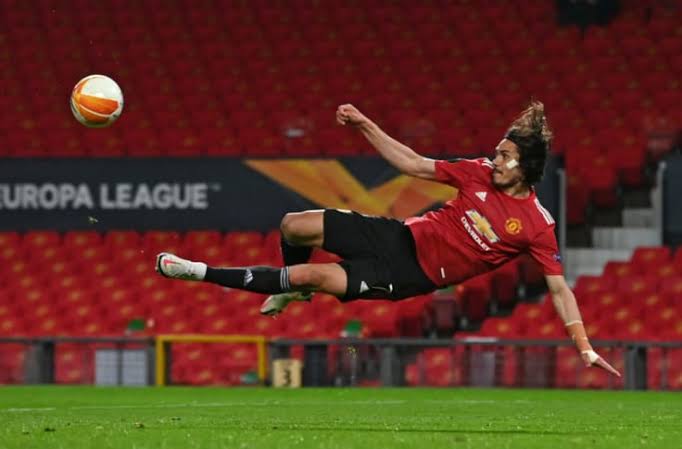 United coach, Ole Gunnar Solskjaer had repeatedly confirmed his desire for Cavani to remain at Old Trafford despite reports the striker was keen to return to South America.

“I said when Edinson signed, that he would bring energy, power and leadership to this group and I haven’t been proved wrong, he has been everything I thought he would be and more.”

“As coaches, we knew about his goalscoring record. However, it is his personality that has brought so much to this squad, he has a winning mentality and has an unequivocal attitude to everything he does.”

Manchester United could end a four-year trophy drought when they encounter a Spanish outlet, Villarreal in the UEFA Europa League final on May 26 and are set to match their best Premier League finish since legendary former manager Alex Ferguson retired in 2013.

BBNaija 2021: Ebuka Returns as Big Brother Naija’s Host for the Fifth Year in a Row

Pastor Adefarasin Advises His Church Members to ‘Get a Plan B out of Nigeria’.