Manchester United striker, Marcus Rashford and Borrusia Dortmund youngster, Jadon Sancho have proved who is faster in the sprint race while on international duty with England National team.

The two England international players went head to head in a sprint challenge in The Three Lions’ Euro 2020 warming up training.

Gareth Southgate’s men had an intense training session at St George’s Park, with only United defender Harry Maguire missing, ahead of the European Championship. 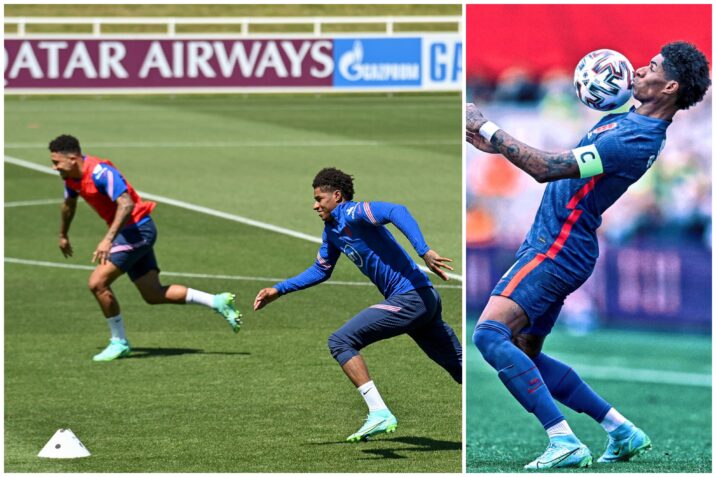 In a training session, Southgate organised a sprint challenge for his 26-man squad, asking them to line up and take part in sprint races, with the players paired off against each other.

The pairing that attracted people’s attention the most was that of Marcus Rashford and Jadon Sancho, who is always in the news, linking with a move to Old Trafford.

Rashford is regarded as one of the fastest players in the Manchester United and England squad, while Sancho is also a player that believed in dribbling his opponents with his pace and skills.

The Mirror gathered that, in the sprint race challenge, the Manchester United star, Rashford narrowly defeated Sancho, who is widely touted by many as his potential team-mate.

The Three Lions of England will be playing their European Championships opening game against Croatia on Sunday at Wembley.