Panadol and Paracetamol are two drugs commonly used in first-aid treatment of slight headache, fever or mild pain. The two are used intermittently, depending on which of them you considered suitable for your body system.

Parents often sent their children to buy them at Patent Medicine shops across the road, but little did they know there exist some level of similarities between the two drugs, much as there are some sort of differences between them.

What are the similarities or the differences between the two drugs? Do they have the same chemical composition or not? And finally, are their mode of absorption into the body system all the same? All these and other key points are what this write-up is about to deal with. If you are someone like me who has been curious to know what the difference between Paracetamol and Panadol is, then today is the day that the curiosity will be cleared. 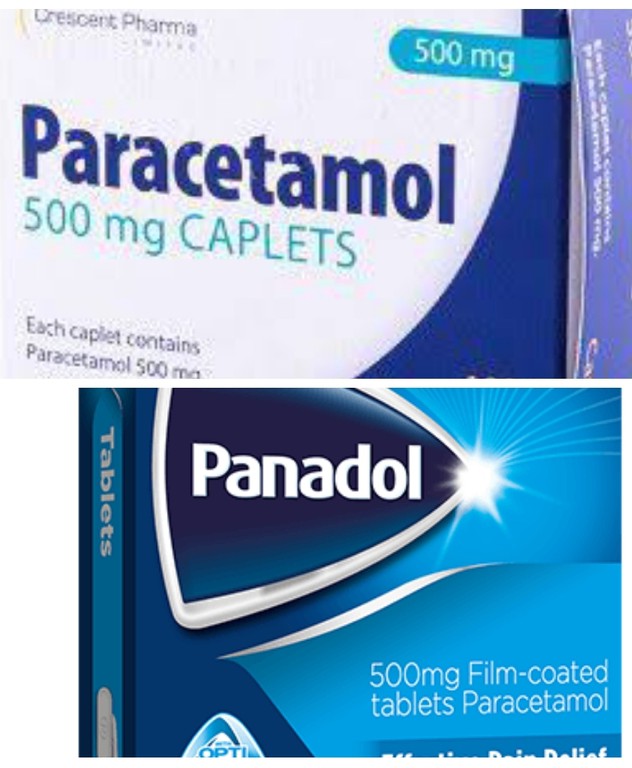 According to Rita Ghelani (BPharm, MRPharmS), a UK registered and practising pharmacist with over 20 years’ experience in community Pharmacy and also a member of the Medical Journalist Association (MJA), Panadol tablets contain paracetamol (500mg). In fact, they are very similar in their chemical compositions, unless that Panadol is specially formulated to allow the paracetamol in it to be absorbed into the bloodstream faster than standard paracetamol tablets or capsules.

Whereas Paracetamol are suitable for people across every age, Panadol tablets are only suitable for adults and children over six years old. This seem to be the most notable of all the differences, because it directly has to do with identifying the age group of who can and who can not use it.

Moreover, since Paracetamol and Panadol are of the same chemical composition, we should not for any reason take Panadol with any other products that contain paracetamol, as this may lead to taking an overdose of the same kind of drugs.

Read Also: These Pictures About Dubai Police will Make You Feel Sorry for Nigerian Police

It should be of note that many painkillers and several other cold and flu remedies we buy over the counter contain paracetamol, and therefore, should not be used with additional paracetamol or Panadol.

Generally speaking, Panadol and Paracetamol are used for the same medical treatment. You can only use one or the other, but not the same at a time. They relieve mild to moderate pain such as headache, migrane, nerve pains (neuralgia), toothache, sore throat, ear ache, menstural pain, rheumatic and muscular pains. They are also used to lower a high temperature, which is generally known as fever and also relieve aches, pains, fever and discomfort associated with colds and flu.

Nnamdi Kanu’s Arrest And Its Very...

Nnamdi Kanu’s Arrest And Its Very Many...