Yoruba activist and the leader of the Oodua Nation agitator, Oloye Sunday Adeyemo, has denied mocking Pastor Enoch Adeboye over the death of his son, Dare Adegboye, saying he was quoted out of context.

Recall that a video had emerged where Sunday Igboho dismissed the call for him to commiserate with the renowned Pastor over the death of his son in an interview, saying the agitation for Oodua nation is not a religious issue and should not be dragged into issues like sympathising with the death of the son of the man of God. 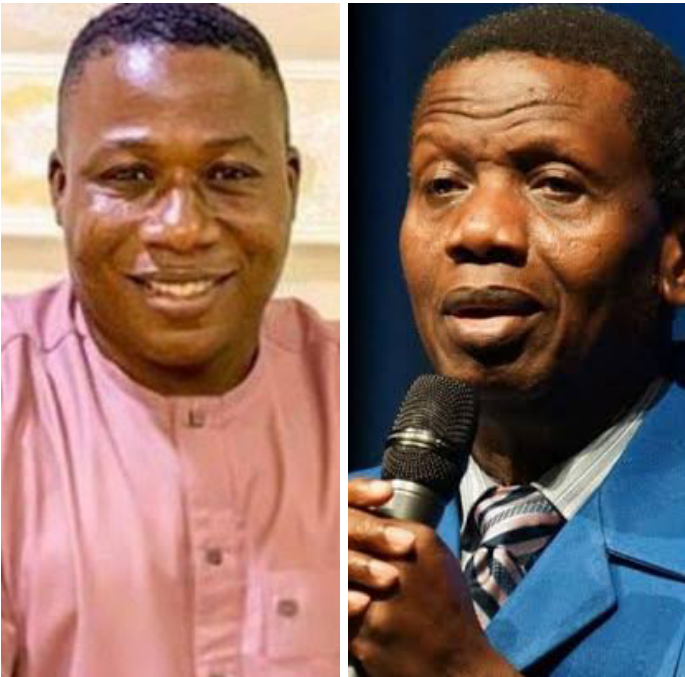 But in a sudden twist of this, some people took it up and started spreading the fake news that Igboho mocked Pastor Adeboye over the death of his son.

Sunday Igboho has now come clean of the issue by making clarification on the statement he made in the first video. He emphasized that he was only quoted out of context, and thus prayed that God would forgive the dead and make his soul rest in perfect peace.

According to Igboho, he was misquoted, adding that he only rained curses on the enemies of the Yoruba race and not the man of God.

They said I mocked Pastor Adeboye, I didn’t mock that man. He is our father. I wasn’t talking to him. I don’t know him and he does not know me. I am a Christian. Had it been that I am a Muslim, they would have said I’m trying to be religious intolerant.

Igboho noted further that he merely suggested that the issue of the Yoruba Nation agitation is not a religious matter, and so should not be dragged into Pastor Adeboye’s matter.

I was asked a question about the death of his son, how will I mock him over his son’s death. I can’t pray that his son should die. I didn’t say anything negative about him. I only said all elders who have the power to assist the Yoruba race but choose not to, I rained curses on them.”

The Yoruba Chief stated that God who created everyone knows when each and every human will die, and thus noting that whoever mocks the dead will also die one day.

We all will die. How will I mock the dead? I didn’t insult the deceased son. May God forgive the dead and may his soul rest in peace. May our father live long,” Sunday Igboho stated.