This is Why Obi Cubana Was Arrested by EFCC

Obinna Iyiegbu, a socialite and seasoned businessman popularly known as Obi Cubana, has been arrested by the Economic and Financial Crimes Commission (EFCC) for cases bordering on tax fraud and money laundering.

According to the Punch, the Anambra-born billionaire who also doubled as club owner was invited by the EFCC for interrogation on Monday. He arrived at the EFCC’s headquarters at about noon and has since not been released. 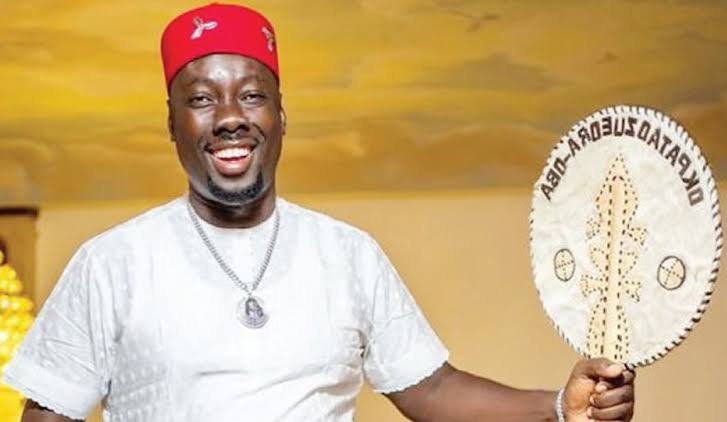 Details of the allegations against Obi Cubana were still sketchy as of press time, nevertheless a source privy to the happenings at the anti-graft agency’s headquarters disclosed that his invitation and arrest borders on alleged money laundering and tax fraud.

Obi Cubana became a household name in July when he did a flamboyant burial for his mother in Oba, Anambra State, where money were extravagantly spent and wealth lavishly displayed. The carnival-like burial attracted a lot of celebrities across the length and breadth of Nigeria and over 200 cows reportedly killed.

“Buhari Will Teach In Universities” –...

Oyetola vs Adeleke: What Happened in...

Police Arrest Woman Who Recruited Herself Into...