Those Responsible For Nnamdi Kanu’s Arrest Finally Revealed by IPOB.

The Indigenous People of Biafra (IPOB), has revealed the identities of some prominent Nigerians who conspired with the Nigerian Government to arrest the leader of the separatist group, Nnamdi Kanu.

IPOB, while revealing their names, listed the Minister of Labour and Employment, Chris Ngige; Governor Nyesom Wike of Rivers State; Governor Willie Obiano of Anambra State; and Igbo businessman, Chief Emeka Offor as those who conspired and betrayed Kanu.

The separatist group stated that the aforementioned names connived with the Federal Government against its leader to safeguard their selfish political and business interests. 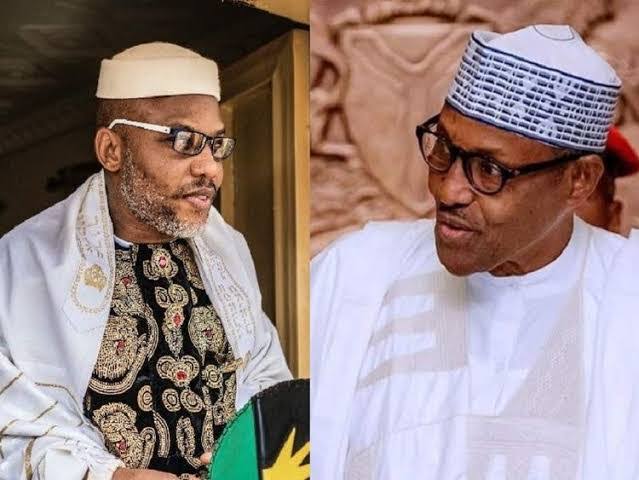 This was revealed in a statement released by the IPOB’s spokesman, Emma Powerful, noting that those mentioned prominent people were the ones that bankrolled the extradition of Kanu from Kenya.

“The Indigenous People of Biafra (IPOB) ably led by our great and indomitable leader, Mazi Nnamdi Kanu, has finally uncovered those behind the betrayal of our leader Mazi Nnamdi Kanu to the evil hands of Fulani-controlled Government of Nigeria through the collaboration of the Kenyan Government and its secret services.

The spokesman also noted that the separatist group’s investigative unit uncovered the plot by those self-centred individuals and the Fulani-controlled Nigerian government.

Speaking further, Powerful reiterated the group’s intelligence unit which he referred to as the M. Branch discovered how Emeka Offor of Oraifite coordinated and financed the Nigerian government evil plot.

He also noted that the group equally gathered that the federal government initially refused to commit the extraordinary rendition until those three men agreed to bankroll the plot.