The Rivers state governor, Nyesom Wike, has knocked President Buhari and his party, All Progressives Congress, over the recent electoral reforms that rejects the electronic transmission of results, saying they are not sincere about conducting a free, fair and credible election.

Wike stated this in a post he shared on his official Facebook page on Tuesday noting that President Buhari couldn’t have been sincere about having a free and fair election while his party championed the rejection of electronic transmission of results. 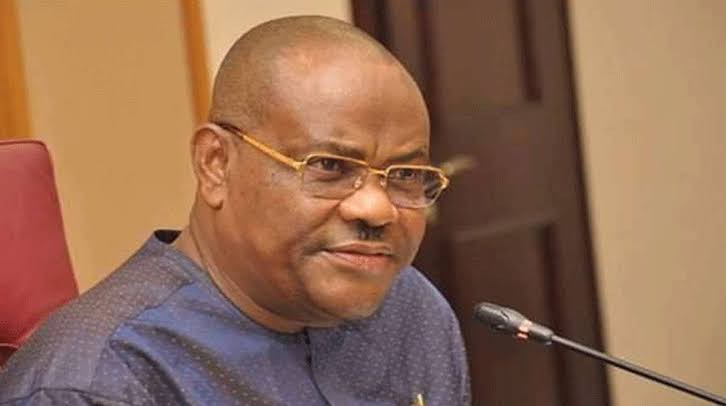 Mr President can’t tell us he sincerely wants to conduct a free, fair and credible election if he/his party rejects transparency and the electronic transmission of results.

Wike emphasized that the National Assembly members who voted against electronic transmission are enemies of the country and should be very ashamed of themselves, as their actions amounted to plotting a coup against the general will of the Nigerian masses.

He stated further that those who notably went against electronic transmission of results among the National Assembly members deserved to be greatly dealt with from their constituencies.

The outspoken governor concluded that if the Nigerian masses truly want to do justice to those who plotted against their wishes, quite a number of them should be banished from home by their constituents.

If Nigerians were serious, non who voted against electronic transmission of results would be able to go home to their constituents. 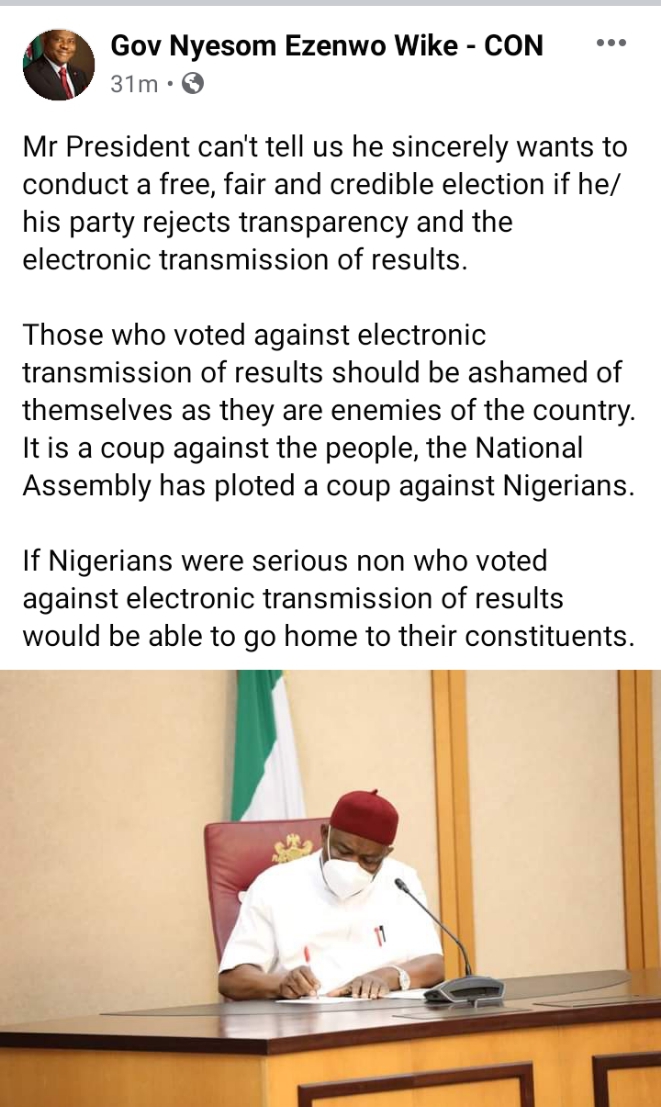 #BBNaija: “Can We Just Skip It” – Maria Responds To Pere’s Profession of Love To Her [Video].