Actor Yomi Fabiyi has led a massive protest seeking for the release of Baba Ijesha on bail.

It should be recalled that Baba Ijesha has been in the news lately after he was accused by Comediene Princess of assaulting her 14-year-old foster daughter, which led to his arrest by the police

Following his arrest, Baba Ijesha has remained in police custody without being granted a bail nor charged to court. And in a bid to justify his continued detention, the Lagos State Police Commisioner, Hakeem Odumosu, emphasized that he is being only held in their custody pending the time the police would receive legal advise from the Lagos State Ministry of Justice on how on to prosecute the case. 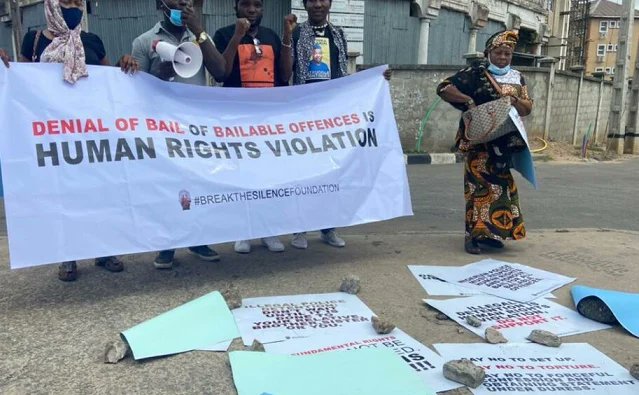 In a swift reaction, Moyosore Onigbanjo, the Lagos state commissioner for justice, revealed that the state’s directorate of public prosecutions had recommended a five count charge against the film star, which, if found guilty, would condemn him to a life sentence.

However, several days after the position of the justice ministry was made known, Baba Ijesha was still neither charged nor released on bail.

This has now prompted Yomi Fabiyi, who is a human right activist and an actor, to stand up for the release of his colleague, if he will not be charged on time.  And on Wednesday, Yomi sprung into action by leading protesters from Casino Bus Stop to the Panti Police Station demanding Ijesha’s release.

According to The Cable, the protesters argued that the actor should be set free from detention pending when a court would hear his case, noting that his continued detention is illegal.