Governor Nyesom Ezenwo Wike of River State has criticized President Muhammadu Buhari’s led All Progressive Congress, APC’s government, saying the country has collapsed under their watch due to bad leadership.

He stated this via a tweet posted on the official Twitter handle of the Rivers State government @GovWike.

Recall that Wike had earlier spoken about the high level of insecurity ravaging the Nation,  frowning at the governors who always rush to Abuja to meet Mr. President over insecurity challenges in their state, and asking them to rather face the challenges head-on instead of running from pillar to post. 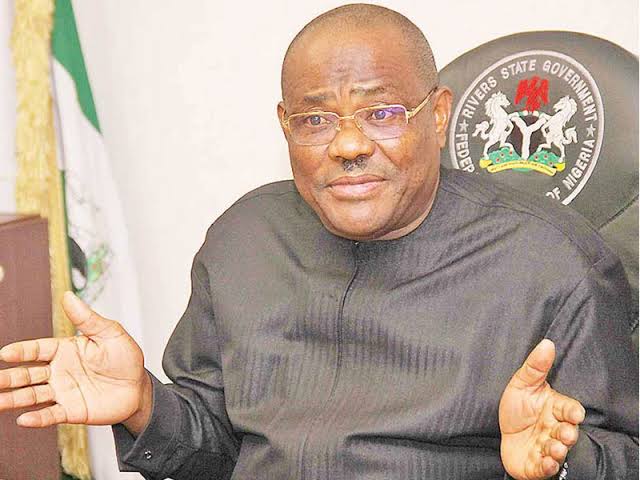 In what now appeared as follow up to the above, the outspoken governor again descended on the ruling party, APC, and the Administration of President Buhari, blasting them for the decay in the country. In his word, he says:

Nigeria has collapsed due to the @OfficialAPCNg Government’s bad leadership. Unfortunately the effect of bad leadership does not select party members or those that foist the bad leadership on us, it affects everyone irrespective of political leaning.

Gov. Wike Berates Governors Visiting Buhari Over Insecurity, Says They Are Only Going There To Take Photos.