The Nigerian President, Muhammadu Buhari, has expressed his sincere sympathy to the people of Turkey over devastating wildfires that have recently ravaged the vast territories of the country.

This was made known by the president’s spokesman, Garba Shehu, in a Facebook post in the early hours of Monday, noting that President Buhari has put a call to the Turkish President, Recep Tayyep Erdogan, to convey the sympathies of the Nigeria government and the Nigerian people to people of Turkey over the wildfires that raided the vast territories of the country. 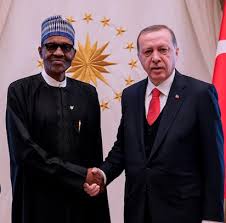 In his word, Garba stated:

President Muhammadu Buhari Sunday rang his Turkish counterpart, Recep Tayyep Erdogan to convey the sympathies of the government and people of Nigeria as wildfires ravage vast territories, torching houses, farmland, wildlife and humans in several places in the country.

Garba stated further that President Buhari, in the telephone conversation with Turkish President, recalled the “fraternal relations” between the two nations, while also giving his sincere condolences over the losses of lives and property in the fire disaster. He added that President Buhari also prayed for quick recovery of those injured in the process. 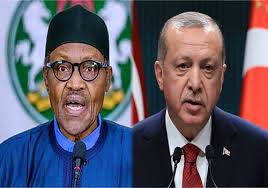 Garba stated, on a final note, that President Buhari praised the courageous response of the Turkish emergency teams and their professional handling of the disaster. He also heaped praises on the exemplary leadership of the Turkish president in handling the disaster and assured the ravaged nation of Nigeria’s support and commitment to sustaining their “bilateral relations.”