A Nigerian singer, songwriter, and dancer, Peter Okoye, simply known as Mr. P, has shown the world how passionate he is about the English Premier League club, Chelsea Football Club as he rolled on the floor to celebrate the club’s triumph over Spanish giant, Real Madrid.

Mr. Peter, in a video he posted via his official Twitter handle @PeterPsquare, was seen standing passionately in front of his Television, asking the referee to blow the final whistle as The Blues have already been winning 2-0, and when the referee ended the match, he started rolling on the floor and shouting “Up Chelsea”, a slang every Chelsea fans always used to hail their favourite club. 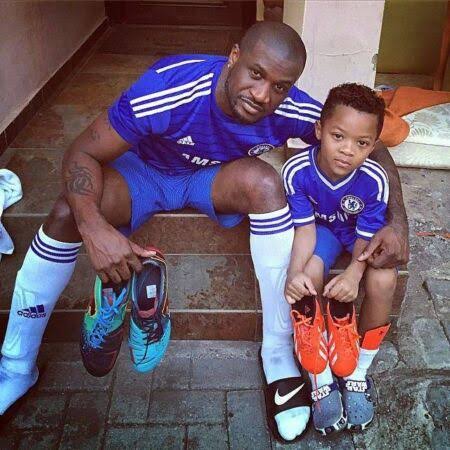 Mr. P and his son Cameron

Following all those dramas in his house, Mr. P took to his social media accounts to rejoice about the crucial result his club had against Zinedine Zidane’s men.

According to one of his tweet, Peter disclosed that he has won $100k in a bet he placed on the match and he’s going to bet $200k on Chelsea against Man City in the final. 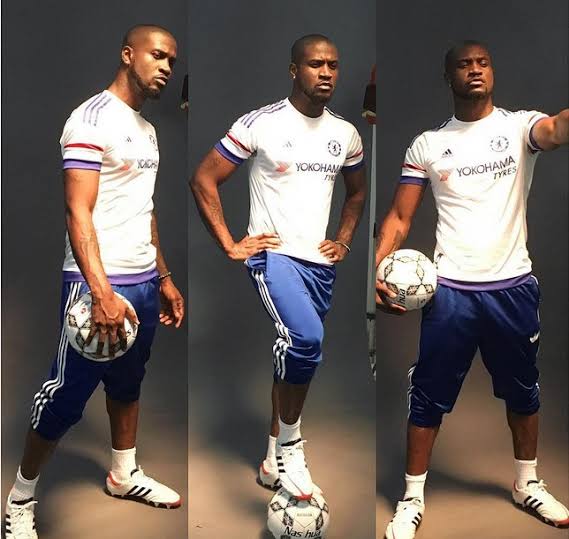 Mr. P posing with a ball

The music superstar who has won many awards together with his brothers when he was a member of the defunct music duo, P-Square, is now looking forward to the final as has disclosed that his team will defeat their league rival, Manchester City in the final of this campaign Champions League final.

Below are some of the tweets posted by Mr. P:

Mr. P Wins $100k for Placing a Bet On Chelsea Against Real Madrid.

Bukola Saraki Floods Kwara With Posters Ahead of 2023