The group slammed the federal government over the recent attack on the house of Sunday Igboho and issued a warning to them to stop any further plan to harm the Yoruba traditionalist.

Afenifere, who recounted the attack as a return to the late Sani Abacha era, noted that a “dark cloud is descending on Nigeria”.

According to reports, Sunday Igboho’s house was allegedly invaded at the midnight by the operatives of the Department of State Services (DSS) and the Nigerian army.

It was further gathered that the invaders came in 15 vehicles and during the attack, two persons were killed, while cars and other valuable items were also destroyed.

Afenifere said in a statement signed by its national publicity secretary the news of the fatal attack on Sunday Igboho’s residence is a sad indicator that Nigeria is fast returning to the era of the late Sani Abacha when anyone who expressed opinions contrary to the government’s position would be fatally attacked. 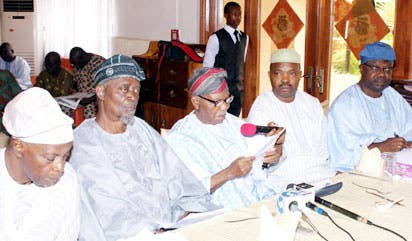 The group added that the attack was carried out barely 72 hours to the rally proposed to hold in Lagos to further seek for the Yoruba Nation this Saturday, adding that the manner of the attack indicated culpability on the part of those in authority.

“We recall with sadness how voices that were opposed to the dictatorial tendencies of Abacha regime were under serious attacks. We recalled how patriots like General Alani Akinrinade, Pa Abraham Adesanya, Pa Alfred Rewane, etc were attacked, resulting in the untimely and gruesome murder of Pa Rewane,” Afenifere added.

Read Also: Shortly After The Arrest of Nnamdi Kanu, Sunday Igboho Disclosed He Has No Power To Fight Government.

The Yoruba socio-political group further said that the attack has now confirmed that violation of the rights of the Nigeria citizens has become a habit for the government security agencies, and they, however, called on the federal government to “stop any plan to harm Igboho or any other person not known to contravene the law of the land”.

Your Concern Over National Grid Collapse, A...