Two Nigerian top-notch Afro/hip-hop singers, musicians and record producers, David Adeleke, simply known as Davido and Ibrahim Balogun, professionally known as Wizkid, have, continue winning brownie points internationally as they were both nominated at the 27th edition of the South Africa Music Awards(SAMA).

The “Made in Lagos” and “A Better Time” albums released last year (2020) by the two biggest musicians in Nigeria have been nominated to win an award at the 2021 edition of the SAMA.

This was disclosed by the South African Music Awards on the 19th of May 2021 via its official Twitter page, @TheSAMAs, revealing that both artists have been nominated in the category of “Rest of Africa”; a category comprising other African artistes that are not South Africans but dropping great musical projects.

Here are your #SAMA27 nominees for Rest of Africa Award…#REDEFINE pic.twitter.com/jqpvObpOcU

Other artistes from the category and their projects include: “Midnight Train” by Sauti Sol, “Unity Album” by Buffalo Souljah, and “Songs in The Key of Love” by Berita.

The noticeable omission from the category is another Nigerian heavyweight music star, Damini Ebunoluwa Ogulu popularly known as Burna Boy as he also released an album titled “Twice as Tall” last year. He also becomes the first Nigerian to win Grammy Awards this year and this should be an edge for him to get nominated at such awards. 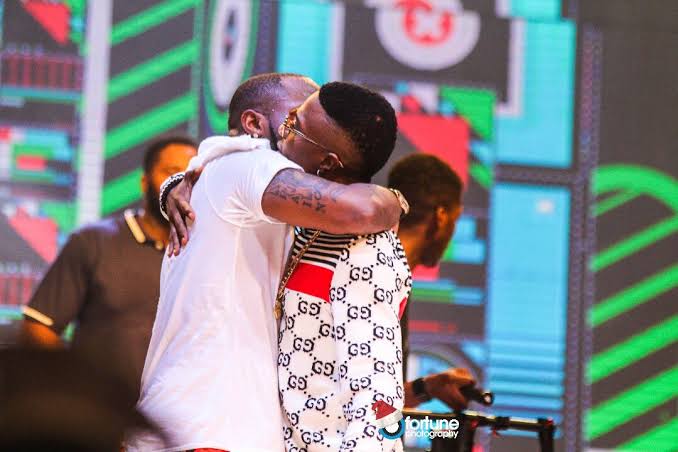 Wizkid and Davido have been representing Nigeria so greatly internationally overtimes and fans would be waiting patiently to see who gets the nod between these two this time around.

The full list of the nominees at the South African most prestigious music awards can be found below: 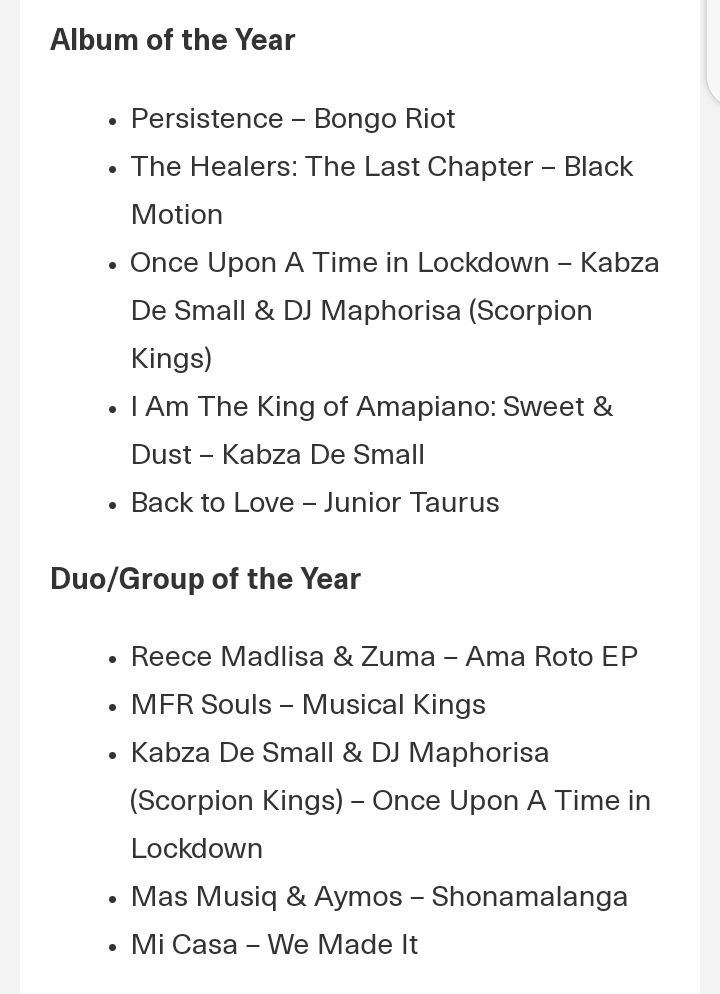 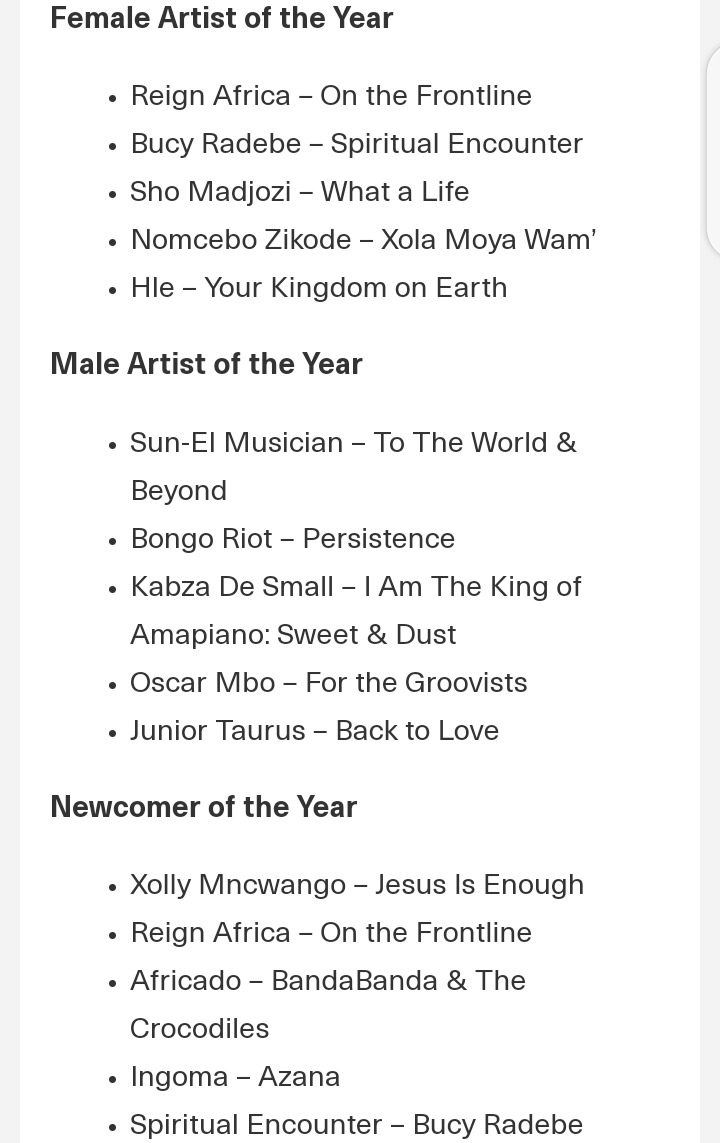 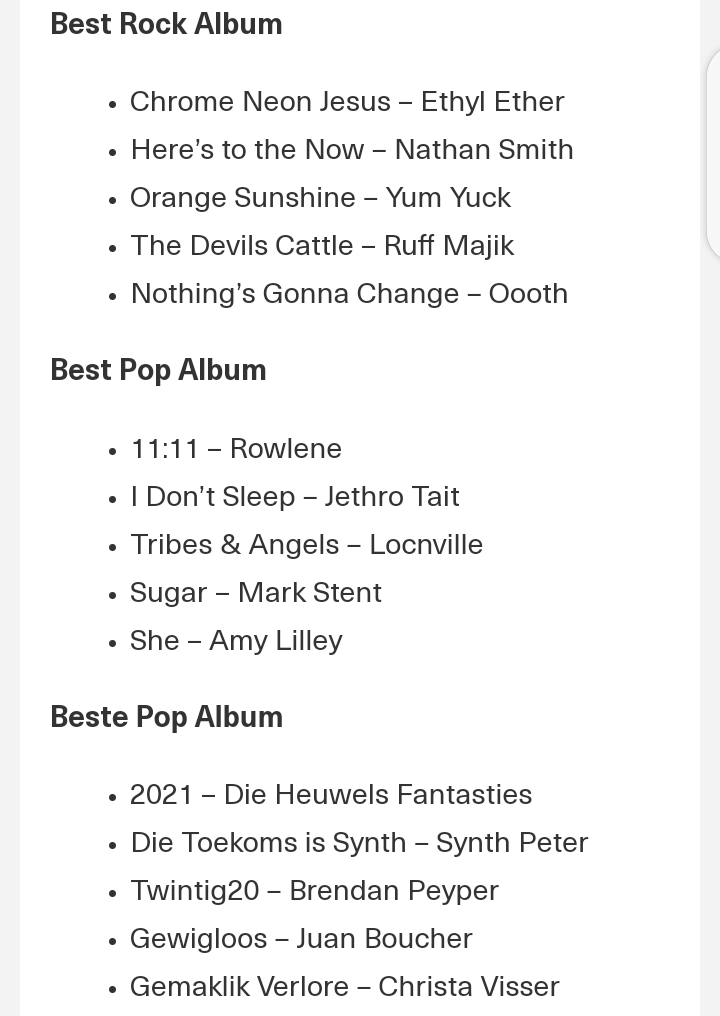 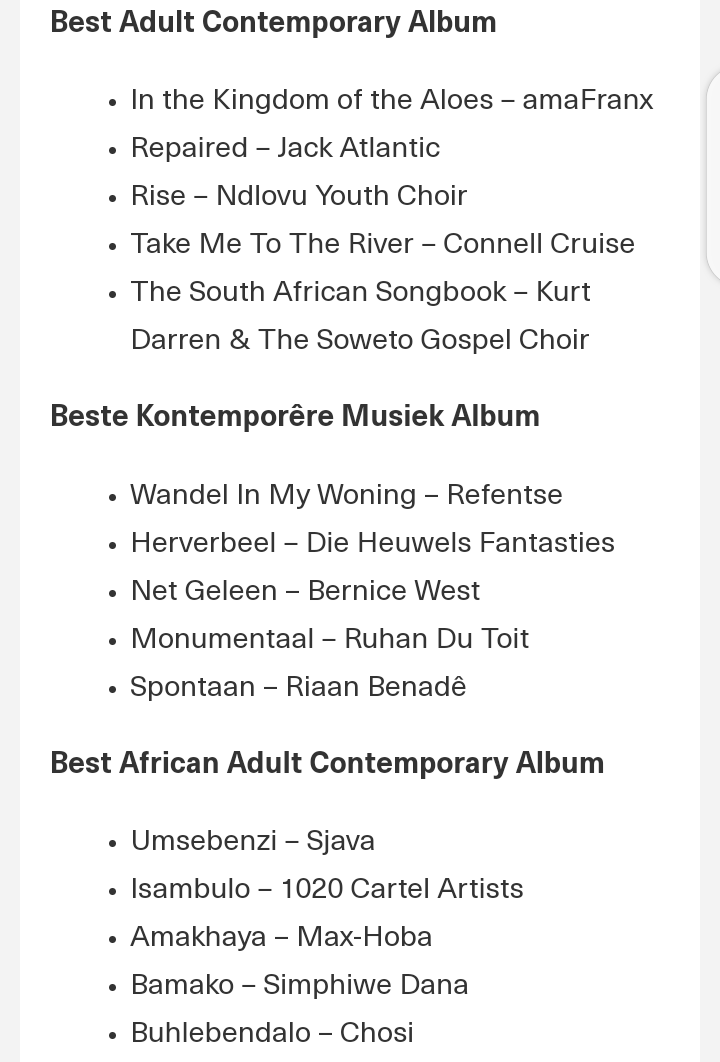 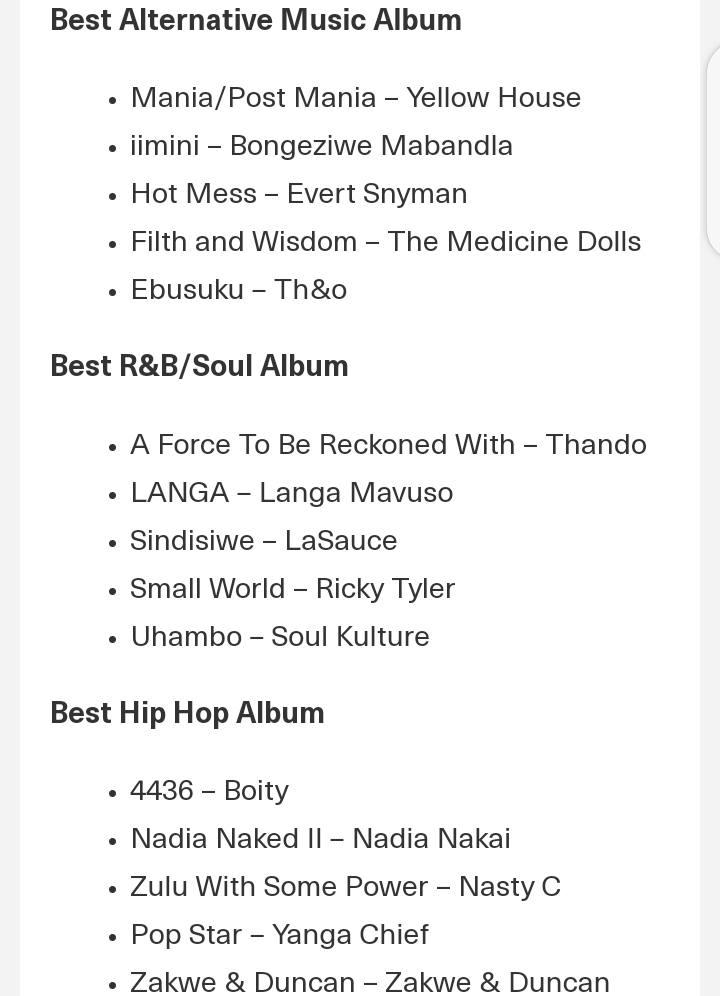 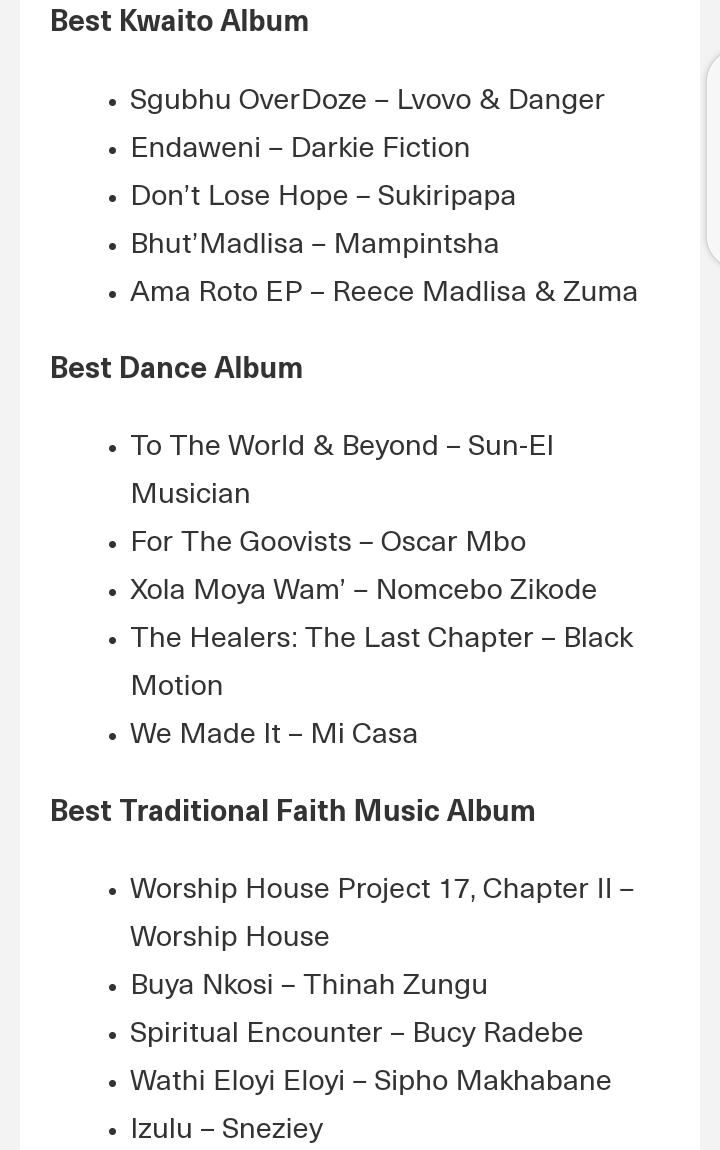 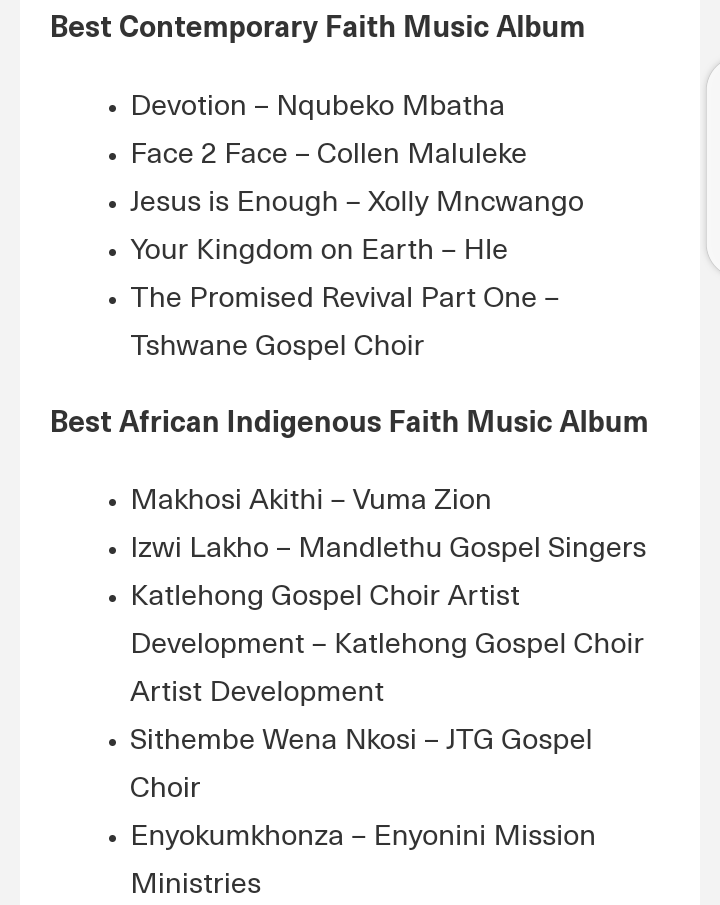 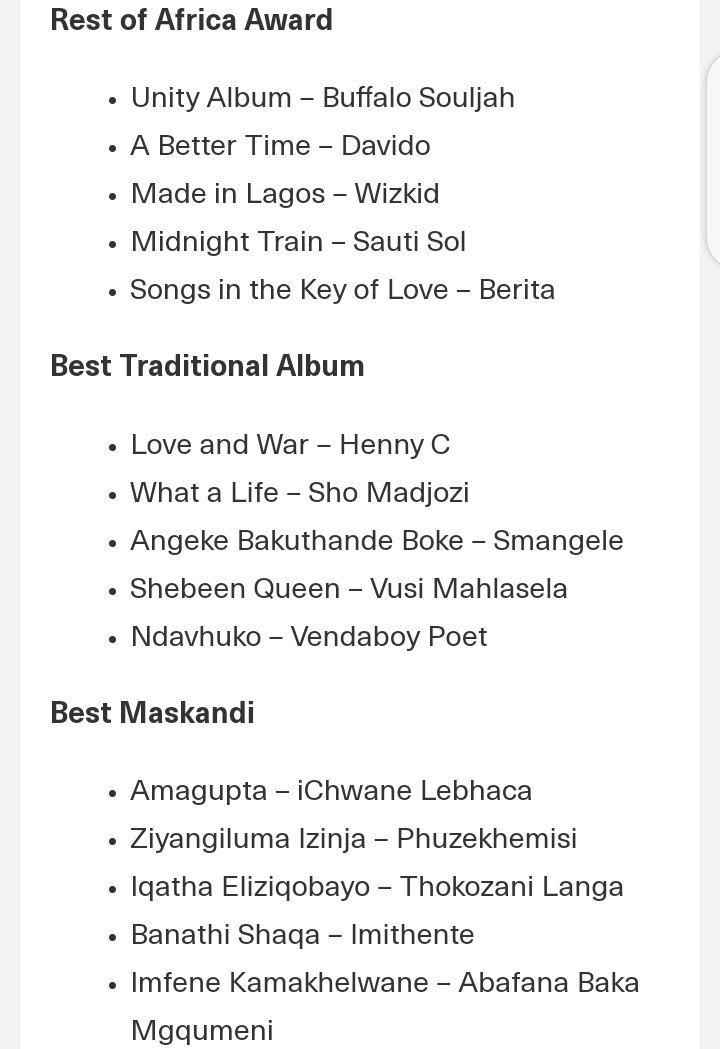 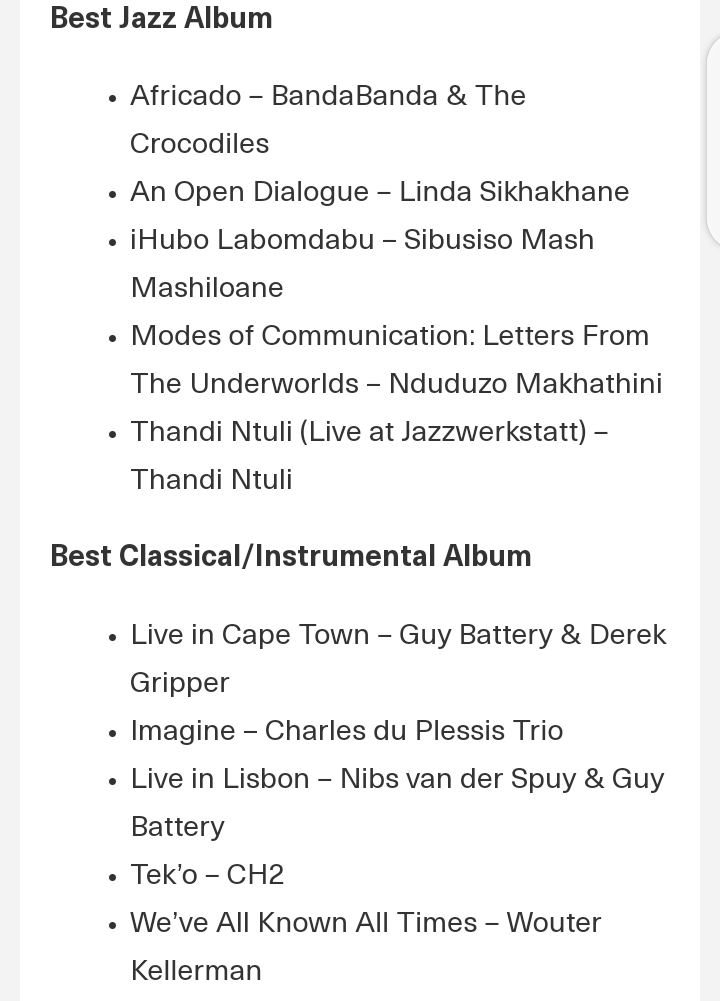 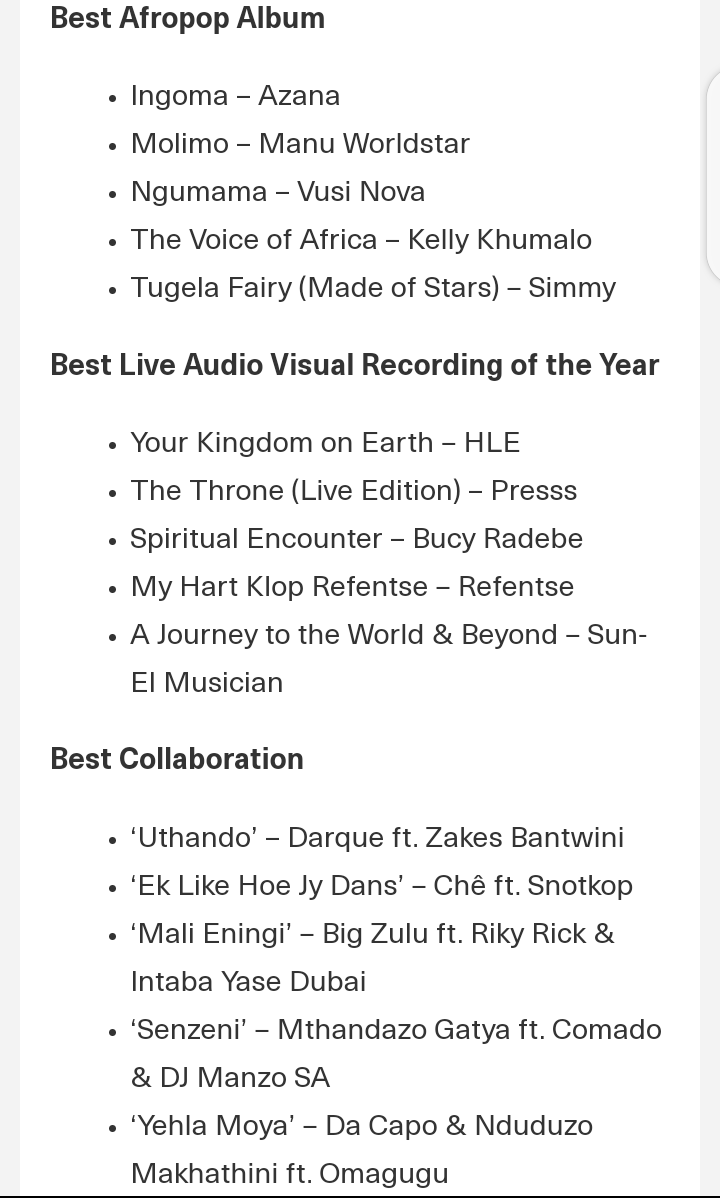 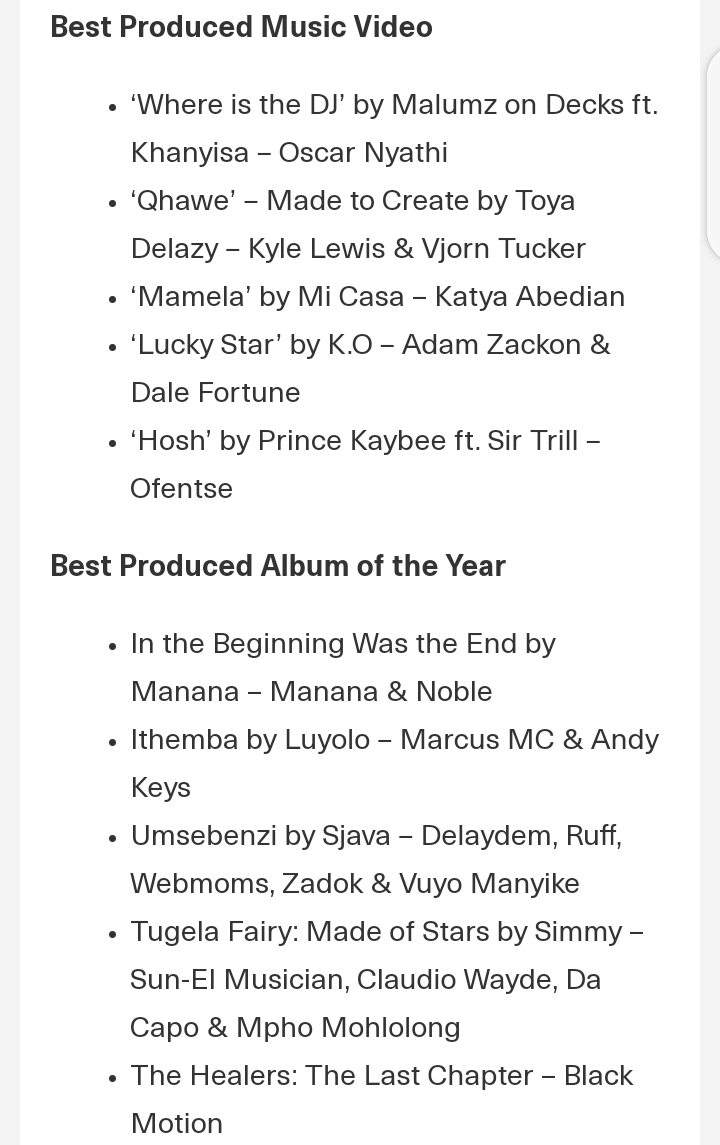 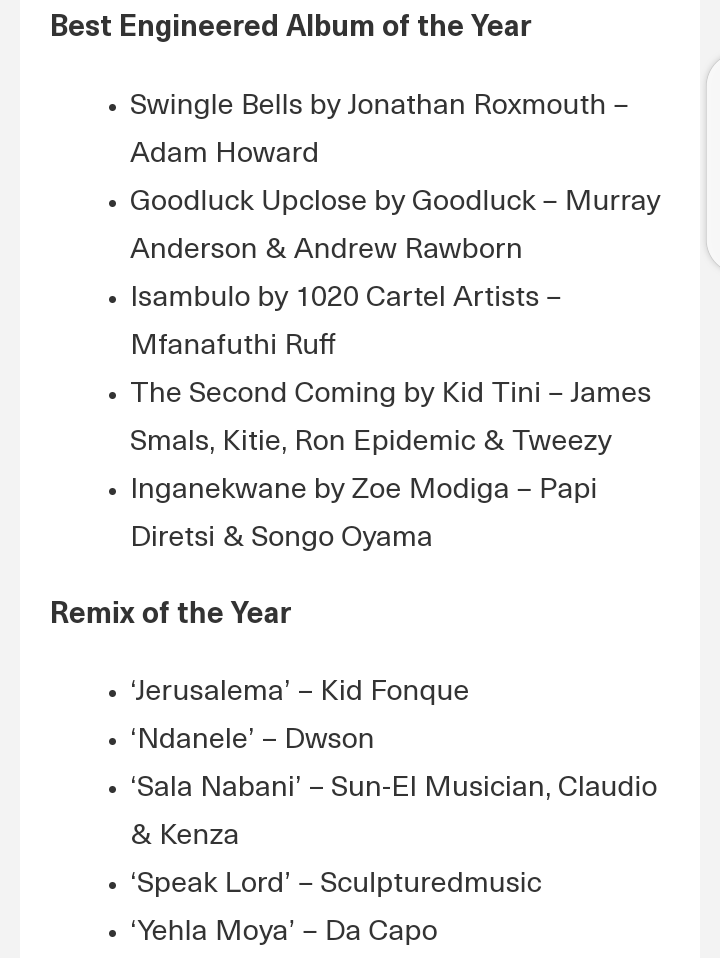 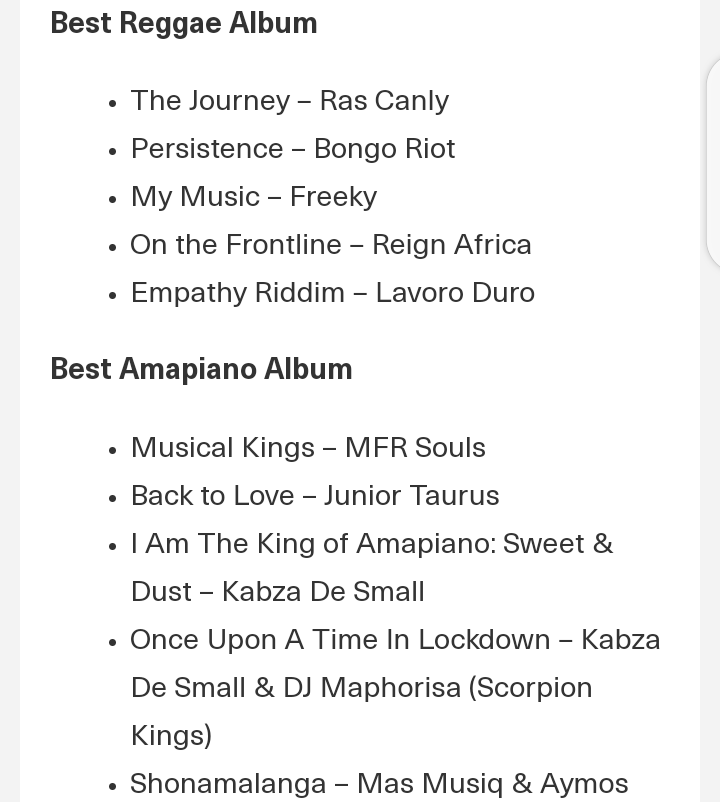 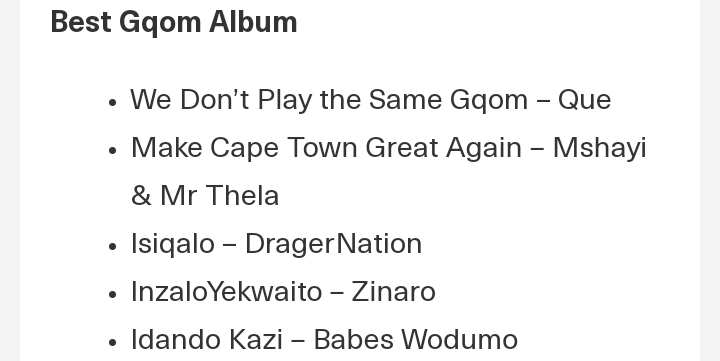 “Do Your Worse” – Reno Omokri Hit Back At Those Who Threatened Him Not To Harass Buhari In Paris.