The slang which Davido and his fans described as an expression to show that something is unique or exceptional has now been recognised by the co-founder and CEO of Twitter, Jack Patrick Dorsey and he has credited it with an emoji.

E Choke is slang which the artiste used to dramatise by putting his two hands on his neck.

Reacting to this development, Davido himself posted a tweet via his official verified Twitter handle, @davido, saying “Even Jack know say E choke”.

Following this, the fans of the Nigerian music superstar have trooped to the social media to celebrate the honour being given to their favourite hip hop singer by the social media CEO, and it has become one of the trending topics on Twitter.

A tweep and fan of Davido who is also known as Omo Baba Olowo, OBO, took his handle @ManLikeIcey, declaring that his favourite artiste is the most influential in Africa.

Below is the screenshot of their reaction. 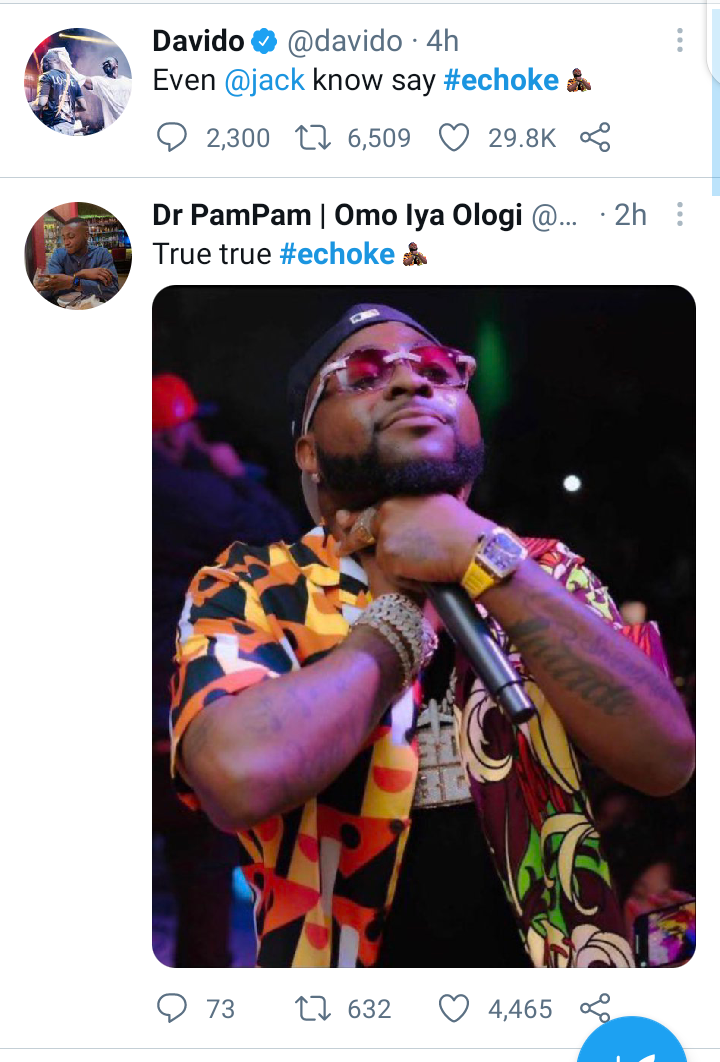 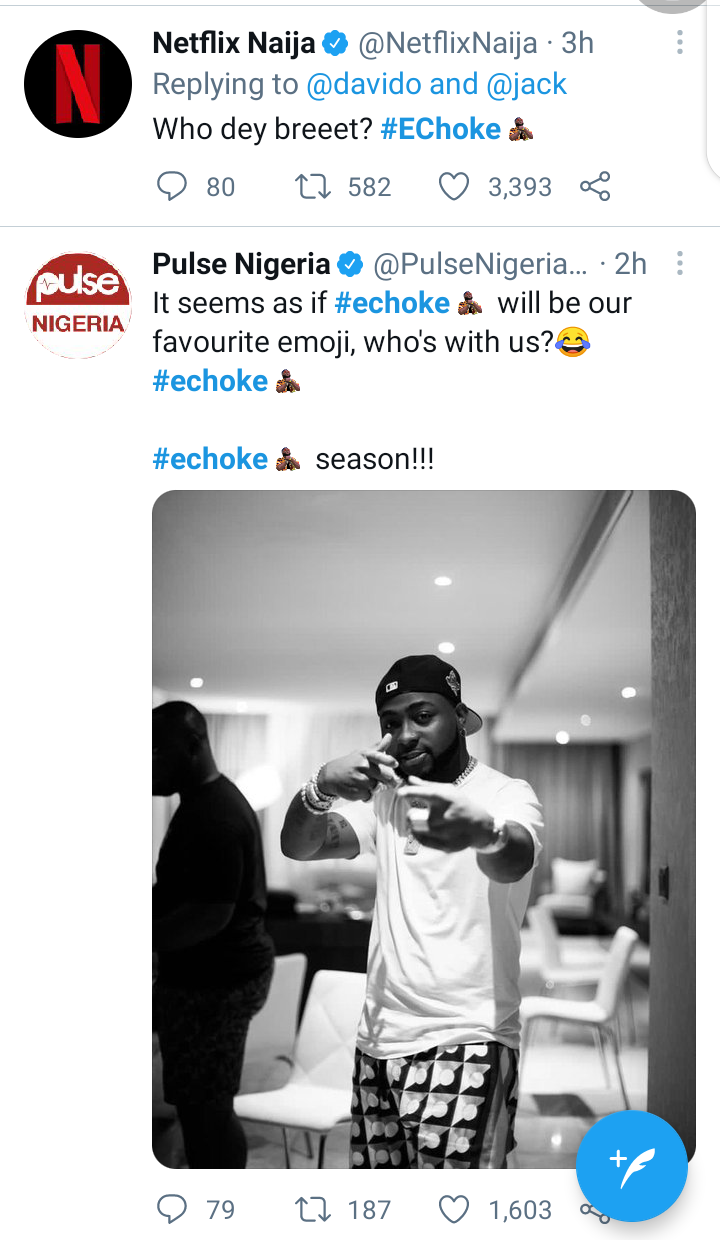 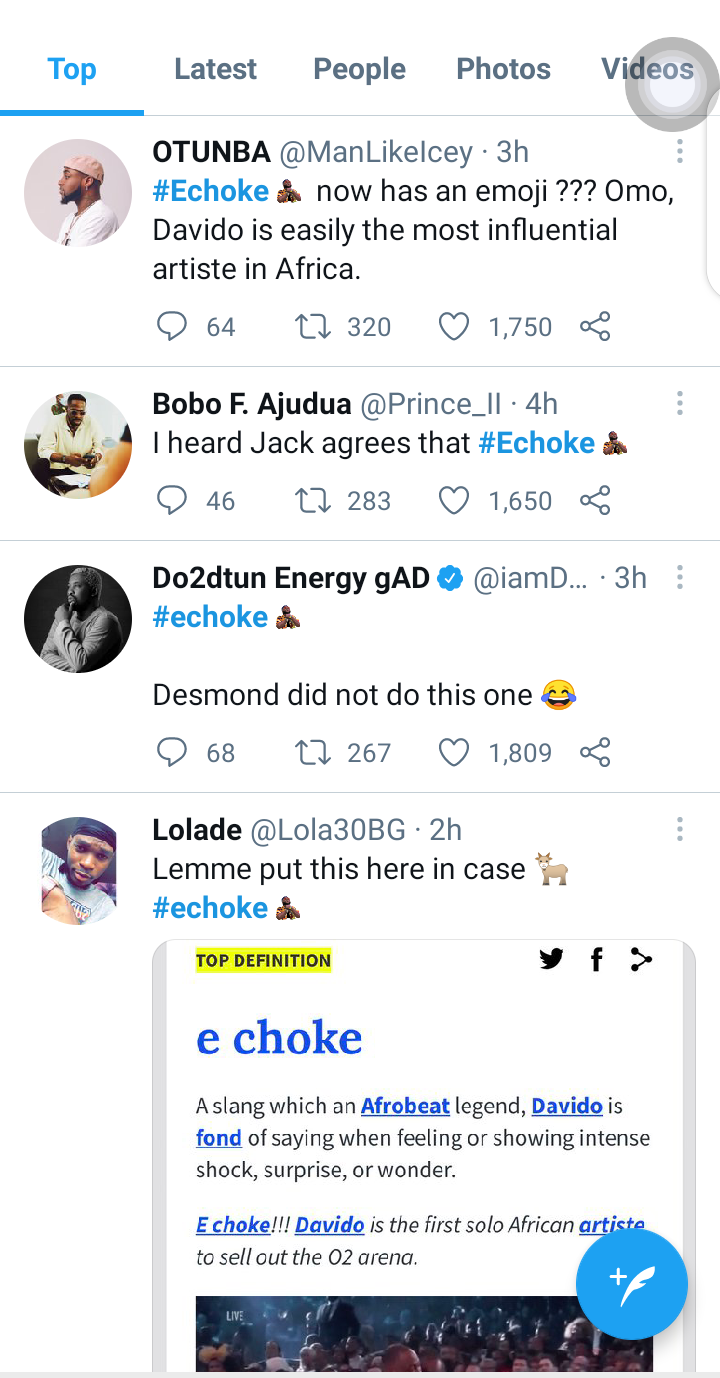 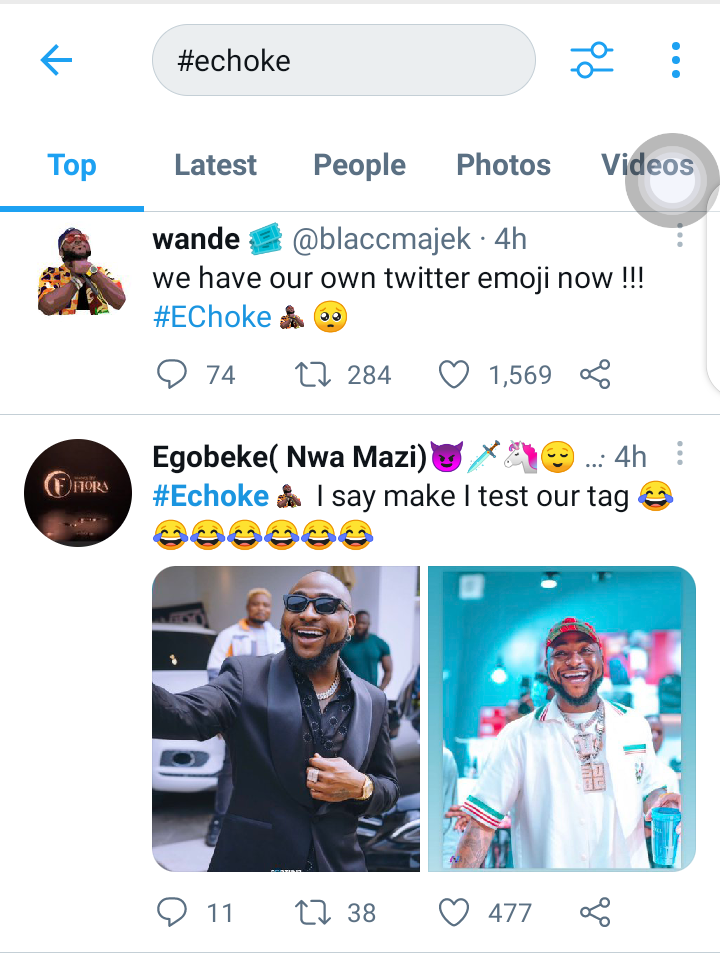 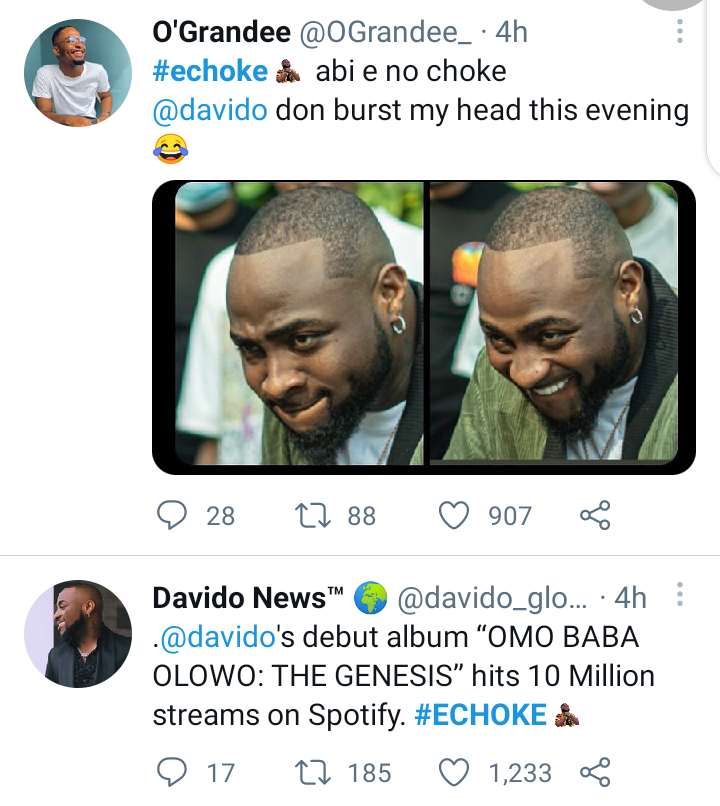 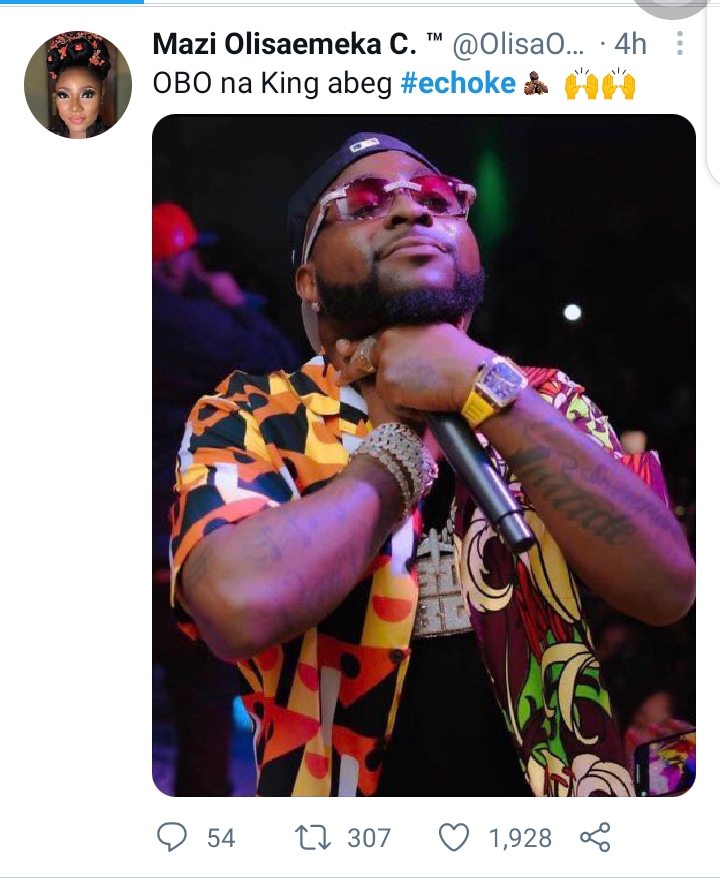 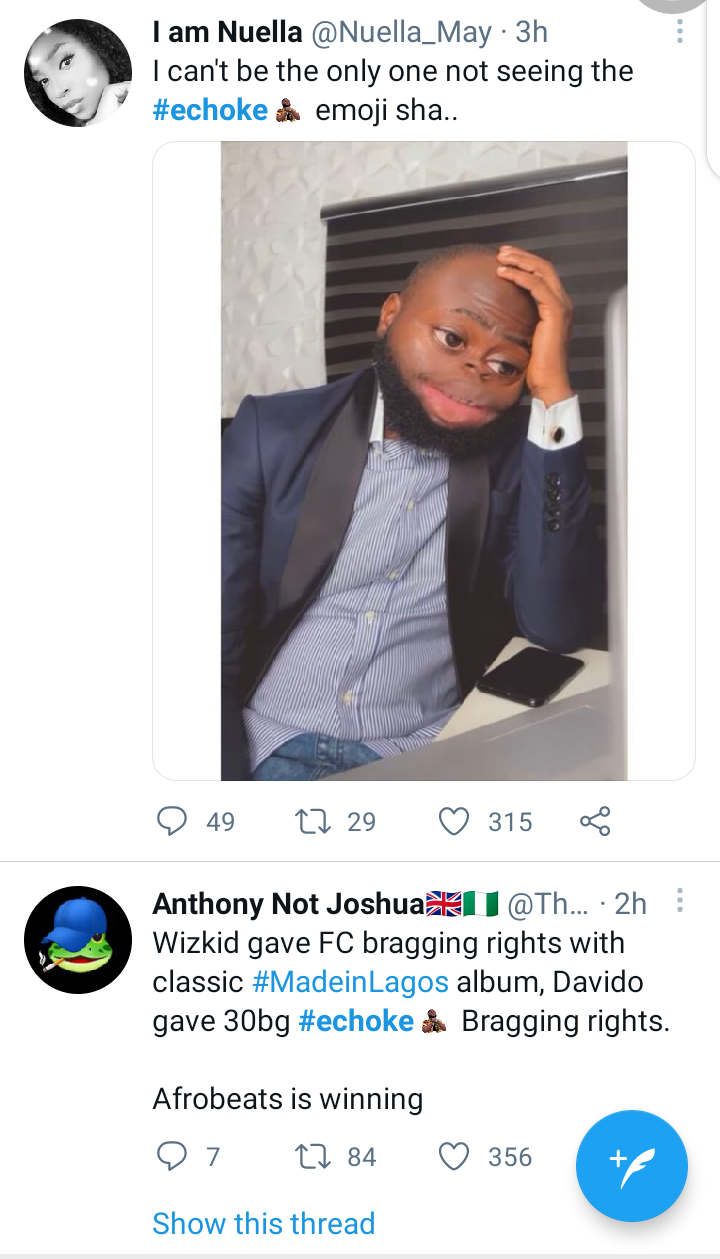 You have the intention of destroying the Fortune of APC, Senator Adeyeye Attacks Fayemi

Mr. P Wins $100k for Placing a Bet On Chelsea Against Real Madrid.