Report reaching hotnewsinnaija indicated that the Inspector-General of Police, Usman Baba, has recommended the “immediate suspension” of the Head of the Police Intelligence Response Team, DCP Abba Kyari, from the Nigeria Police Force.

This was disclosed on Sunday by the Force spokesman, Frank Mba, in a statement titled, ‘FBI indictment: IGP recommends suspension of DCP Abba Kyari.’

The recommendation is sequel to the indictment of the Nigerian ‘Super Cop’, DCP Abba Kyari, by a United States court over fraud charges brought against a Nigerian international fraudster, Hushpuppi, in the United States.

Making the recommendation, the Inspector General of Police states that the embattled DCP should be placed under suspension pending the outcome of the ongoing internal investigations into his indictment for alleged involvement in a $1.1m internet fraud by the Federal Bureau of Investigation. 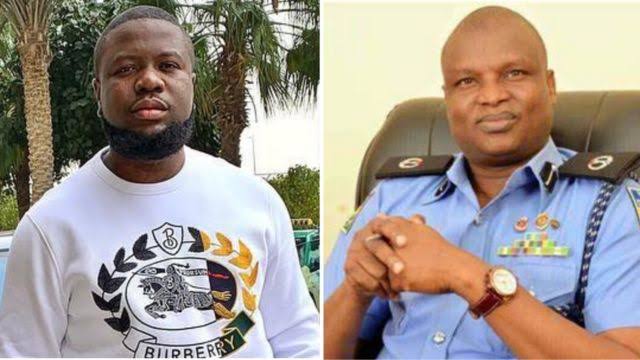 In a letter to the Police Service Commission dated July 31, 2021, the IGP emphasized that he recommended the suspension of the officer in line with the internal disciplinary processes of the Nigerian Police.

The IGP noted further that a Four Man Special Investigation Panel has been constituted to investigate the allegations against Abba Kyari, which would be headed by, Joseph Egbunike, the Deputy Inspector-General of Police in charge of the Force Criminal Investigations Department.

Recall that the FBI criminal complaint lodged at the United States District Court in California had listed Abass Ramon, aka Hushpuppi; and Kyari among six suspects indicted in a $1.1m international fraud conspiracy.

This has become public knowledge as the FBI operatives were said to have met with Nigeria’s Inspector General of Police on two occasions on the possible extradition of the renowned police officer.

With Kyari’s suspension, the IGP intends to create a plain ground for the proper investigation of the weighty allegations against the ‘Super Cop’ without an atom of interference.

The IGP’s statement read in part:

The suspension is without prejudice to the constitutional presumption of innocence in favour of the officer.

As a matter of fact, the IGP’s decision to suspend Kyari is on a good note. It shows the Force’s commitment to the rule of law and assurance of the sanctity of the probe all through to the end.

#BBNaija: Maria Alleges Yerins of Peeping At Her In The Bathroom.