A popular pastor and the founder of Omega Fire Ministries, Apostle Johnson Suleman, has blown hot on the trending, ugly issue linking the Buhari’s Minister of Communication and Digital Economy, Mallam Isa Pantami, to terrorism and islamic radicalism, saying one million of Pantami cannot stop the spread of Christianity in the North. 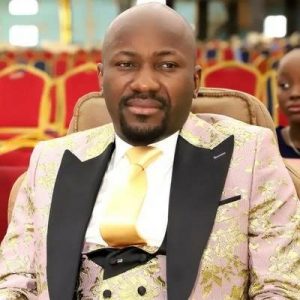 Pastor Suleiman, popularly known for his desicive stand against any act of oppression by the government, stated this in a series of tweets on his verified Twitter handle, noting that the most high and powerful God who owns Christianity is in charge of its perpetual spread, and that not even a million of Pantami would be able to stop it from spreading in the North.

1 million‘patanmis’ cannot stop the spread of Christianity In northern Nigeria or anywhere for that matter.

Recall that Pantami was recently linked to Al-Qaeda and Taliban radical views in various old video and audio recordings released by an online media outlet, and this has generated a lot of reactions from the people, with many calling for his resignation from Buhari’s cabinet. 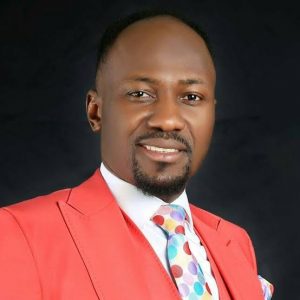 Although the embattled Minister has distanced himself from such extremist groups, saying the contents of the recordings were taking out of context, but amid his denials, several other allegations kept coming out.

One of it is the allegation by a retired University don that his son was killed for blasphemy under Pantami’s leadership as the Imam of the Abubakar Tafawa Balewa University, Bauchi. Another of it is that some Muslim leaders plotted the death of former Kaduna State Governor, Patrick Yakowa, all because they hate him for being a christian, and of which Pantami was also allegedly fingered.

However in his reaction, Pastor Suleman warned that any ideologies that are meant to promote  religious and ethnic division would only end up having adverse effects on governance and our co-existence as a nation.

In his word, the fierce man of God tweets:

Divisive mentality and separatist ideology can never produce good governance. We are counting days to the exit of a failed system. We have survived,we will survive.”

Buhari Government Backs Pantami; Alleges Campaign of Calumny Against Him

Likewise mumu pastor like you can not stop spreading islam in the north or south what ever you spend for that moreover you can not blacmail the image of our muslim brother Pantami what you ever you will spend fir that purposes. Northern Nigeria is Islam for live whether the CAN like it or not give your money ti any muslim you like we will collect it and spend it and remain as Muslim no any fake pastor can change our faith islam for ever, and chritianity for zero minutes. Pantami will continue exposing your hiding agender Thank you Allah for giving us this your sevant at this time we really need him for exposing the secret of enemies. Thank you Allah.