A Son-in-law of President Muhammadu Buhari, Gimba Yau Kumo, and two others have reportedly been declared wanted by the Independent Corrupt Practices and Other Related Offences Commission (ICPC), for diversion and embezzlement of $65 million National Housing fund.

This was disclosed by ICPC in a statement signed by its Spokesperson, Azuka C. Ogugua, imploring the public to hint at its commission any information about Mr. Kumo and his henchmen.

Sahara Reporters gathered that ICPC, in its statement, pasted the pictures of Mr. Gimba Yau Kumo, Mr. Tarry Rufus and Mr. Bola Ogunsola and declared them for being in connection with the issues connected to the embezzlement of National Housing Funds and diversion of the sum of Sixty Five Million dollars ($65,000,000),

Read Also: It Will Take a Very Long Process to Overcome Insecurity in Nigeria – Buhari

The commission, therefore, urged anyone who has useful information on their whereabouts to report to ICPC Headquarters Abuja, any of the ICPC State Offices or the nearest police station. 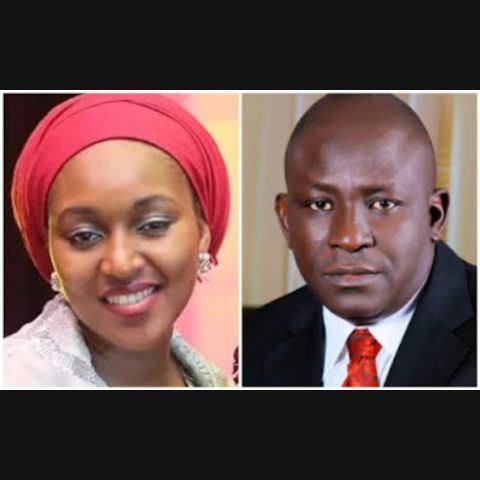 Buhari’s Son-in-law, Mr. Yau Kumo is a former Managing Director of the Federal Mortgage Bank of Nigeria, who got married to Buhari’s second daughter Fatima in 2016.

We Need Leaders That Will Ensure...

Buhari, Two Other African Presidents Will...