Baba Ijesha saga has taken a sudden interesting twist as Iyabo Ojo, who is a supporter of Comediene Princess whose foster daughter was allegedly molested, has slammed Actor Yomi Fabiyi, who has been demanding for Baba Ijesha’s bail, with a N100 Million defamation lawsuit.

Iyabo Ojo sues Yomi Fabiyi over his solid stance in seeking for the bail of Baba Ijebu, alleging him of carrying placards with defamatory statements against her during a protest organized by him to demand the release of baba Ijesha on bail.

The pair have been at loggerheads over their contradictory views in Baba Ijesha’s molestation case.

While Iyabo Ojo is in the side of Comedian Princess, and opposing every attempts to release Baba Ijesha on bail; Yomi Fabiyi on the other hands have been solid on his belief in fair trial, frowning at the continued detention of his embattled colleague, and demanding his release on bail while investigation still continues into the matter. 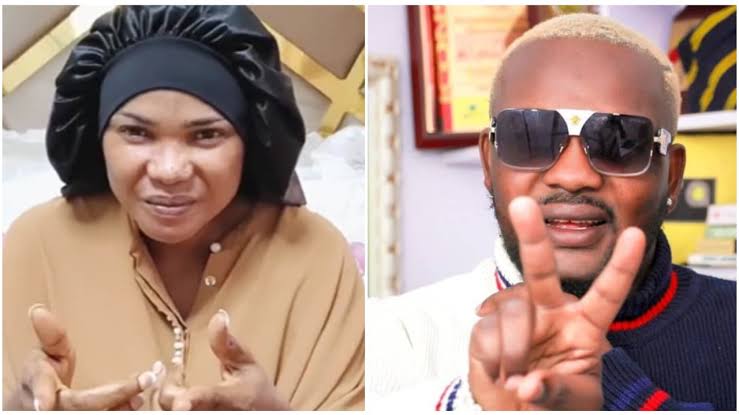 To this end, Fabiyi led a protest to demand for the release of the 48-year-old actor, whose real name is Olarenwaju James

However, Iyabo Ojo, feeling infringed by the actions of Fabiyi, has now filed a N100 million lawsuit against him, alleging him of carrying placards with defamatory statments against her.

In the suit by Maverick Forte Legal, Iyabo’s legal team, she accused Fabiyi of carrying placards with an inscription which read: “Nigeria Police please allow the law to dictate to you not Iyabo Ojo, Princess and co. Please release Baba Ijesha.” It also mentioned another which read: “Iyabo Ojo and Princess promised to kill Baba Ijesha if released on bail in this era??”, noting that such are unlawful attacks on her personality.

The suit also stated that Yomi Fabiyi’s statements on his Instagram page has allegedly damaged Iyabo Ojo’s “hard earned reputation, villify her integrity, rubbish her professional career as a businesswoman, entertainer and artiste..”

Take further notice that consequent upon your false, odious, malicious, vexatious and ludicrous statement and publication against our client which were broadcasted through your Instagram handle, viewed by a huge number of people and further published by several online blogs and newspaper outlets stemming from your orchestrated scheme that has so far damaged our client’s hard-earned reputation, vilify her integrity, rubbish her professional career as a businesswoman, entertainer and artiste, and more so caused our clients children grievous trauma and anxiety since the publication of your defamatory statement,” it read.

The actress, through her lawyer, now demanded that Fabiyi publishes a full retraction of all the said defamatory publication on his Instagram handle for seven consecutive days and acknowledges that the allegations against her are false, misleading and entirely defamatory of her character.

She also demanded that the actor “ceases and desists from making further, additional or fresh defamatory publications against our client on Instagram, Facebook, Twitter and on any other social media, social messaging blog and/or print media outlets; while also demanding a N100 Million damages to be paid for the unjustifiable injury and losses caused by the defamatory publications”; failure which legal proceeding would be initiated against Fabiyi within 14 days.

Reacting in an Instagram post, Fabiyi hit back at the actress, dismissing her suit as lacking merits, and urging his followers to ignore any unnecessary civil suits that may be attached to his name, as such does not only lack merits, but are mere conjectures and a waste of time which he is not ready for.

In his words, he noted that the people coming up against him are drowning individuals who are only trying to save their faces by clinging on anything at sight.

Anyway, anybody drowning will cling on anything to survive. Save your money for feed and tiktok costumes, don’t let any lawyer eat your money iyawo mi. You deserve better dear, time still dey to make a detour and save your face. I don’t deal in social media court. Enjoy the funny moments.”