See The Top 10 As Cristiano Becomes Most-Followed Person on Instagram.

The Juventus star reached 300 million followers, which is the most by any individual or organisation on the social medium. 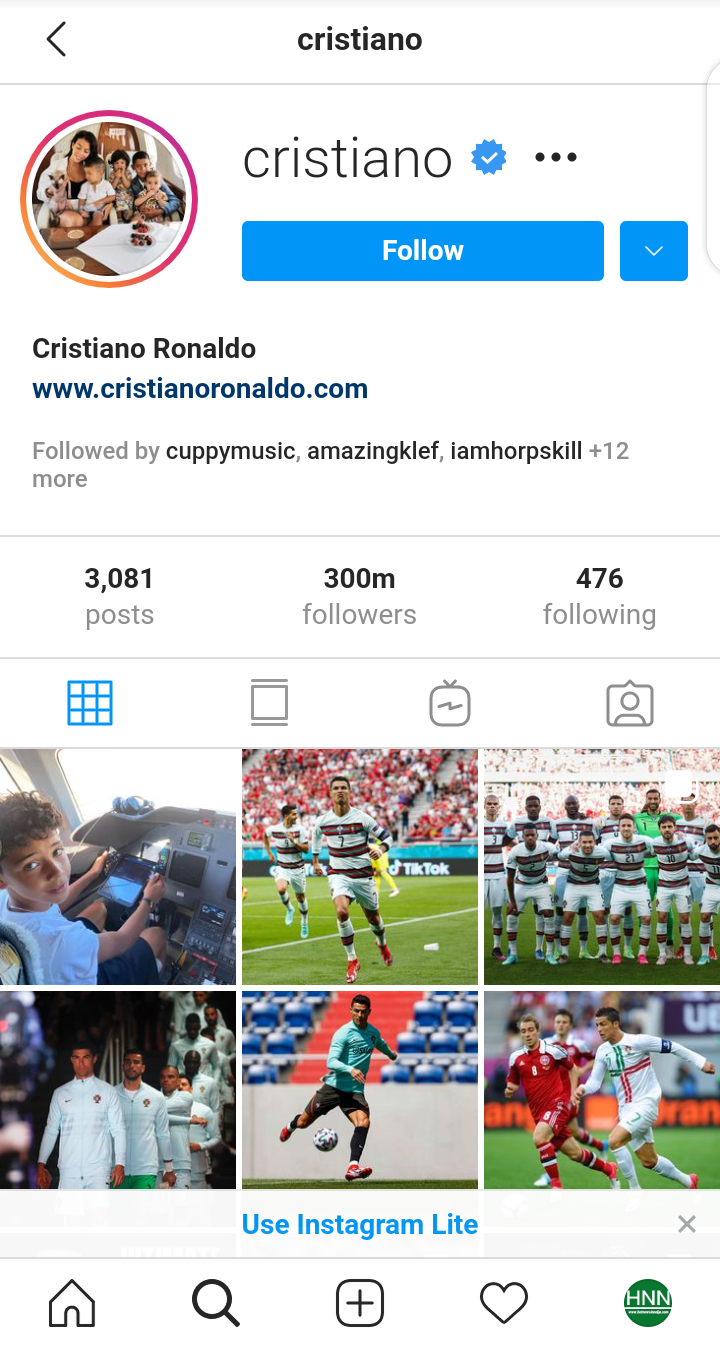 According to reports, Cristiano Ronaldo, as of April 2021 became the third-highest earner on the photo and video sharing social medium, earning $889,000 per post and with this new milestone reached by the Portuguese, there might change in his earning but it is yet known by us.

Cristiano Ronaldo and Lionel Messi are always compared in almost all the aspect of life, both on and off the pitch, but when it comes to their social life, the former Real Madrid star edges the Argentine as Ronaldo is the only sportsperson that appears on the list of top 5 people most followed on the social medium.

Hotnewsinnaija.com, therefore, gathered the top 10 most-followed people on Instagram and this can be found below.