Barcelona Ex-Captain Lionel Messi has reportedly burst into tears as he delivered an emotional speech in a press conference after the club has confirmed his departure due to their inability to fulfil his contract terms.

The Spanish club announced Messi would not continue playing for them despite the prior agreement between the Argentine and the club but it couldn’t happen because of financial and structural obstacles (Spanish Liga regulations).

However, the club arranged a farewell press conference for the Six-time Ballon d’Or winner where he would be addressing the club’s fans and saying goodbye to them.

During the press conference, the Argentine couldn’t control his emotions as he bursts into tears before he could start addressing the audience.

“This is very difficult for me after so many years and to have lived all my life here. I’m not ready!

“Last year, when I sent the letter to leave the club, I was ready to speak up and I knew what I wanted to say because I was convinced, but that’s not the case this year.

“I and my family were convinced that we were going to stay in our home, that was what we wanted the most.

“For us it is most important our wellbeing and to be at home, enjoying our professional and personal life here in Barcelona, which is wonderful.

” Unfortunately, today I’m here to say goodbye after so many years, my whole life here. It was only 13-year-old when I arrived here. I did everything to remain at the club.

“Laporta and the club admitted it was because of the problem with La Liga ( financial fair play), but I heard so many things about me and the reasons of why I wasn’t remaining with the club.”

“But I can guarantee you I did everything possible to remain at the club, I wanted to stay!

“Last year, I wanted to leave and I say it, but things change and I wanted to stay but it wasn’t possible!

“I would have loved to say goodbye in other terms. I never imagined my farewell because it wasn’t on my plans, but impossible to think it will happen this way.

“I would have loved to do it with fans on the pitch and to listen to them cheering up me one last time. I missed all of them during the pandemic.”

Watch the video of his press conference below as posted by a sports media Facebook page Soccer Stories: 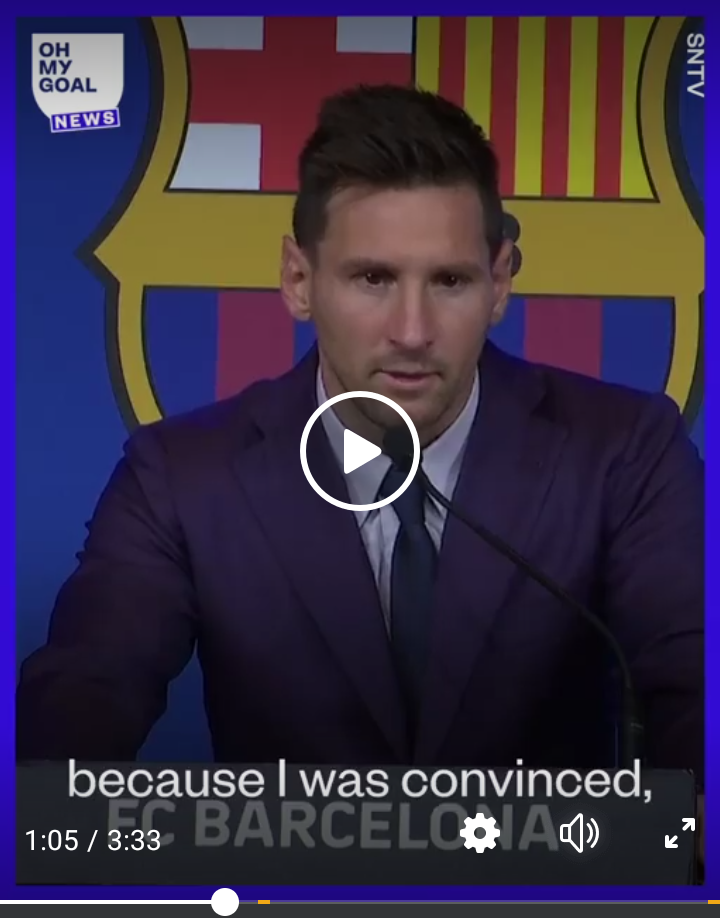