BBN Reunion: I regret Getting To Romantic Entanglement With Prince – Tolanibaj

The best Reality Television Show in Africa, Big Brother Naija has backed with the long-awaited reunion show for the last (Lockdown) season’s Housemates.

The reunion has seen former housemates revealing some interesting information and serious secrets that being kept when the season was on and this has made the reunion show becoming more interesting, fun and tense, while many dramas have also been looming among the housemates that had unsettled beef between each other.

Read Also: You Are Not Man Enough – Tolanibaj Shades Prince.

In the latest episode aired on Tuesday, former BBNaija housemate, Tolanibaj, disclosed her most regrettable experience in the BBNaija house, saying she has been subjected to different social media attacks due to her entanglement with fellow housemate, Prince during her stays in the house. 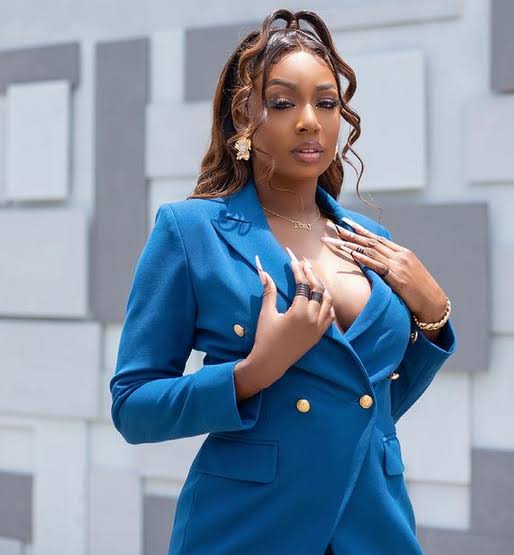 Tolanibaj disclosed that she faced this criticism from people because they believe she is desperate and looking for a man to be with.

During the show, Tolanibaj also revealed that she used Neo to make Prince jealous because she didn’t think he was man enough.

When the Lockdown season was on, Prince and Tolanibaj had a romantic relationship in the house, as readers will recall, but the fire of their relationship was quenched at one point due to Tolanibaj’s complaints that Prince was not publicly expressing his love for her.

Watch the extended highlight of the reunion show here:

Former Rep Sentences To Seven-Year In Prison For Taken Bribe.