BBNaija Reunion: Nengi Denies Getting Closed to Kiddwaya Because of His Money.

Ex-Big Brother Naija Housemate, Rebecca Nengi Hampson, simply known as Nengi has denied being a friend with his fellow housemate, Kiddwaya because she learnt about his parent’s money.

The Wednesday episode of the BBNaija reunion show has seen Nengi and Kiddwaya engaged in discussion about the belief that the former got close to the latter because she like him had affluence. 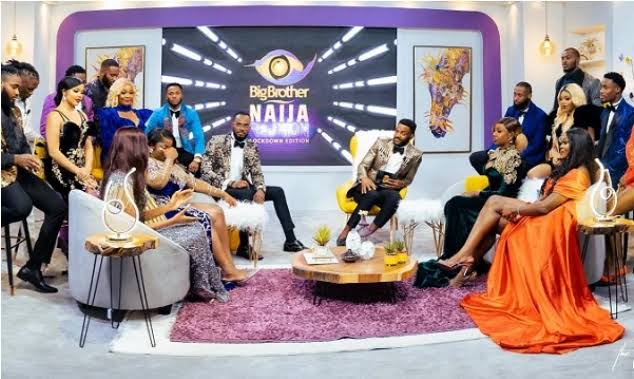 Speaking about this, Nengi denied and insisted that she only like playing with him because she was drawn by his playful deposition.

“Why would I come to the house, and follow Kidd because Kidd has said his father has money, that makes no sense…”

At this point, Kiddwaya also denied having ever made the revelation or discuss with any housemate that his parents have money.

However, Nengi and Kaisha affirmed that Kidd did make references to having a billionaire father.

Kaisha disclosed that there were times Kidd promised to gift people money and even spoke about flying into Lagos in a private jet. She further noted that Kidd bragged about his father’s wealth, and mentioned when he said his father helped put some prominent people in positions of power.

Read Also: Video: He Did Not Last for 5 Seconds – Ka3na Admits Having S** With Praise.

Kidd counter reacted, denied to have ever in any way bragging about such a thing, noting he was only living his ‘normal life.

Kaisha Argues With Neo, Calls Him A Liar for Denying Having Feelings for Her During BBN Show.