Two Big Brother Naija Season 6 Housemates, Pere and Nini, were engaged in a serious fight after they concluded the team task on Saturday evening.

The two Shine Ya Eyes Housemates allowed a minor misunderstanding to caused a bust-up between themselves after the task as Nini blew hot at her colleagues for raising his voice at her when she tried to correct him during the task. 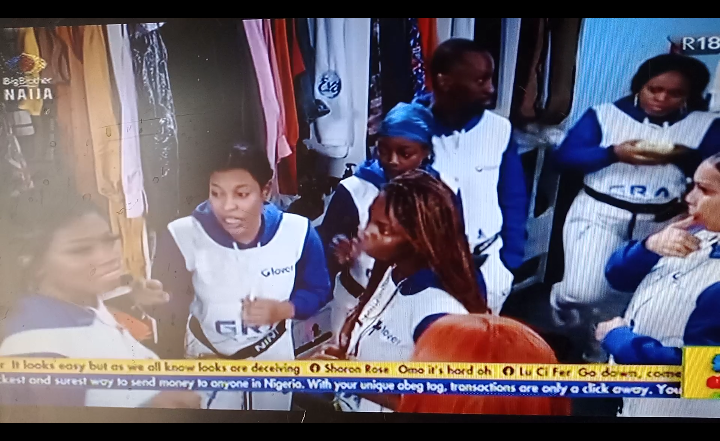 Nini, while trying to let the house know she was not okay with the way Pere raised his voice at her said:

“Don’t ever come at me like that, it’s not that deep.”

Responding to this, Pere gave her an instant clap-back, he said:

“If it wasn’t that deep, you wouldn’t be yelling.”

“You were the one yelling,” Nini fired back at once.

Before the issue become more intense and Nini wasn’t ready to back down, some Housemates had to usher her out of the dressing room where she was with Pere.

Read Also: #BBNaija 2021: Housemates Were Rewarded For A Successful First Task, See What They Got.

Fellow Housemate, Cross told Nini that Pere might just be playing when he shouted at her but she refused to agree, alleging that Pere did it intentionally.

Read Also: #BBNaija: Pere, Maria Revealed As The Wildcards, See What Will Happen To Them Next.

However, Pere and some guys in the House smile through the issue and ignored Nini as she refused to calm down.

#BBNaija 2021: Housemates Were Rewarded For A Successful First Task, See What They Got.