#BBNaija 2021: Housemates Were Rewarded For A Successful First Task, See What They Got.

Big Brother Naija Shine Ya Eyes Housemates have been rewarded by Big Brother following the successful first task they pulled up on Friday night.

Big Brother while speaking to the Housemates after their presentation of a theatrical performance, gives credits to them for a job well done and as well, rewarded them.

The theatrical presentation by the housemates was a fusion of drama, songs, and dance, ranging from diverse cultures.

Different Indigenous cultures including Yoruba, Igbo, Hausa, Ijaw, and Efik, were displayed in the presentation to depict a particular ceremony from each tribe.

Biggie, while speaking about their performances, asked the remaining Housemates to give a round of applause for Liquorose for the unique theatrical skill she pulled up during the task, for WhiteMoney for the song and Sammie for the way he directed the task presentation perfectly. 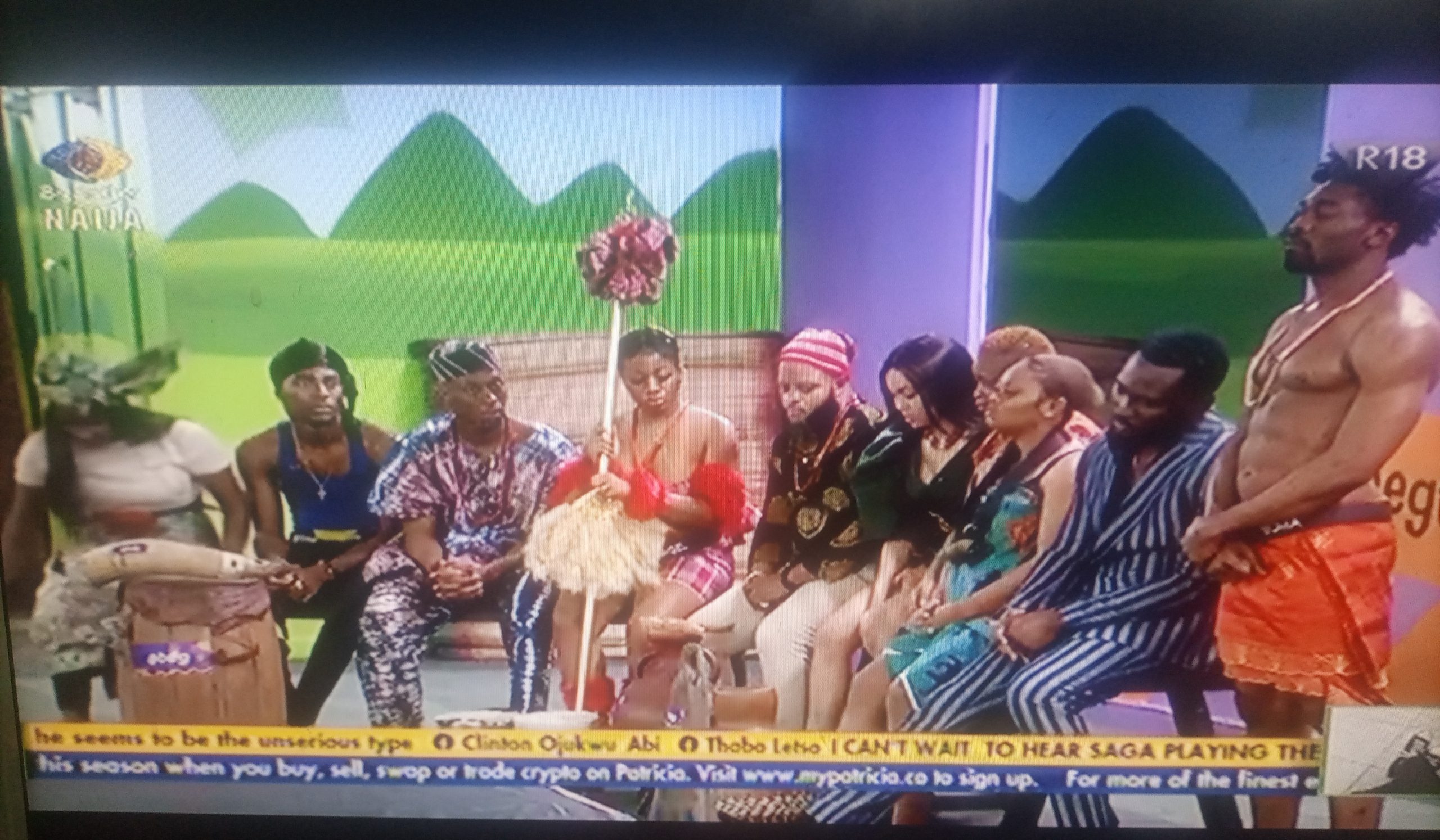 Big Brother stated that the reward for the completion of the task is a jacuzzi party at the Big Brother garden, also revealed that the drinks for the party have been provided.

Read Also: #BBNaija: Pere, Maria Revealed As The Wildcards, See What Will Happen To Them Next.

As part of their rewards, Big Brother gave the Housemates permission to open their envelops and revealed that the envelop contain their Abeg Naira. He also added that extra currencies have been made available for all the housemates.

“Head of House, there is a stool with an envelope containing some Abeg naira to be distributed for the whole house.”

The Housemates, shouted, cheered Big Brother for the rewards, and got ready for the jacuzzi party.

VIDEO: Inside Details Of How Portable Was...