Fans of the Big Brother Naija reality TV show has described the prank pulled on the ladies in the house by male housemates as “Absolutely epic” in a poll conducted by the organisers of the show on its official website.

Recall that, guys after they were introduced into the BBNaija house at the launch on Saturday 24th of July, have planned that they would pull pranks on the ladies when they join them in the house the following day.

The guys, while executing their planned prank as the ladies were arriving at the big brother Naija house, tied their boxers on their heads and instead of them jubilating or rejoicing over their arrival, they were keeping a long face. 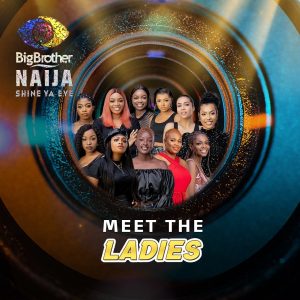 According to the poll conducted on the official website of big brother Naija, fans voted the prank to be epic.

Read Also: #BBNaija: “Things Fall Apart” – People React To Angel’s Br**st After She Was Introduced Into The House

In the poll, the BBNaija organisers asked people’s views about the guys’ prank and provided four options, childish, absolutely epic, nice but they took it too far, and They better have better pranks going forward, for them to pick from and as at the time of publishing this article Absolutely epic is leading the poll with 32% of the voting.

The poll can be seen from the screenshot below: