Big Brother Naija season 6 Housemate, Cross, has said the return of their two colleagues, Pere and Angel will not affect who is going to win the N90m grand prize of the Big Brother Naija Shine Ya Eye.

Big Brother, during the last weekend eviction, took an eviction twist, asking Pere and Angel to leave the house, in what seemed like eviction to the remaining Housemates in the House. 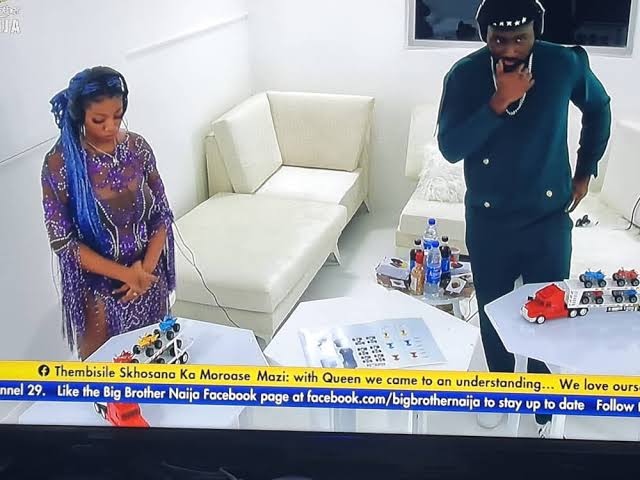 Unknown to them, the two Housemates were asked to proceed to the White Room for an eviction task that would decide which one of them return to the House and compete in the final.

After the task and a series of protests, comments from the fans of the reality TV show, Biggie decided to allow them to return to the House and compete in the final.

On their arrival back into the House, the Housemates were happy to see them, while they were at the same time surprised because they have no knowledge of what was going on. 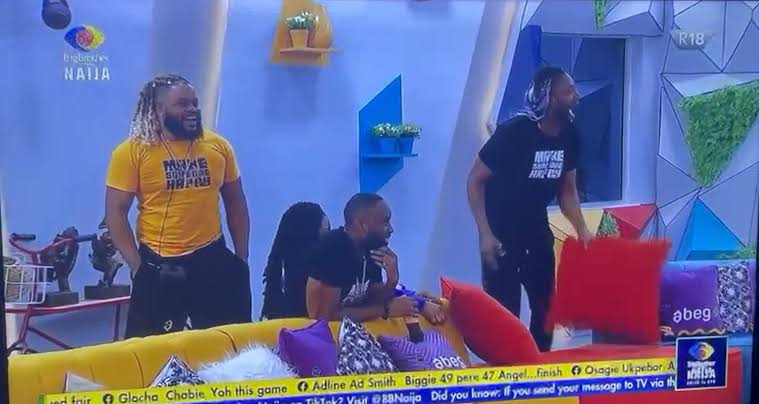 Cross, during his Diary Session with Big Brother on Tuesday, was asked about the whole scenario and if they are going to be a threat to them.

Responding to this, Cross told Biggie that he’s very happy to see them back but he does not think their return will change who will turn out to be the winner of the show.

He noted that he’s more excited that Angel is back

“I am glad they are around honestly. I don’t think their return will change who will turn out to be the winner but I’m more excited that Angel is back.”

#BBN: “I Nearly Lost My Temper Before...