#BBNaija S6: “The Two Odogwus of This Season” Fans Hail WhiteMoney & Pere After They Cook Together in The Kitchen.

Pere and WhiteMoney, two of the Big Brother Naija “Shine Ya Eye” Housemates, have got people talking on social media after they both cooked in the kitchen, following the serious quarrel that occurred between them on Monday night.

The two Housemates have made themselves mostly talked about Housemates of the “Shine Ya Eye” season due to the several antagonism encounters that have happened between them since they were introduced into the BBNaija House.

Recall that Pere, when he won Head of House (HoH), had alleged WhiteMoney of monopolising the House kitchen to make himself indispensable to other Housemates and, however, barred him from the Kitchen.

Meanwhile, the two Housemates, on Monday night, had a serious quarrel, where Pere was sighted removing his belt and this has been portrayed by other Housemates as an act of bullying and intimidation. 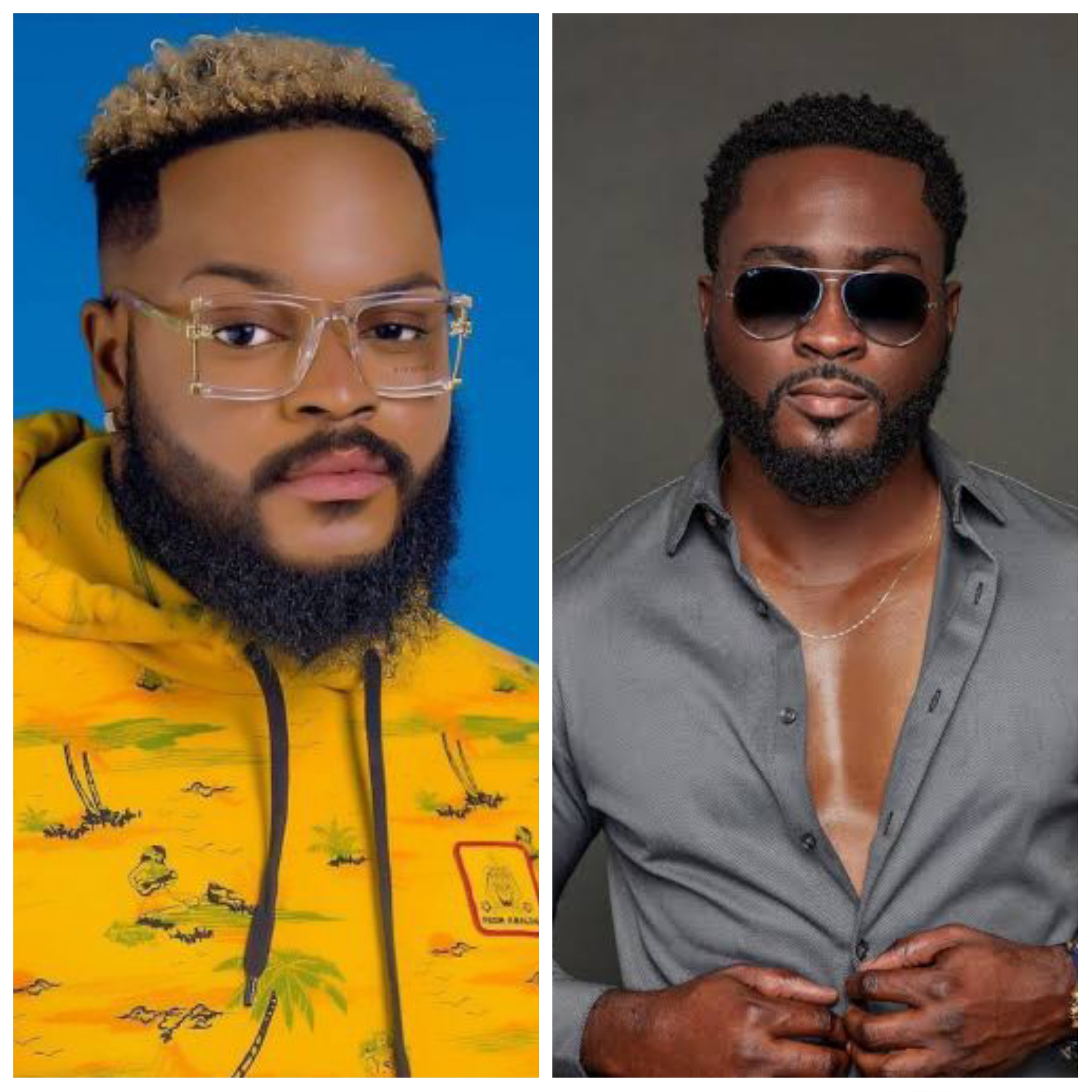 Mixed picture of Pere and WhiteMoney. 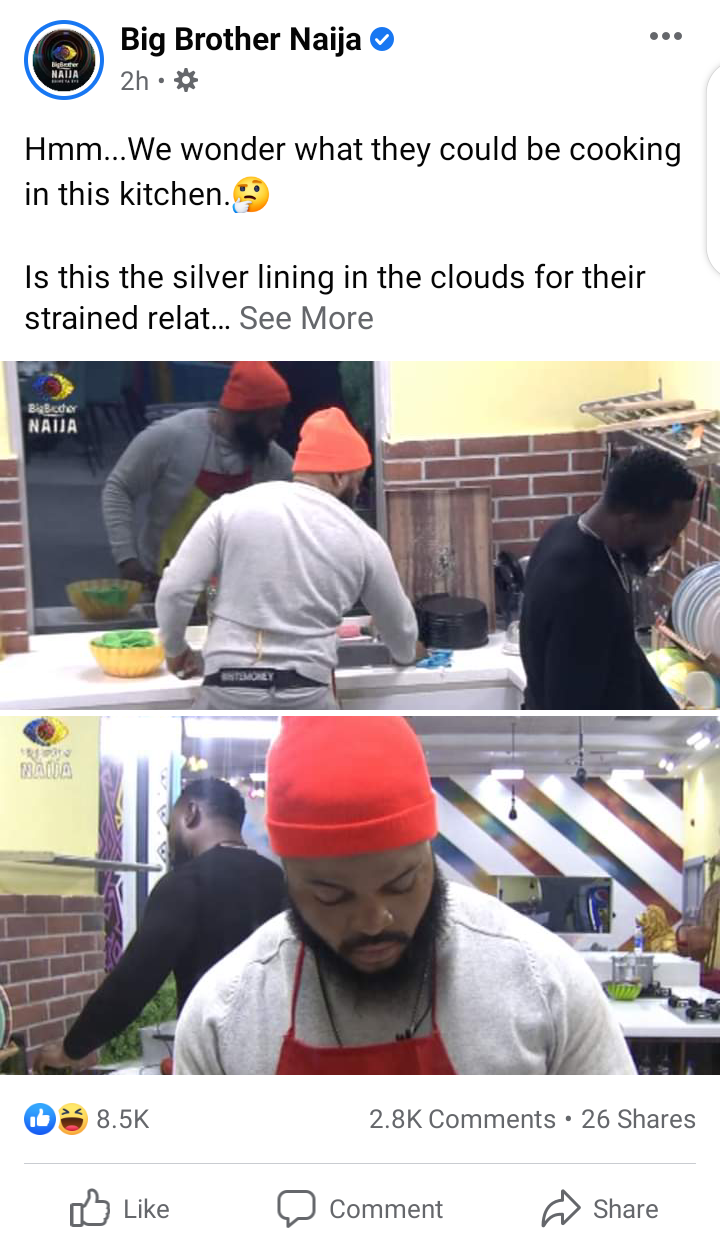 This drawn many reactions from viewers as they trooped to the comment section of the post to shared their opinions about the issues between the two Housemates.

Some of the viewers give credit to Pere for bringing them the drama they subscribed for while some berated him for always focusing on antagonising WhiteMoney.

Many other viewers made a neutral comment, calling them different names and showering them encomium, with some referring to them as the “Odogwu” of the ongoing season of the reality TV show.

See the screenshots of their comments below: 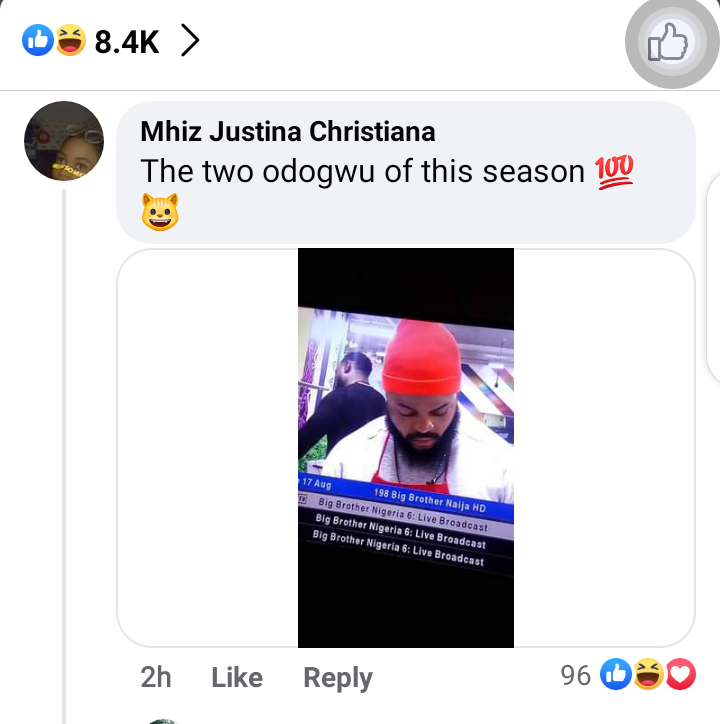 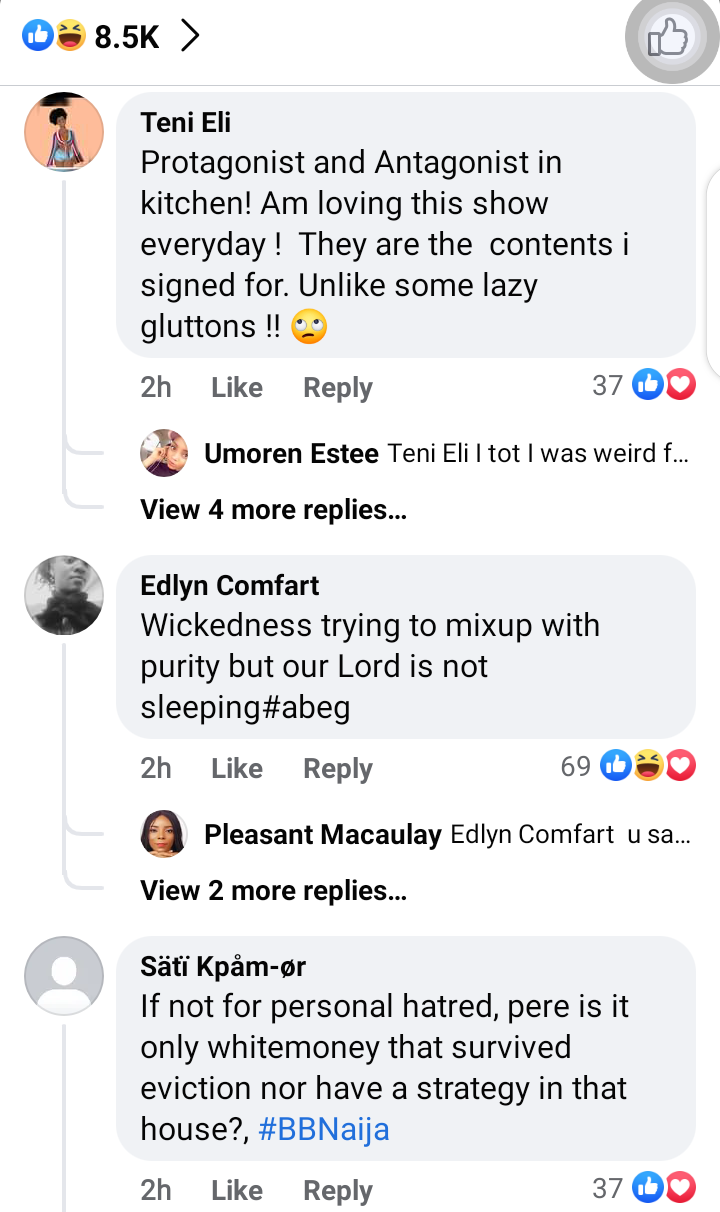 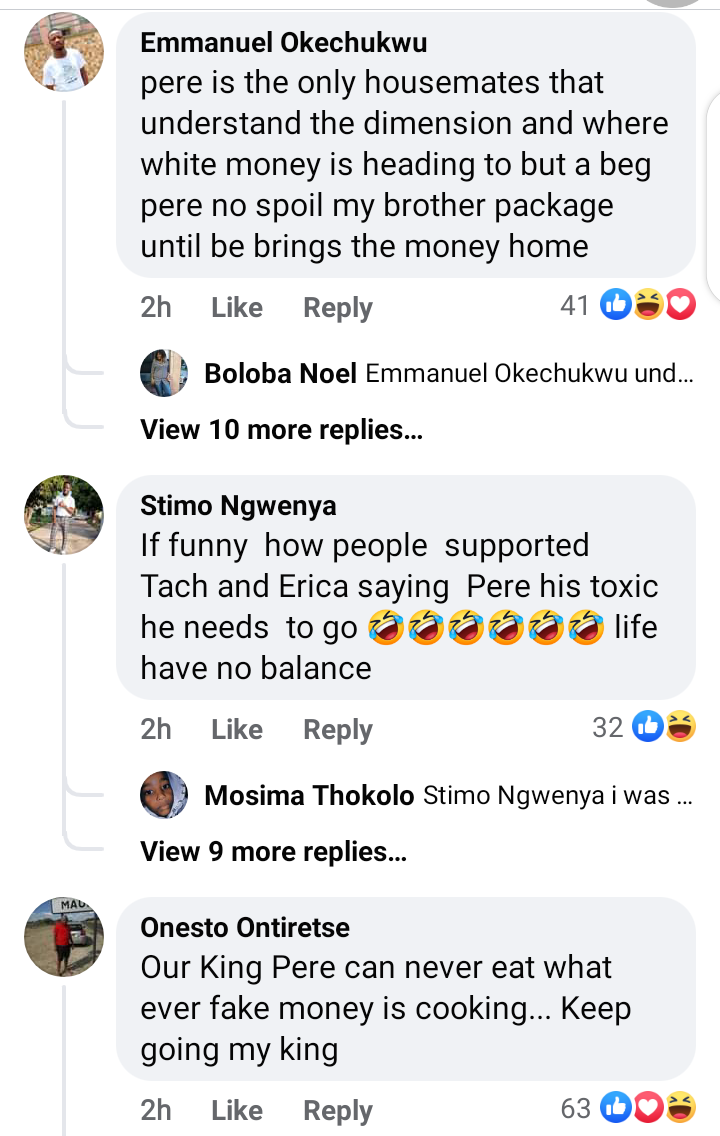 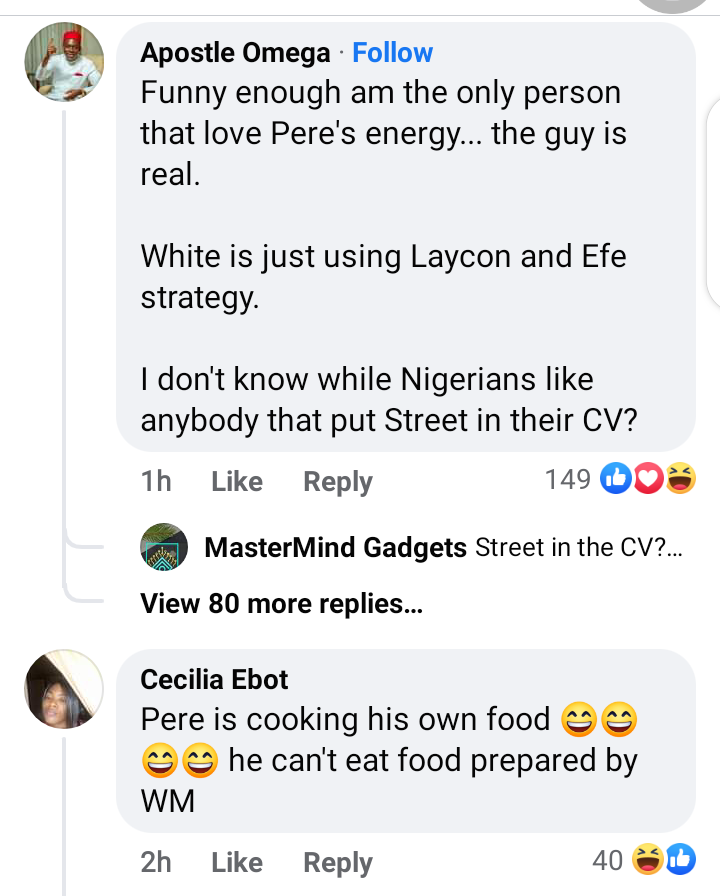 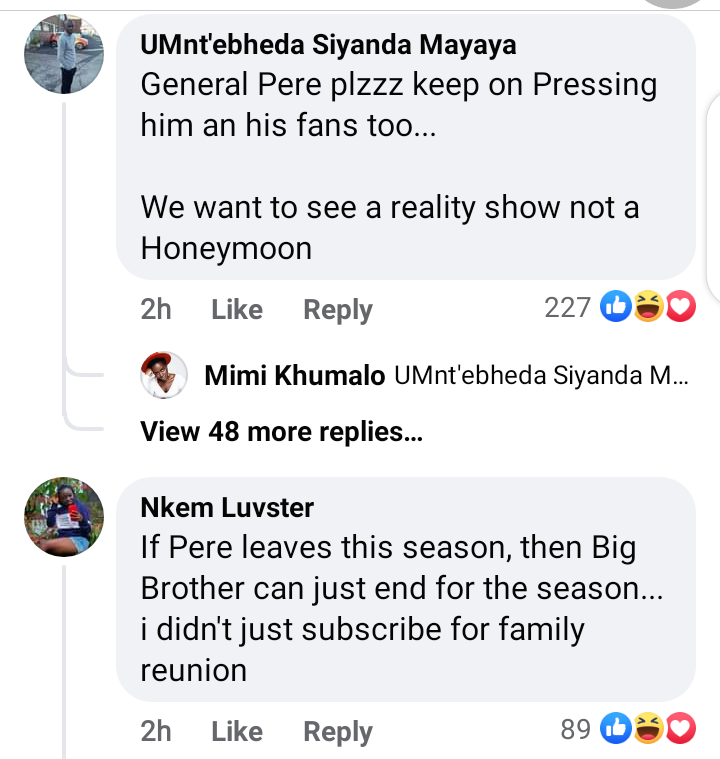 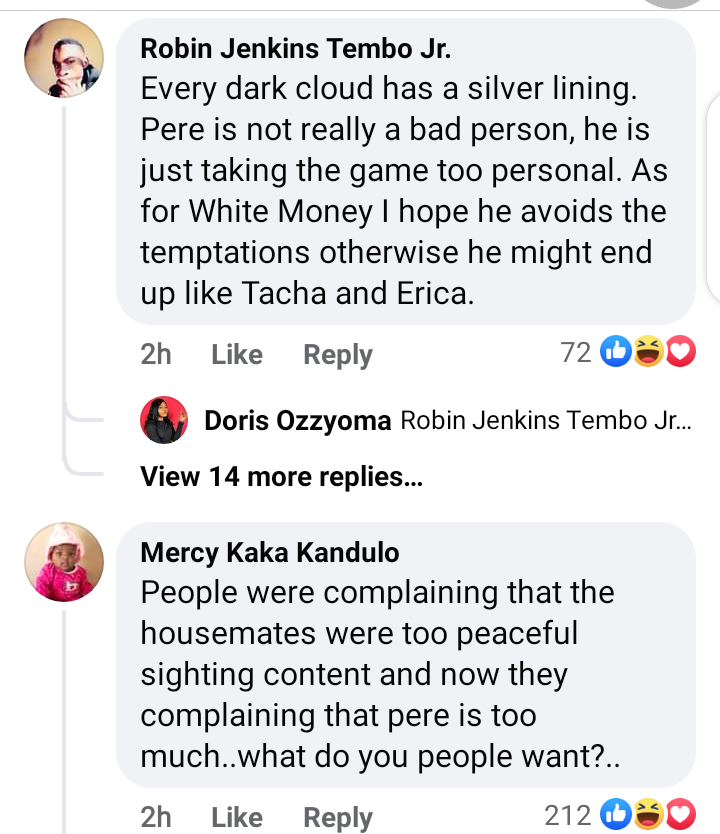 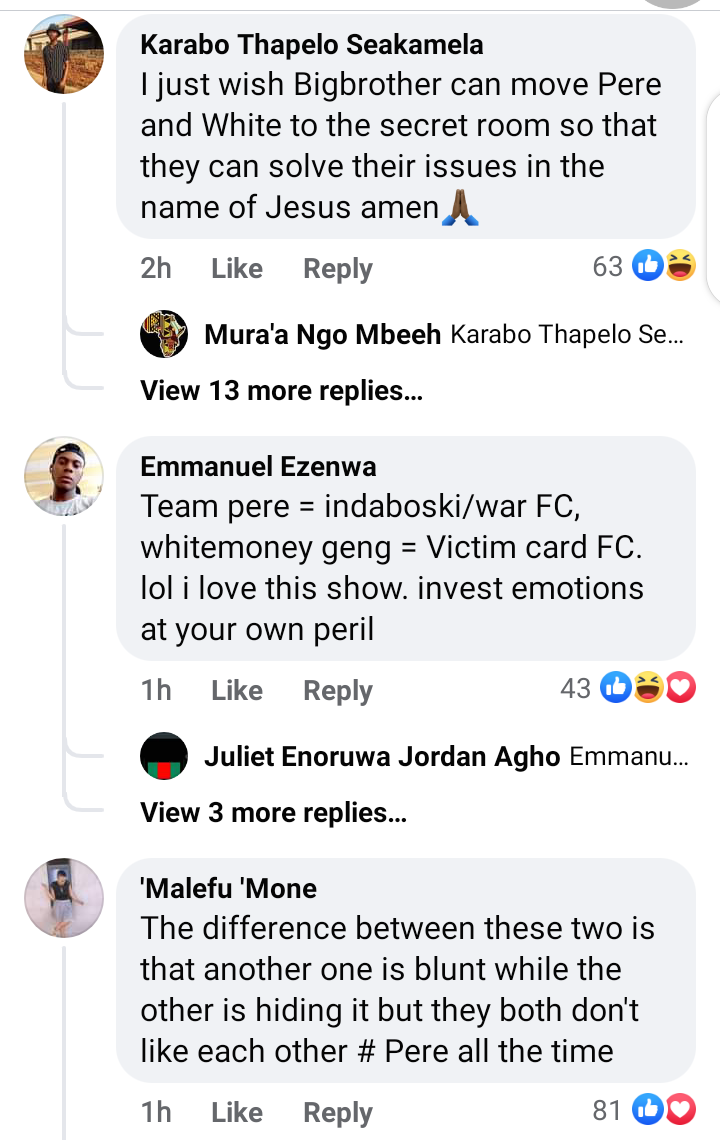 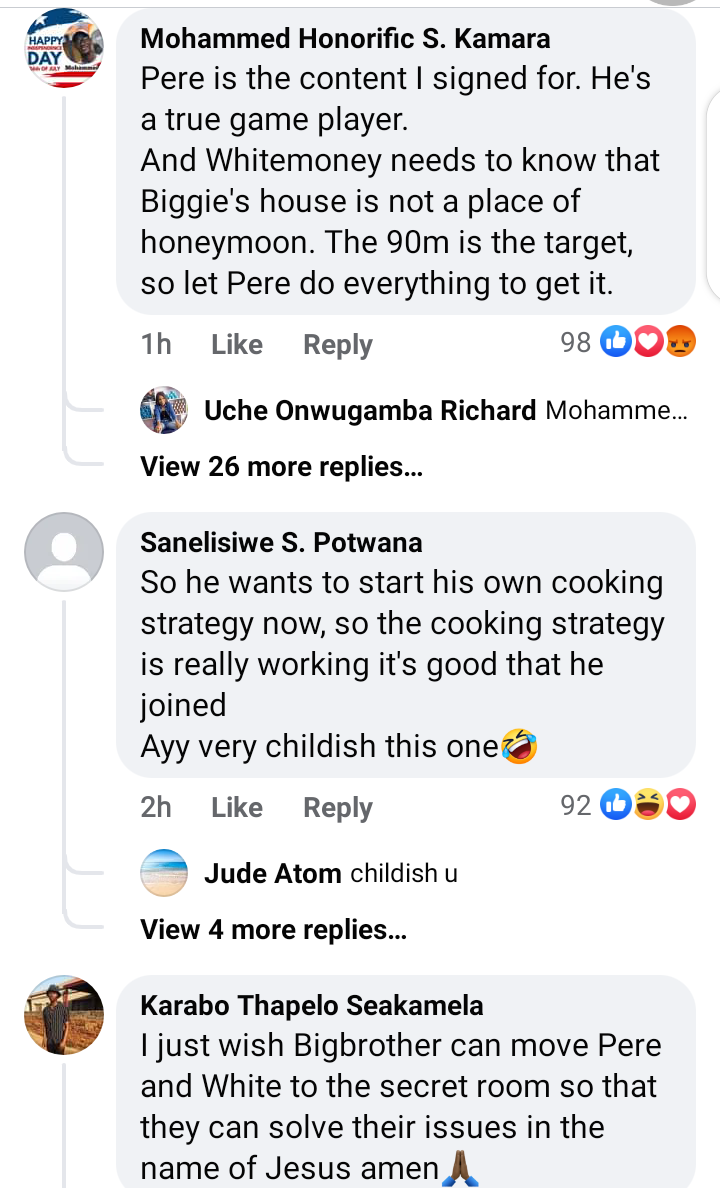 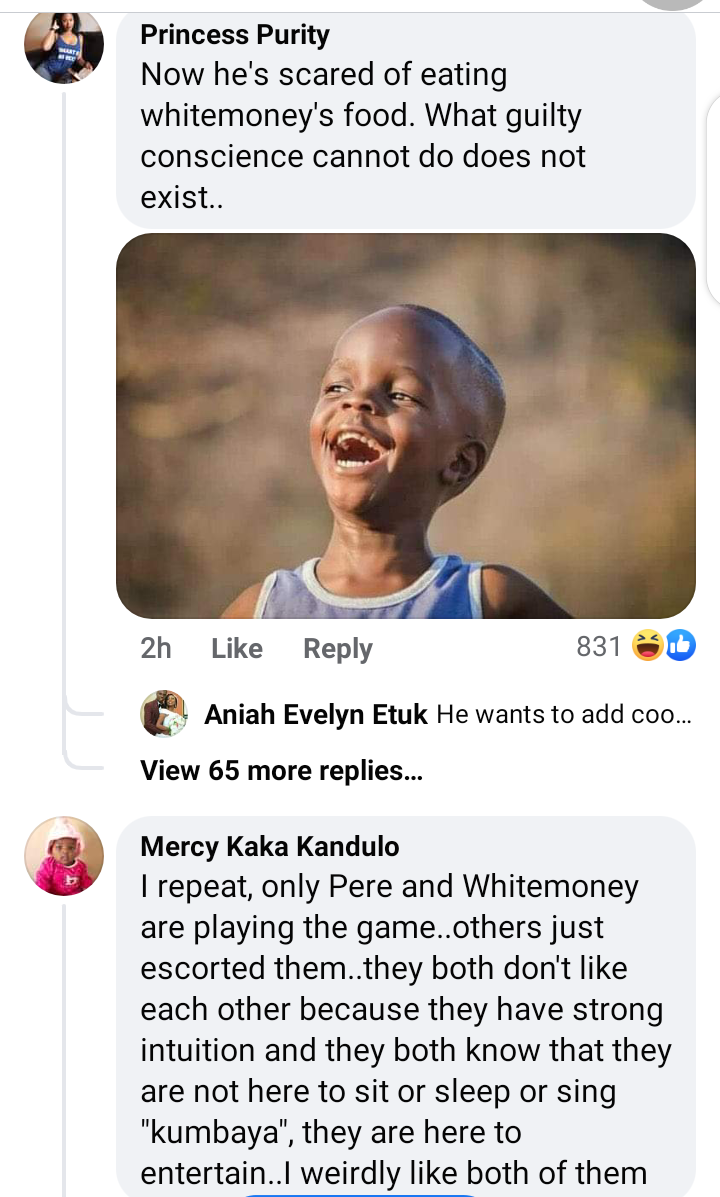 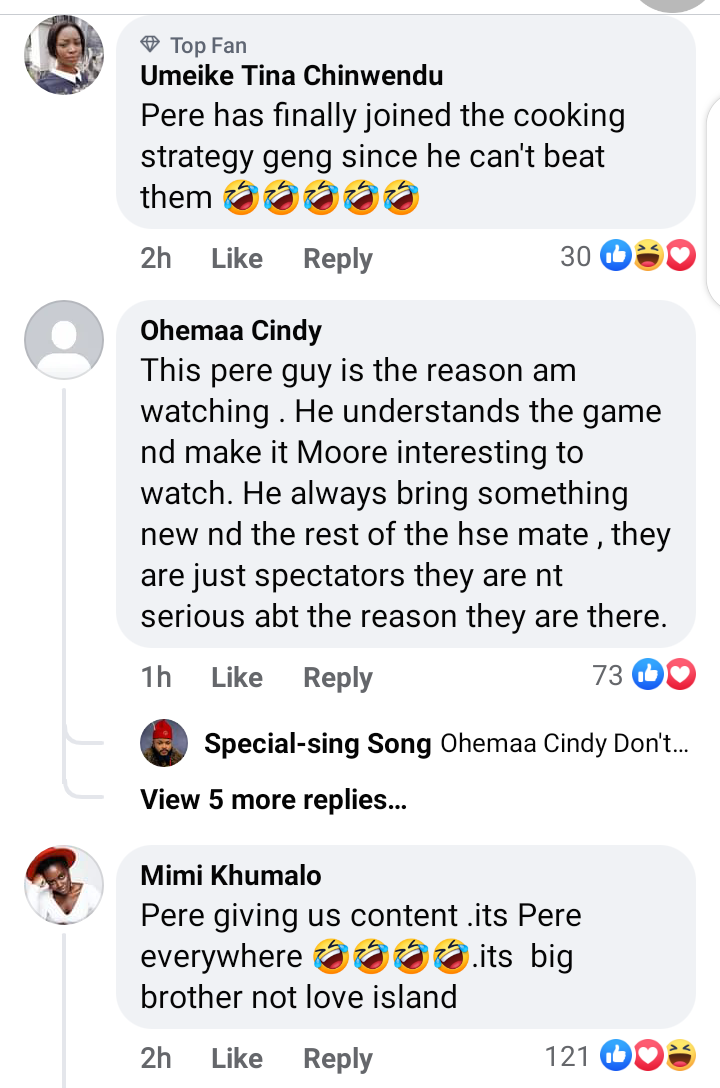 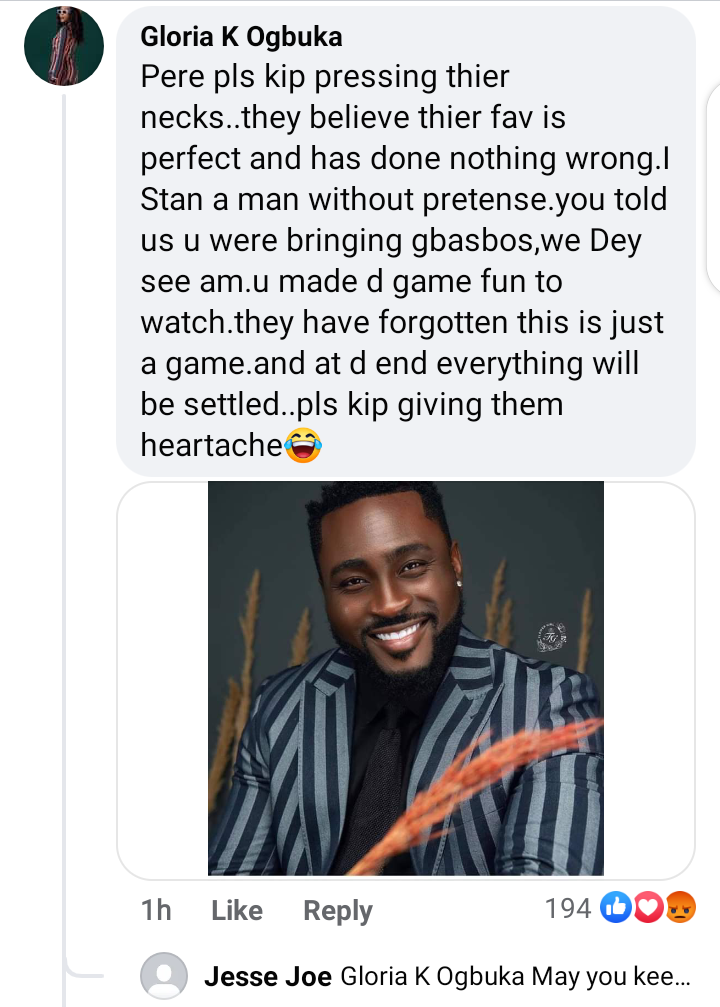 Man In Pains After Discovering He’s Not...