BBNaija Shine Ya Eyes: Biggie Finally Reveals Pere And Maria as The Wildcards.

After days of suspense, contemplations and accusations, the two Wildcards amidst the Housemates of the Big Brother Naija Shine Ya Eyes have finally been revealed by the big brother fondly referred to as Biggie.

Following the Housemates’ Diary Session where they were invited to make their predictions on the two among them thought are Wildcards, Pere and Maria were revealed as the Wildcards of BBNaija season 6 House.

The two Wildcards, before they were being exposed, did a good job by blended well with the rest of the Housemates in the BBNaija House. 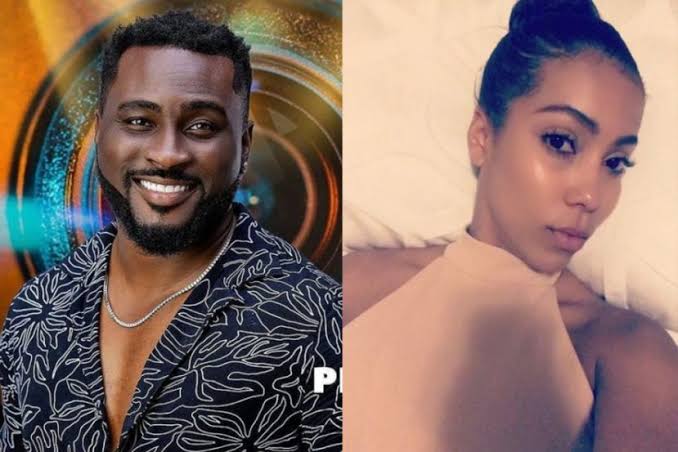 Maria acted so perfectly that no Housemates could think of her as the Wildcard, she always participating actively in the Task and making sure her voice is heard.

Pere, on the other hand, took a more laid-back approach in the BBNaija House have his cover well secured, he maintained his bromance with the guys and casually having conversations with the rest of the Housemates. He was even on course to building a romantic alliance with Jackie B.

His military experience must have come into play here!

Read Also: BBNaija: “Ladies Come To Me Because I Have Some of the Things They Like” – WhiteMoney Says.

Both Wildcards, on a few occasions, brought forward conversations about who could possibly be the Wildcards and pointed out other Housemates as likely suspects.

Maria was particularly surprised to find out there was another Wildcard in the House during her conversation with Biggie in the Diary Room. When asked if she knew who it was, she correctly guessed Pere.

Read Also: #BBNaija: Angel And Jackie B Comfort Sammie After He Breaks Down In Tears When He Remembers His Background [Video].

Maria was bothered that she had to lie and maintain a front with the other Housemates but she was confident she pulled it off, while Pere was glad when he heard the revelation of another Wildcard and guessed it was either Maria or Nini.

#BBNaija: Angel And Jackie B Comfort Sammie After He Breaks Down In Tears When He Remembers His Background [Video].

BBNaija 2021: Reactions As Pere And Jackie B Were Sighted Whispering to Each Other’s Ear On Bed.