“Biafran National Guard” Threatens Nigerian Government, Says They Are Taking Over Biafran Territories As From May 30

A self acclaimed Biafran National Guard, BNG, has vowed that, starting from 30th of May, 2021, they would start hoisting the Biafran Military Flag of Authority across the Biafran territories, taking Anambra State as the starting point.

The group emphasized that this activity will signify the beginning of the total breaking away of the Biafran Republic from Nigeria, and that the flag hoisting will commence from Anambra state.

This was made known in a statement issued and signed by the Head of BNG, Colonel Nsikak Akpan, and sighted by the Daily Post.

As reported by the newspaper, the BNG noted that, as from the proposed date, it is banning the diplay of the Nigerian flag from any part of the Biafran territory. 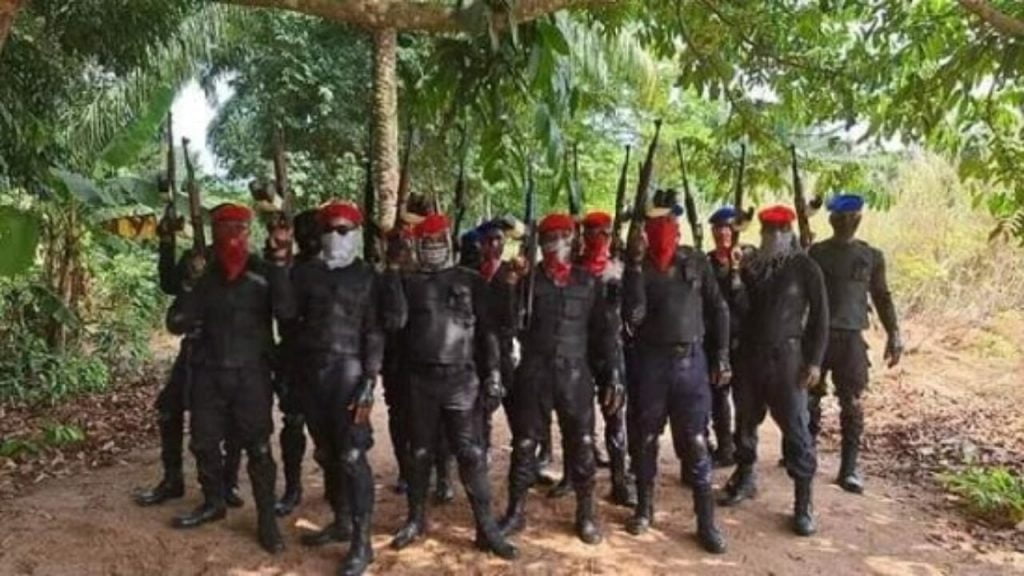 The group also said that, going by the level of mayhem it is proposing to unleash on the Nigeria State and all its agencies, parastatals and installations within Biafran territories as from that date, the recent activities of the ‘unknown gunmen’ in the South-East would be nothing more than a mere child’s play compared with theirs.

As for the forthcoming governorship election in Anambra, the group threatened that it is not going to allow the election hold any bit, adding that the State would no longer be allowed to be affiliated with the Nigerian State or governed under it.

The statement of the BNG reads in part:

After extensive deliberations and consultations, the Biafran Supreme Military Council of Administration {BSMCA} comprising of BNG Head, the Provincial Adjutant(s) and Acting Administrator(s) of the Biafran Army, Biafran Navy, Biafran Air-Force and Biafran Detective Force vows to hoist the Biafran Military Flag of Authority which will officially signify the change from Transitional to Provisional government and the total takeover of Biafra territories beginning from May 30th 2021.

The group further warned all Nigerian Security forces to desist from arresting or authorizing the arrest of the citizens of Biafra; and also adding that it bans all form of patrol, checkpoints or show of Nigerian security uniforms from its territories.

The BSMCA states that the Biafran National Guard {BNG} will kick start her activities in defunct Anambra state, emphasizing that the slated November governorship poll will not be allowed to hold and the defunct state shall nonstop be disrupted from been governed in any form affliated to the Nigeria State.

Good information. Lucky me I recently found your website by
chance (stumbleupon). I’ve book marked it for later!

What’s up i am kavin, its my first occasion to commenting anyplace,
when i read this article i thought i could also create comment
due to this good post.

Inside Details of How Abba Kyari Lands...