A Nigerian pastor and the General Overseer of Omega Fire Ministries International, Apostle Johnson Suleman, has requested the sack of Arsenal coach, Mikel Arteta after the Gunners were evicted from the Europa League by Spanish club, Villareal.

Pastor Suleman who is known to be a die-hard Arsenal fan has shown his displeasure as his favourite football club displayed a lacklustre performance in the 0-0 draw UEFA Europa League semi-final second leg at the Emirate Stadium. 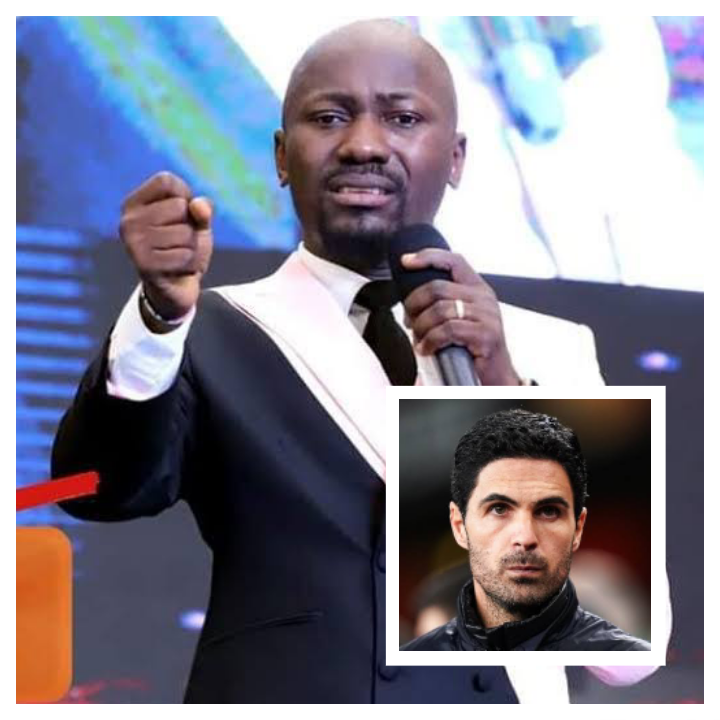 The Gunners exited the UEFA’s second tiers club competition on 2-1 aggregate to the Laliga outfit who are coached by former Arsenal boss Unai Emery.

The result means Arsenal will not feature in any European club competition by next season for the first time in 25 years as they are nowhere near the top 7 on the league table.

He added that he complained when arsenal sack Emery and brought in Areta but his fellow Gunners fans were asking him to calm down and trust the club process. He further listed some of the average clubs that had defeated them in the Premier League this season.

Arsenal sacked Emery,brought in Arteta.
I complained and fellow Gunners as usual said "Trust the process"
Aston villa,Burnley etc,all beat us at home.
This is the worst confederacy
Korenke out..Artea out..
Cant even type..sad..