UEFA President Shades Perez, Gave Honest Answers When He Was Asked If Madrid vs Chelsea Won’t Be Played 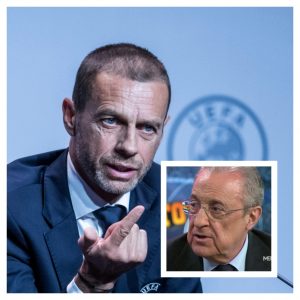 The UEFA President Aleksander Ceferin has discussed Perez’s mastermind Super League saga and the possible punishments that could be taken against the Football clubs that chooses to participate in it, Marca has reported.

Ceferin, in an interview on a Slovenian TV, on 24UR, was asked if there is a possibility that the UEFA Champions League semi-final match that was slated for next week between Real Madrid and Chelsea won’t be played.

Responding, the UEFA President said that, the reason why they can’t stop the semi-finals from taking place is that season has already started and if they decide not to play it, broadcasters would come after them to ask for damages. He therefore, stated that there is relatively little possibility that the match isn’t played next week but things could change in the future.

He was also asked about Florentino Perez’s comments about not wanting a UEFA President like him.

Reacting to this, Ceferin said Perez’s comment is more incentive for him to stay. He added that kind of President he want is the one who will obey whatever he says, listens to him and does what he thinks, but in his own case, he will only do what he think is good for European and world football.

Following Aleksandra Ceferin’s serious actions against Super League and with the supports of the football fans across the world, almost all the teams that opted to perform in the competition have already pulled out and necessary actions have been taken on restructuring of the UEFA Champions League against next season.

Again, Nigeria Loses Out to South-Africa on Africa’s Headquaters of Amazon – Reno Omokri