Vice President of the Federal Republic of Nigeria, Professor Yemi Osinbajo, has urged Nigerian youths to contest for elective positions if they want to assume power come 2023.

The Vice President, while speaking on Monday during a 2-day retreat for young legislators in Lagos stated that power is never given on a platter, therefore, youths need to partake in elections.

Osinbajo, who was represented by the Senior Special Assistant on National Assembly matters (senate) to President Muhammadu Buhari, Babajide Omoworare, said the not-too-young-to-run movement would be defeated if the youths do not contest for elective positions. 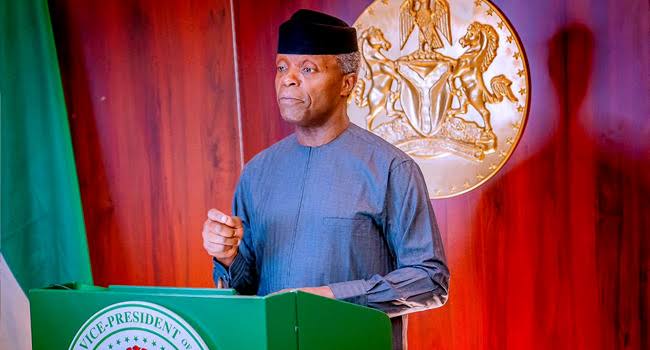 He disclosed that the Nigerian government had been doing everything possible to equip the youths’ capacity as future leaders, and implores the youths who are ready to hold elective positions in 2023 to join a political party or form new ones.

“In preparation for 2023 general elections, we must realise that greater participation of our youths should not be mere rhetoric.”

“Power is never handed over on a platter. If you don’t bid, you can’t win. We must also register to vote.

Speaking further, he noted that the whole essence is to involve the youths in the democratic process, as well as in the process of parliamentary.

He lamented that, in other crimes, youths used to volunteer to mobilise people for political function, while their turnout during elections had always been low.

Stressing further, he noted that the involvement of youths in democratic processes would bring fresh ideas and build public interest in governance. He added:

“The involvement of young persons in the democratic and legislative processes will give us a better democracy and opportunity to make Nigeria a greater country.’’

“You Have Successfully Created A Monster Called...