In the physical strength task, Housemates were expected to beat some obstacles set up in the task, which crawling under a rectangular-shaped iron that is ramped with a net is one of them.

This has already been completed by Pere, Boma, Sammie, Cross, and some other Housemates without sustaining any injury.

However, when Emmanuel was trying to complete his own, he hit his shoulder on iron and he couldn’t continue the task and other housemates surrounded and helped him out of the iron barricade.

Shortly after the incident, Biggie announced that Emmanuel would not finish the task but they resumed back and other Housemates proceeded with their own. 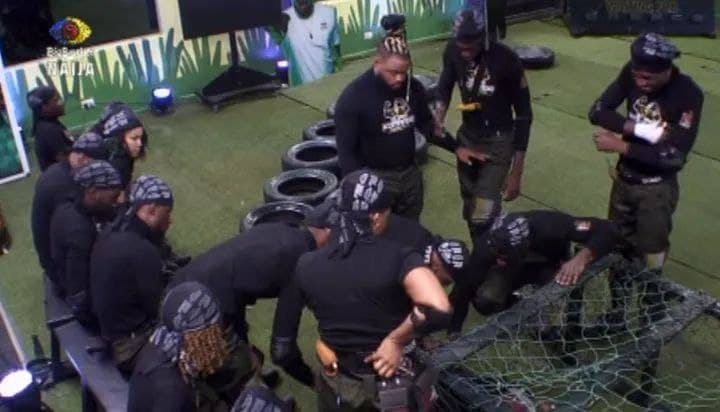 Meanwhile, when it is Tega’s turn to perform the task, she sustained a similar injury at the same point Emmanuel sustained his won but she endured the pain and completed her task, although, her injury was not as serious as Emmanuel’s own.

The Supa Komando task winner will be rewarded with a prize of N2 million and a one-year Supa Komando ambassadorial deal.

VIDEO: Funke Akindele’s Husband Celebrates Her on Her Birthday, Invites Tope Alabi To Sing For Her At Their Home.

(Video): “My Girlfriend Is Not Allowed To...