Big Brother Naija season 6 Housemates have had a discussion about their colleague, Kayvee who is one of the four Housemates that was introduced to the show after the first eviction of the season.

The Housemates in their conversation expressed their concern over Kayvee’s mental health, noting that the Housemate might need to see a psychologist.

Kayvee, during his introduction into the BBNaija House last Sunday, promised the viewers to add more “vibes” to the show but it’s of a surprise to the Housemates and even the viewers as he has been keeping to himself and usually isolate himself from the other housemates. 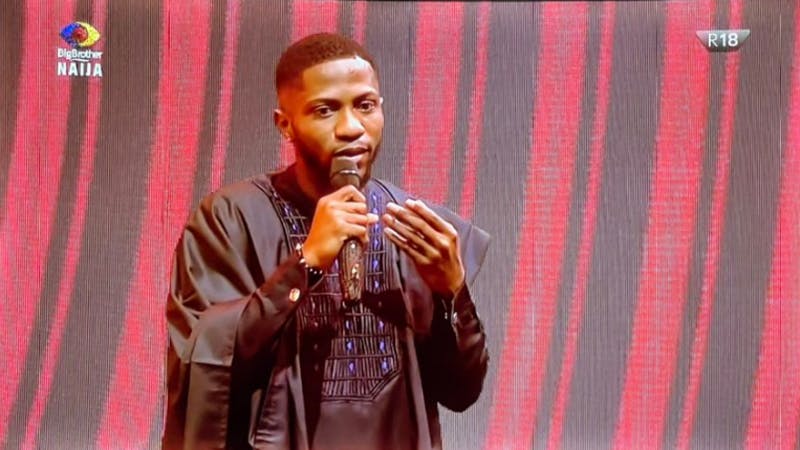 WhiteMoney, Cross, JMK, and Boma, in a conversation on Sunday night, expressed their concern, noting that there seem to be something wrong with Kayvee and he might need to be attended to.

JMK narrated what he has experienced with Kayvee, noting how the 26-year-old photographer suddenly jumped out of his bed, made a loud noise and dashed out of the room before she could get to him to ask what the problem was.

This has, therefore, drawn reactions from the viewers on social media with some saying Kayvee might be suffering from “Agoraphobia and depersonalization disorder and all he needs is warmth and closure.

See The Screenshots of their Comments. 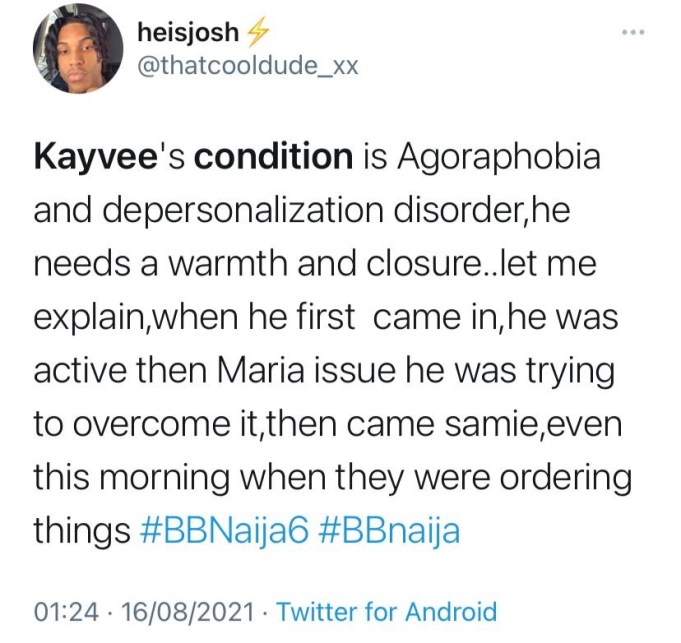 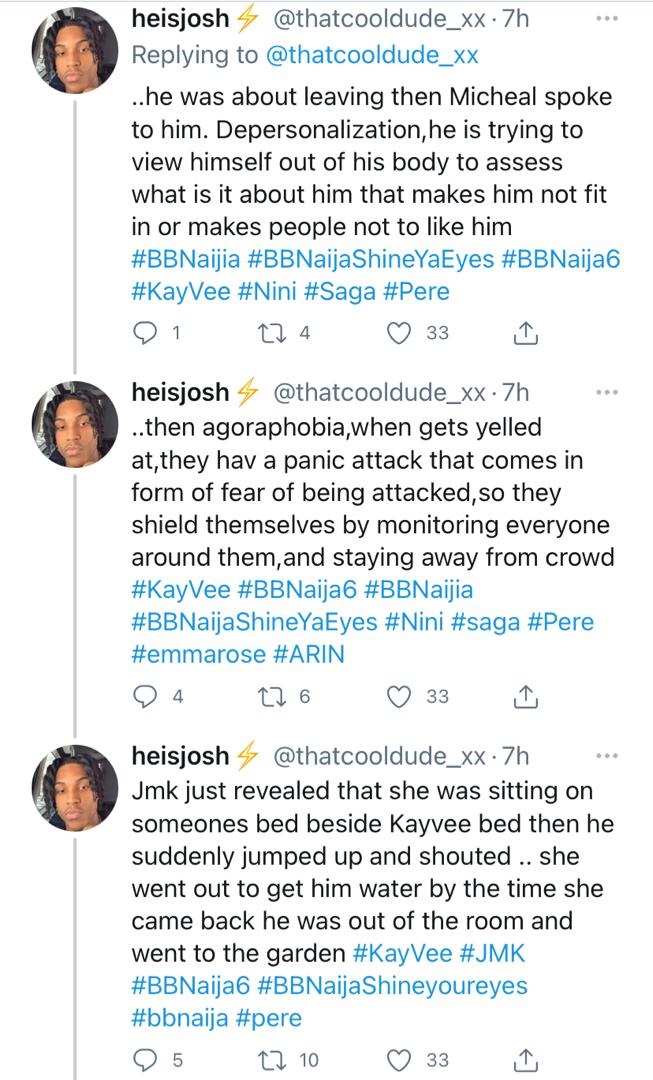