A controversial Yoruba Nollywood actor, Yomi Fabiyi has thrown shade at his fellow actor and a husband to the actress, Toyin Abraham, Kola Ajeyemi, for criticizing his newly produced movie titled “Oko Iyabo”, saying the latter is being fed and controlled by his wife, and they are, therefore, not in the same league.

Since he released the movie, Yomi has been the subject of criticism and has appeared in several discussions on social media, where many drastically condemned the movie while some proclaimed that there is nothing wrong with it.

Kola Ajeyemi, while airing his view on the movie, made a video, where he rubbished the movie, the producer, and those that featured in it. He added that Yomi was not laying a good example and Nollywood actors are being ridiculed in public because of the happening controversies. 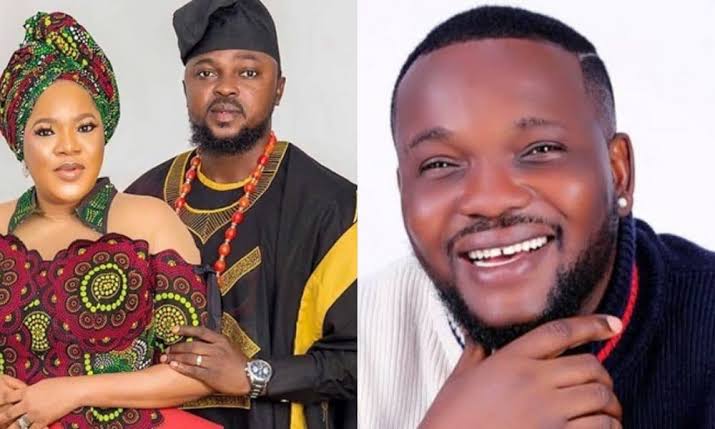 Reacting to this, the controversial actor, in a live session on his official Instagram account fired a salvo at Kola, called him unbefitting names and noted that they are not in the same league. He further rubbished him, saying he’s being fed and controlled by his wife, Toyin Abraham.

Reacting further, Yomi started that he can never choose to settle with someone like Toyin because she wouldn’t be able to control him.

He also cited what he noticed during Toyin’s naming ceremony, noting that Kola was acting based on Instructions given to him by his wife by portraying that he got back from America for the party, which turned out to be a lie.