The Nigerian Police have confirmed the arrest of 10 account hackers in Kano State for allegedly belonging to a gang that specialises in getting on the accounts of individuals, without them knowing to withdraw money.

The security operative also confirmed the group of the arrested suspects contain eight men and two women and they would be charged to court after investigations.

According to a statement issued by the Kano police spokesperson, DSP Abdullahi Haruna-Kiyawa, a team of policemen led by DSP Kabir Wali, acting on credible information supplied to the security operative arrested the suspects in a hotel in Kano metropolis, on July 14, at about 11:50 p.m. 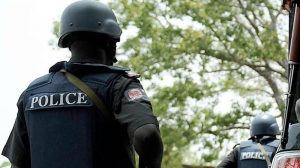 He also noted that all the suspects were living at Sheka quarters, Kano and were arrested in connection with electronic card-related fraud. He added that the suspects have confessed to hacked into various individual bank accounts and withdrawing various amounts of money.

The Commissioner of Police, Sama’ila Shu’aibu-Dikko, ordered for discreet investigation into the matter and added that the suspects would be charged to court after an investigation is carried out.